Home Politics Why didn’t you listen when we told you to learn the protest...
WhatsApp
Facebook
Twitter
Email
Print 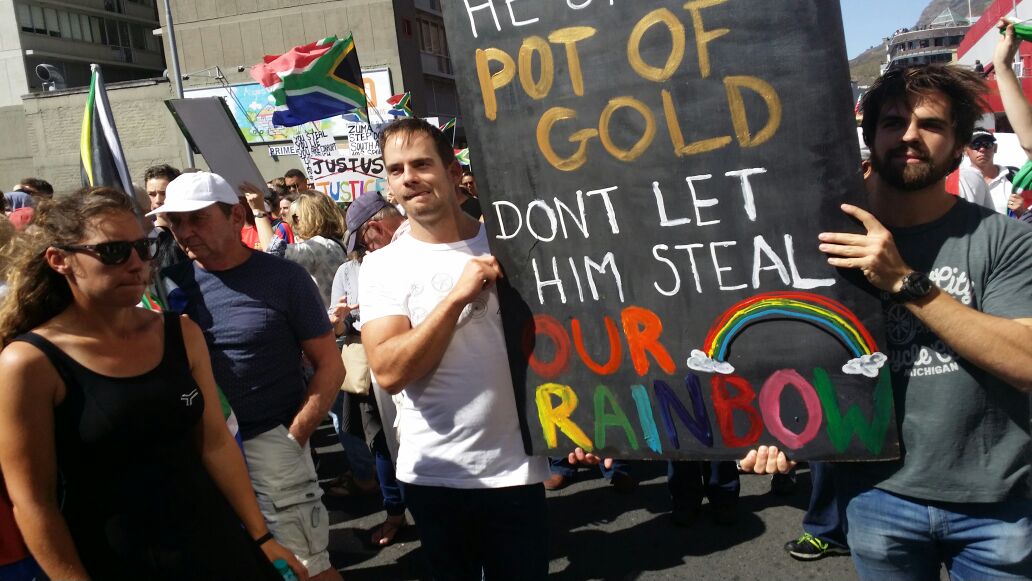 South Africans were out in their numbers to protest against President Jacob Zuma on Friday. While the streets might have been filled with diverse crowds calling for Number 1 to step down, there was an overwhelming number of people on the streets who were clearly new to protests. The Daily Vox team rounds up the protesters who clearly didnâ€™t listen when we told them to learn Senzeni Na.

1. Ah, the Model C kids. Itâ€™s good to know that war cry practice for sports day taught you something valuable.

2. When words (and struggle songs) escape you, you can always fall back on the simple act of clapping.

3. When one thing falls, another must rise. These Saxonwold protesters are keen for SA to rise up.

4. A really special rendition of Michael Jacksonâ€™s Heal the World – tambourine and all. (Also, a tambourine, at a protest, really?)

5. These tannies might have some sick moves but they could have come up with a more creative chant than â€œZuma must goâ€. But itâ€™s pretty catchy though. In fact, we canâ€™t seem to get it out our heads. (Send help.)

6. Weâ€™ve heard Zuma being compared to many things, but Butternut Kop is really something. Â These protesters are clearly not above schoolyard taunts.

There are more protests to come. Just remember, iYoh Solomon is a hit for a reason, and there arenâ€™t even that many lyrics. Again, it’s not too late to brush up.