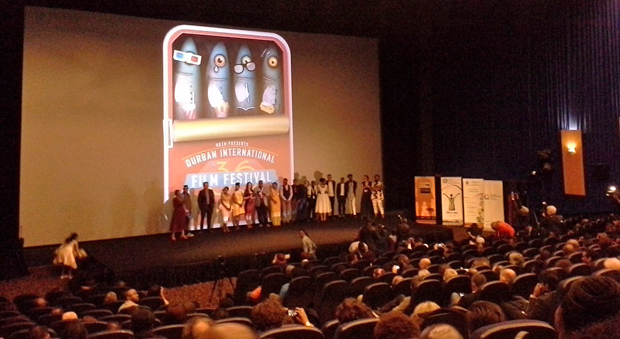 The Durban International Film FestivalÂ Â opened last week with the premier of local movie Ayanda. Film makers, actors, producers and film lovers gathered at the opening, and ZILUNGILE MNISI found out their thoughts on the importance of the local film industry.Â

Sharne Simpson, content producer, Cape Town
As a performer myself, I think the importance of films that are made in South Africa lies in the way it helps you grow as a performer. We all start off on theatre where no one really knows about us, but once a film is produced, your career grows. Iâ€™m always critical when I watch any type of film, but I think I notice a lot of things in local films, because most of the things sound and look familiar since itâ€™s a local production. This festival is important to the local industry as it gives film makers and students validation of their work.

Nelvia Rawheath, student, New York
As South Africans, we have a lot of culture and vibrancy and we have a very unique heritage. It is important to exhibit the culture and diversity of this country in film. I think South African films are really authentic; international blockbusters may have huge budgets and famous Hollywood stars, but local films tell the real stories â€“ even on low budget productions. I think the festival gives local talent an amazing platform and it is great for tourism in Durban.

Nirvana Singh, film critic, Durban
South African films are very important for the fact that they donâ€™t only allow an international audience to see what South Africa is about, but [allow] a local audience to learn about our culture and who we are. I always prefer local films because I look forward to watching something that I can relate to, watching my people. Film is a very important medium to reach a huge audience because it is visceral; you get to see and hear everything all at once. This is the only South African film festival that brings all industry players together.

Lineo Sekeleoane, producer and director, Johannesburg
My goal in life is for South Africa to expose our culture to the world, so film is important for that. I see no difference in films that are produced locally and the Hollywood blockbusters because we are producing great films in South Africa as well. I think it is important for us to make our own stories because our stories and voices are important and, therefore, everyone in the world should witness it. The Durban International Film Festival is important in promoting film makers and also allowing us to meet other film makers from around the world.