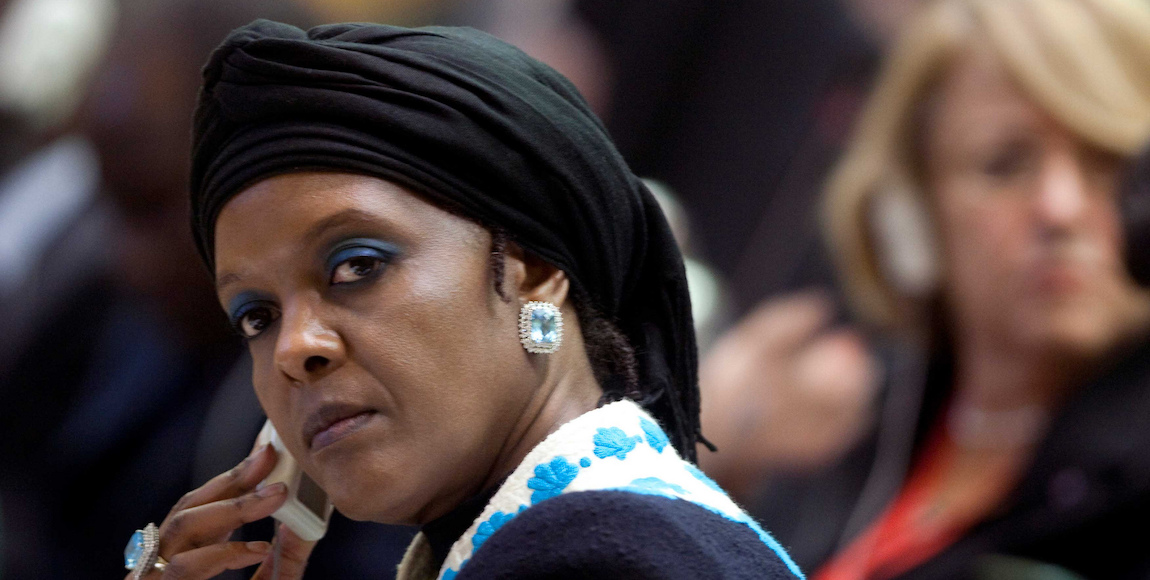 The South African government has received legal advice indicating that, despite travelling on a diplomatic passport, Zimbabwean first lady Grace Mugabe does not qualify for diplomatic immunity and may be arrested for allegedly assaulting a Johannesburg woman.

The Mail & Guardian has learned that frantic behind-the-scenes negotiations are underway between Zimbabwe and South Africa in an attempt to devise a plan that will help Mugabe to avoid arrest.

Although Zimbabwe has claimed that Mugabe was in the country as part of a delegation attending the Southern African Development Community (SADC) summit that starts on Saturday, well-placed government sources have confirmed she had entered the country to seek medical treatment for a leg injury.

On Sunday, reports surfaced that Mugabe allegedly assaulted Gabriella Engels at a Sandton hotel where the 20-year-old model was visiting the first ladyâ€™s sons, Robert Jr and Bellarmine.

The M&G understands that advice from lawyers consulted by the South African government indicates that the nature of Mugabeâ€™s visit and the circumstances around the alleged assault disqualify the first lady from diplomatic immunity.

â€œIf she had come here as part of the official delegation of Zimbabwe to participate in the summit, she would have had diplomatic immunity. But even there, it becomes what we call functional immunity. In other words, itâ€™s limited to if she does anything in relation to the summit. If anything goes wrong, sheâ€™s covered diplomatically because sheâ€™s part of the official delegation,â€ a senior government official told the M&G.

â€œSo even if right now they retrospectively put her as a travelling member of the delegation that is here for the SADC summit, it would still not be enough because what happened in Sandton is not linked to the summit.â€

Itâ€™s understood that Mugabeâ€™s arrest is unlikely to be pursued; the high-level negotiations underway suggest that she will be whisked back to Zimbabwe without appearing before a South African court.

One of the tactics is an intention by the Zimbabwean government to interdict any attempts by South Africa to arrest Mugabe, with Harare arguing that its first lady enjoys diplomatic immunity.

Cathleen Powell, a senior public law lecturer at the University of Cape Town, explained that legally, the first lady has no grounds got justification as she was not an accredited diplomat and couldnâ€™t claim immunity.

â€œThe immunity relating to a particular international summit [such as the SADC summit] is covered by the agreement setting up the summit. Unless that agreement specifically covers the spouses of heads of state attending, she wonâ€™t be covered. The fact that she is on his arm at an international event does not make her a diplomat and does not give her immunity,â€ she said.

The other option would be for the South African government to delay making a decision on whether or not Mugabe will be granted diplomatic immunity, pending which she will be allowed to return home.

â€œWeâ€™re trying to find alternative ways of managing it. I suspect that it may not necessarily end up in court,â€ a source said. â€œThere are all sorts of delaying tactics that are being considered.â€

Political considerations are understood to be the biggest reason behind South Africaâ€™s apparent reluctance to arrest Mugabe. It is understood that fears of isolation in the region and on the continent have forced officials into a difficult position. The historical links between South Africa and Zimbabwe are another factor delaying action on the matter.

This week, South Africans watched as Police Minister Fikile Mbalula gave varying accounts of why Mugabe had not been arrested and questioned the governmentâ€™s apparent lacklustre approach to the matter.

Questions about Mugabeâ€™s location also stirred confusion as, at one point, it was believed that the first lady had travelled back to Zimbabwe after the assault.

In his most recent statement, Mbalula confirmed that Mugabe was still in the country and gave assurances that the necessary legal procedures would take place.

â€œDiscussions with the suspectâ€™s lawyers and the Zimbabwean high commission representatives are taking place to make sure that the suspect is processed through the legal system,â€ Mbalula said in a statement.

A government insider told the M&G that South Africa needed to think carefully about the effect that arresting Mugabe would have on future relations, especially as this would be the first documented case on the continent of a country arresting the first lady of another state.

â€œSo unfortunately all of those issues will have to be factored in, in terms of what we do next, and the only way out of this is to find a loophole where you manage it differently and you allow her to go back home. But arresting a first lady is going to be difficult, if not impossible,â€ the insider said.

The source also warned of the isolation that has befallen African countries and their leaders who betrayed their continental counterparts, using the example of Nigeria giving former Liberian president Charles Taylor safe exile before â€œbetrayingâ€ him to a United Nations-backed tribunal.

Afrikaner lobby group AfriForum on Thursday said a â€œthird partyâ€ had already offered Engels money to â€œmake the matter go awayâ€, but she did not accept it. It did not provide further details of the offer.

AfriForum said it was making sure Engels received trauma counselling. Former top public prosecutor Gerrie Nel, now heading the groupâ€™s private prosecutions unit, vowed to monitor the police and prosecutors closely, and to step in if necessary. The group promised to fight the government to â€œthe highest court in the landâ€ should Mugabe be granted diplomatic immunity and not be arrested.

Engelsâ€™s mother, Debbie, said she was confident that AfriForumâ€™s help would prevent Mugabe from escaping justice.