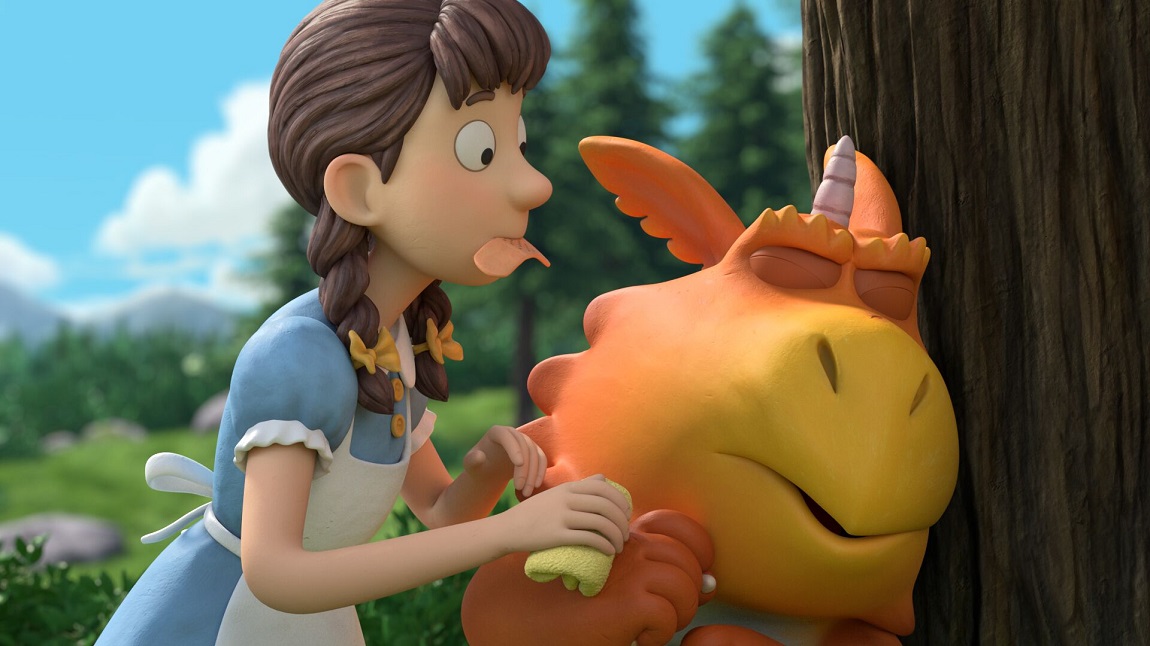 The Cape Town International Animation Festival (CTIAF) kicks off on March 8. One of this year’s main attractions from the festival is the South African premiere of Zog. The animation was a BBC Christmas special animated in Cape Town by South Africa company Triggerfish. Daniel Snaddon co-founder of CTIAF and the animation director of Zog spoke to The Daily Vox. Tell me about the festival.

This is the only festival – as far as I know – of its kind in Africa that is dedicated to animation. It started in 2011 as an initiative between the French Institute of South Africa and Animation South Africa. We showed some French and local films and hosted some talks mostly from people in the South African animation industry. It was geared towards students studying animation and design and was designed to give them an overview. It was just a few of us [in the beginning] working part-time. Over the past eight years, it has grown substantially largely thanks to Diane Makings who is the current director of the festival. We now host some of the world leaders in the industry […] and sort of everyone who’s invested in animation in Africa. It’s the go-to place.

Peter Ramsey, director of Spider-Man: Into the Spider-Verse and Aron Warner, who produced Shrek and The Book Of Life will be at the festival.

Lesego Vorster Wants to Get South Africa And Africa Animating

What can people expect?

They can expect a broad range of talks tackling different subjects all related to animation in some way. Some of the talks can be quite technical. But basically if you are coming from outside the animation industry you can expect a lot that’s specific but it’s pitched quite broad. If you have any idea about how it works, you will find it interesting. My mom came last year and she loved it.

What’s so special about bringing Zog to the festival?

It’s really a surreal experience to have our film shown. It feels like coming home. One of the reasons I started this festival was I thought it was a pity that there was no platform to display animated films. Festivals like the one in Durban and ours play such an important part in building legitimacy and audience for the local film industry.

What’s the message of the film?

Zog has quite a few messages. It’s been celebrated as a feminist movie because the princess in the story denounces her privileged life and says she wants to choose her own destiny. I am delighted about that. Zog himself has a similar realisation that who he wants to be as a kid is not who he really is. The relationship with the princess changes his dream. We want our kids to grow up thinking for themselves and make up their own minds about what’s right and wrong. We don’t want them to fall into pleasing other people. For me, the movie is about that.

What is the animation industry like in South Africa?

The industry is poised to do some really remarkable things. The tricky thing is we have had a problem finding sustainable projects. It’s got to do with trying to fund big projects. Smaller studios are doing excellent work where you can see international ads and who are recognised in the world. There have been exciting things happening with movies and films. It shows that there is a talent to do really interesting things. I think what we are about to see is a short period of rapid expansion with a lot of necessity for local skilled artists. There is a lot of good stuff coming for South Africans who enjoy the animation.

Tell us a bit about ‘Draw for Life’?

It sparked out of frustration we – my wife and I – had with the lack of transformation in the industry. Animation is such a new career that people who haven’t had access to education and whose families are counting on them to make money and bring it home it’s a tough sell. It’s risky and unpredictable and not a lot is known about it. We are trying at a very grassroots level to encourage kids to draw and think about drawing as a way to enter into [different fields] as well as animation. Some of the kids have even gone onto study animation at universities. There have been some positive outcomes. It takes place over the weekends.

Do you have any advice for young animators?

Triggerfish is about to launch an online platform specifically to help young people interested in animation. It’s a one-stop place to find information to get the tools if you want to pursue animation as a career.

Other than that all I can say is draw as much as possible. Take a pencil and draw as much as you can. That’s the one thing that links as all: we started drawing from young and kept drawing.

CTIAF will happen March 8 until March 10. For more information, visit http://www.ctiaf.com. Zog will have its African premiere at 8 pm Friday, 8 March 2019. Tickets cost R50; bookings are made at http://www.webtickets.co.za.

This interview’s been edited for clarity and brevity.