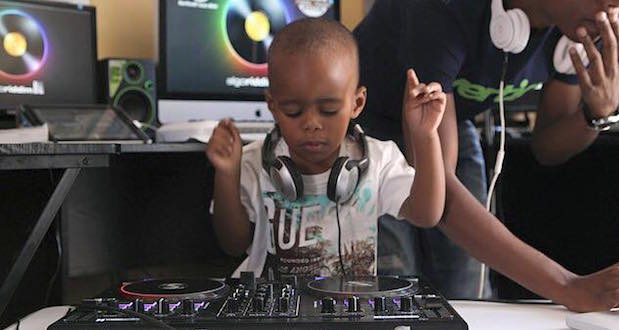 At an age where most kids are getting the hang of grammar and dropping their diapers, AJ Madumo Hlongwane is hanging headphones and dropping the bass in ways that David Guetta could only gurgle of at age two.

According to the Guardian, â€œDJ Arch Jrâ€, as he is affectionately known, began his jockeying-journey at two-months old, tinkering with a DJ app on his fatherâ€™s iPad. Two years later, the little prodigy from Alexandra has already begun a DJing course at college and been inundated with offers of gigs.

The only obstacle to Arch Jrâ€™s stardom now (besides an 8pm bedtime) may be his father, Glen Hlongwane, who insists that: â€œHeâ€™s still two so I need to protect him. This business is not small.â€

Something tells us the Deep House Mozart wonâ€™t be hampered by his protective dad.