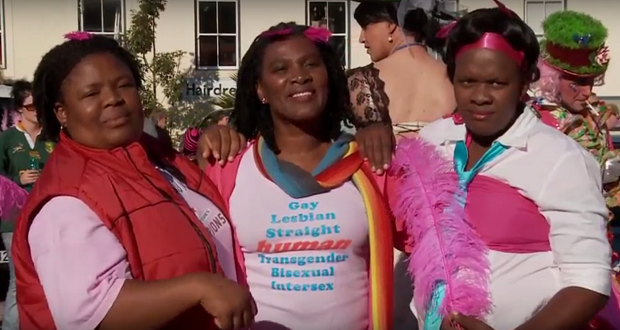 To commemorate World Aids Day we looked at the story behind the filmÂ Positively Beautiful, a story of five friends who have been living with HIV for over 15 years. The film was screened at the this yearâ€™s Global Health Film Festival in November. We caught up with the film’s director, Diveena Cooppan, to talk about the film, HIV/AIDS in South Africa and why the stigma still persists.

What inspired you to make thisÂ film?

I work in public health and was directly involved in projects on the ground in South Africa. There was success but it was greatly limited by the stigma surrounding the disease. The people featured in the film are people that I worked with. I found their story inspiring, as did the people they worked with. I saw them as everyday role models and wanted to share that with the rest of the country.

Africa is so often seen as a continent of hopelessness and suffering. This was the dominant portrayal of Aids in Africa as well. There is a lot of suffering but what is often neglected is the amazing sense of hope and inspiration that exists. The introduction of ARVs changed the game and a positive story needed to be told.

The film also tries to challenge the stigma around HIV/AIDS. Why do you think this stigma persists in 2016?

HIV has always carried a great stigma with it. It is most commonly sexually transmitted, it was associated with death – people with HIV are assumed to be promiscuous or viewed as if death is imminent. There is internal as well as external stigma. These things take a long time to change. They wonder if anyone will love them, will they be able to have a family, how will people judge them if they have HIV. People see it as a disease of the other.

Was it particularly challenging putting this film together?Â

Extremely challenging. This is my first film and I have no prior experience with filmmaking. Also, I chose to make a feature film and a docu-drama rather than an educational HIV film. Traditional funding mechanisms were not open to me. I relied entirely on the generosity of over 230 people who believed in this project. There was a steep learning curve and it took a long time.

How did you choose the cast of the film? Did thisÂ group of people already know each other?

I had worked with all of the cast in my capacity as a public health programme manager. They also knew each other. In the research and development process I interviewed several people and recorded it on a home video camera. I then went through the footage to see which stories and characters stood out.

One of the cast members, Nomfundo, is a lesbian. Do you think there is a double stigma when it comes to LGBTQ community members who have HIV/AIDS in South Africa?

Absolutely. Nomfundo regularly shared the challenges that she and her friends have experienced. In fact she is now more comfortable being open about her HIV diagnosis but will examine her environment very carefully before she shares anything about her sexuality – primarily because of her physical safety. The threat of being attacked is very real and something they have to regularly fear. The support of her HIV community has been integral to both these journeys.