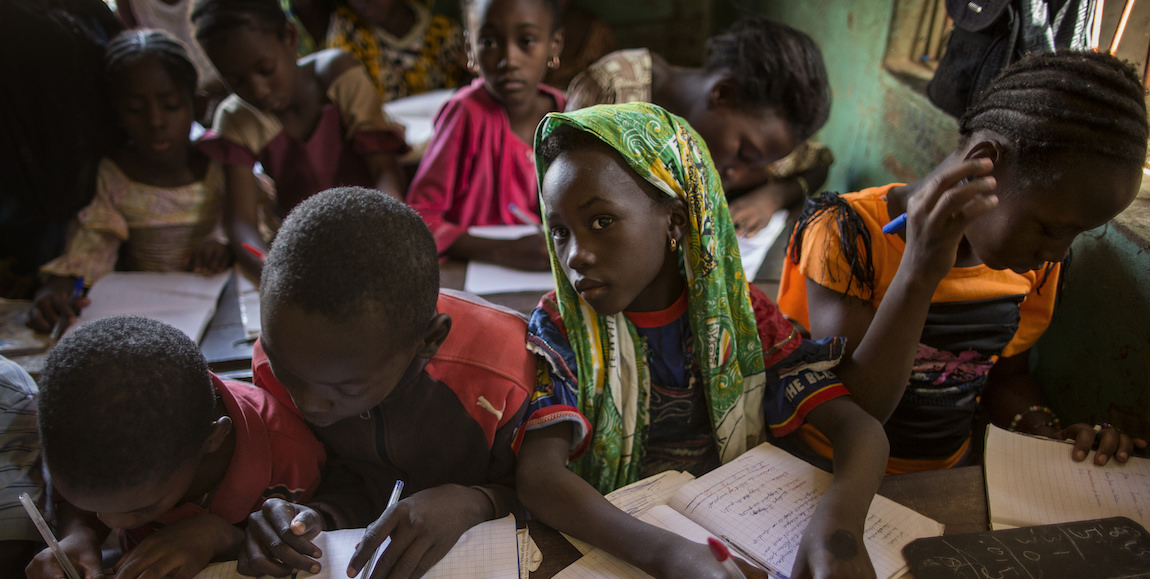 The projected expansion in Africa’s child population will necessitate an increase of more than 11 million skilled education and health personnel by 2030, if it is to keep pace with the continent’s unprecedented demographic transition, UNICEF said today.

Africa’s child population is projected to increase by 170 million between now and 2030, taking the number of the continent’s under-18s to 750 million. This is according to Generation 2030 Africa 2.0: Prioritizing investment in children to reap the demographic dividend, a new report released by UNICEF on child demographics in Africa and their implications for the continent, and the world.

The report identifies three key issues for investment: health care, education, and the protection and empowerment of women and girls. Concretely, Africa will have to add 5.6 million new health workers and 5.8 million new teachers by 2030 to meet minimum international standards in health care and best practice targets in education due to the rapidly growing population.

“Investing in health, protection, and education must become an absolute priority for Africa between now and 2030,” said Leila Pakkala, UNICEF’s Regional Director for Eastern and Southern Africa. “We are at the most critical juncture for Africa’s children. Get it right, and we set the foundation for a demographic dividend, which could lift hundreds of millions out of extreme poverty, and contribute to enhanced prosperity, stability, and peace.”

The UNICEF report states that almost half of the continent’s population is under 18 years old, and children comprise the majority of the population in around one third of the 55 African Union member states. On current projections, the number of Africa’s children will top one billion by 2055.

“Imagine the potential of one billion children,” said Marie-Pierre Poirier, UNICEF’s Regional Director for West and Central Africa. “If Africa steps up its investments in children and youth now, transforms its education systems and empowers women and girls to participate fully in community, workplace and political life, it will be able to reap faster, deeper and longer dividends from its demographic transition.”

Critically, the Generation 2030 Africa 2.0 report also notes that Africa can reap a demographic dividend that will see per capita incomes increase by up to four-fold by 2050, if policies which promote job growth are made alongside international and domestic investment in Africa’s human capital.

Conversely, if investments do not occur in Africa’s youth and children, the once-in-a-generation opportunity of a demographic dividend may be replaced by a demographic disaster, characterised by unemployment and instability.

1. Improve health, social welfare, and protection services to meet international standards; or beyond, in countries close to attaining them.

2. Adapt Africa’s educational skills, and vocational learning system through curricula reform and access to technology, to enhance learning outcomes, so Africa’s children and youth can meet the needs of a twenty-first century labour market.

3. Secure and ensure the right to protection from violence, exploitation, child marriage and abuse; and remove barriers preventing women and girls from participating fully in community, workplace, and political life with enhanced access to reproductive health services.