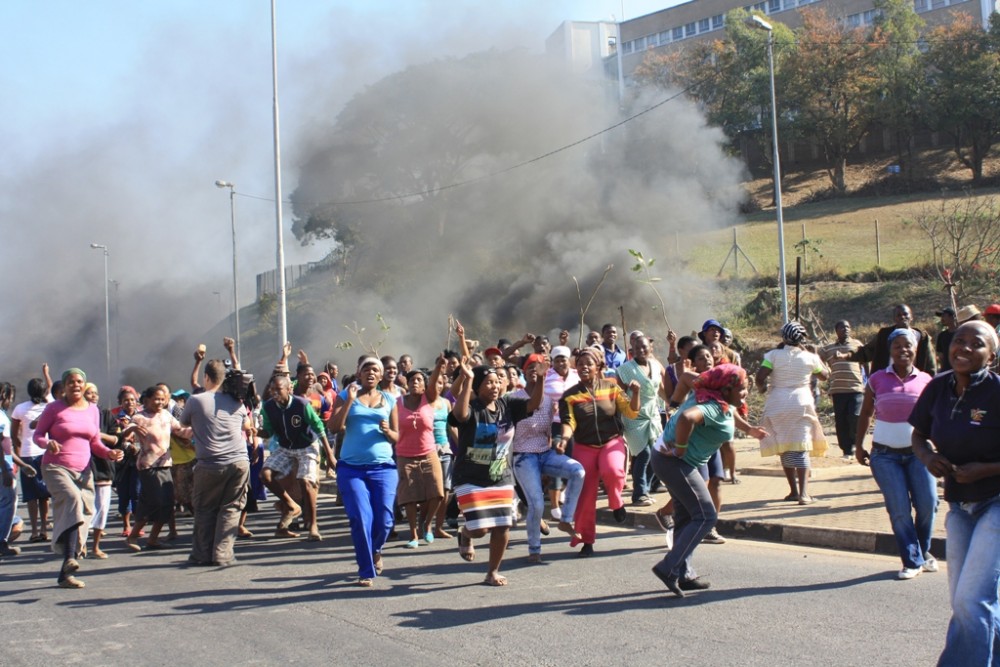 With over five protests a day,Â South Africa isÂ sometimes referred to as theÂ “protest capital” of the world.

â€œIs there a radical re-alignment underway in South African politics, which is insurrectionary and counter hegemonic, that may result in an African Spring?â€ Or are South African citizens simply using protest as a way to demand better public service? This is the question posed by political analyst Ebrahim Fakir, who delivered the 2014 Ruth First Memorial lecture at the University of Witwatersrand last week.

Fakir, a Ruth First Fellow andÂ manager of governance institutions and processes at the Electoral Institute for the Sustainability of Democracy in Africa, has researched Bekkersdal, a mining town rich in gold, which sits in no-mans-lands at the very border of Gauteng, as a case study on why protests have become entrenched in post-apartheid South Africa. What he found was â€œdisaster and a dystopiaâ€ he says.

Bekkersdal is a community starved of basic services and proper leadership, repeated protests have occurred there from 2005 to as recently as the 2014 national elections.

Fakirâ€™s lecture paints a woeful picture of poverty-stricken people living in a democratic South Africa where the struggle for liberation is still being fought along the fault lines of housing, electricity and service delivery, and hampered by an ineffective leadership littered with corruption, maladministration, and a failure to engage with local communities.

He concludes that the protests are not a revolutionary action designed to topple South Africaâ€™s current regime but rather a demand for aÂ Â â€œbetter quality democracyâ€.

“There is little evidence in the Bekkersdal case study that the protests are a counter hegemonic insurrection. If anything, the protests, are a demand for a better quality democracy with more robust representation and responsiveness, as well as, ethical government,” he said.

The Ruth First Memorial lectures, which focus on the liberation of black South Africans, take place in August each year to commemorate the life and legacy of the anti-apartheid activist who was assassinated while in exile.