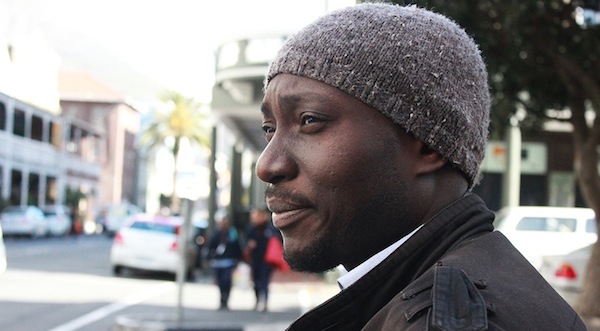 Earlier this month, the City of Cape Town announced that it has recommended the renaming of Table Bay Boulevard – the section of the N1 freeway closest to the city –  in honor of former president FW de Klerk. Many see this as a step backwards for the City when it comes to reconciliation. The African National Congress (ANC) will be opposing the move.

The DAILY VOX team took to the streets to ask South Africans whether they think Table Bay Boulevard should be renamed in honour of De Klerk.

Moses Thebola, 30, unemployed, Mpumalanga
How can one even consider elevating de Klerk to the status of having saved us from apartheid? We have people like Robert Sobukwe whose contribution and struggle credentials are intact. Those are the kind of people who deserve praise for their contribution. That man does not deserve any praise. He was a huge part of the leadership that could have turned things around for South Africans but he did not and now somebody wants to thank him for some role he played in ending apartheid? What role? I’d rather they leave those streets alone and focus their attention on solving the many challenges that the country faces currently. No street must be named after him; he does not deserve that.

Portia Thusi, 25, unemployed, Naledi (Gauteng)
I don’t think that de Klerk deserves any praise. Whatever he contributed to ending apartheid was no voluntary action of his. He was under pressure and acted against his will, which was to ensure oppression against black people prevailed. Who knows, perhaps today I wouldn’t be living in a shack if it were not for de Klerk’s actions of opposing our liberty. The man did nothing good for this country but instead stalled on negotiations that would have set us well on our path to liberation. [This] move to honor him has been motivated by people who want to compensate and console white people in Cape Town who feel left out.

Tsholofelo Radebe, 17, learner, Limpopo
I think that Mr De Klerk deserves to have a street in Cape Town named after him because he contributed to ending apartheid. Even though his role was diminished by the acts of violence by whites on blacks at the time but he made his contribution to the freedom of this country. He also handed over power when it was time to do so. Somebody else could have held on despite the rate and brutality with which our people were being killed. He deserves the credit of having helped end apartheid. His contribution is just dwarfed by the person of Mr Mandela and other notable black leaders.

Mpho Mopai, 33, fashion designer, Greenpoint (Western Cape)
He had to do what he did, which was release Mandela and stop apartheid, because if he didn’t we would be in anarchy today. He knew the apartheid regime was coming to an end, so he had no choice. Should things not have forced him to do the things that he did, we would still be in apartheid now. I don’t really think he has to get props [recognition] the way he’s getting them now – We have a lot of black people who are heroes who fought for us, why should we name a street after de Klerk?

Scott Hendrie, 34, executive chef, Parklands (Western Cape)
Many presidents have decided that they won’t give up their regime, even with [international] pressure. Being pressured doesn’t mean they have to make the right decision. Mugabe is one of these presidents – his people still suffer because of his decisions. I don’t think it would be a bad thing if Table Bay Boulevard was named after de Klerk; there are few things named after him, I think, in South Africa. He has a Nobel Prize with Mandela, he is responsible for all of us being here now.

Keabetswe Moopelo, 23, merchandiser, Vosloorus (Gauteng)
If we do not rename Table Bay Boulevard after de Klerk it will look like a terrible thing, as if South Africa has not reconciled. But the truth is that we have not fully reconciled and we do not live in an equal South Africa. If we are really reconciling then let us continue to name things after more black people; white people have had a lot of things named after them. I know the negotiations to end apartheid were between him and Mandela but it is not like he ended apartheid willingly; he did not have a choice and I don’t think he should be congratulated for that.

* Voxes are edited for brevity and clarity