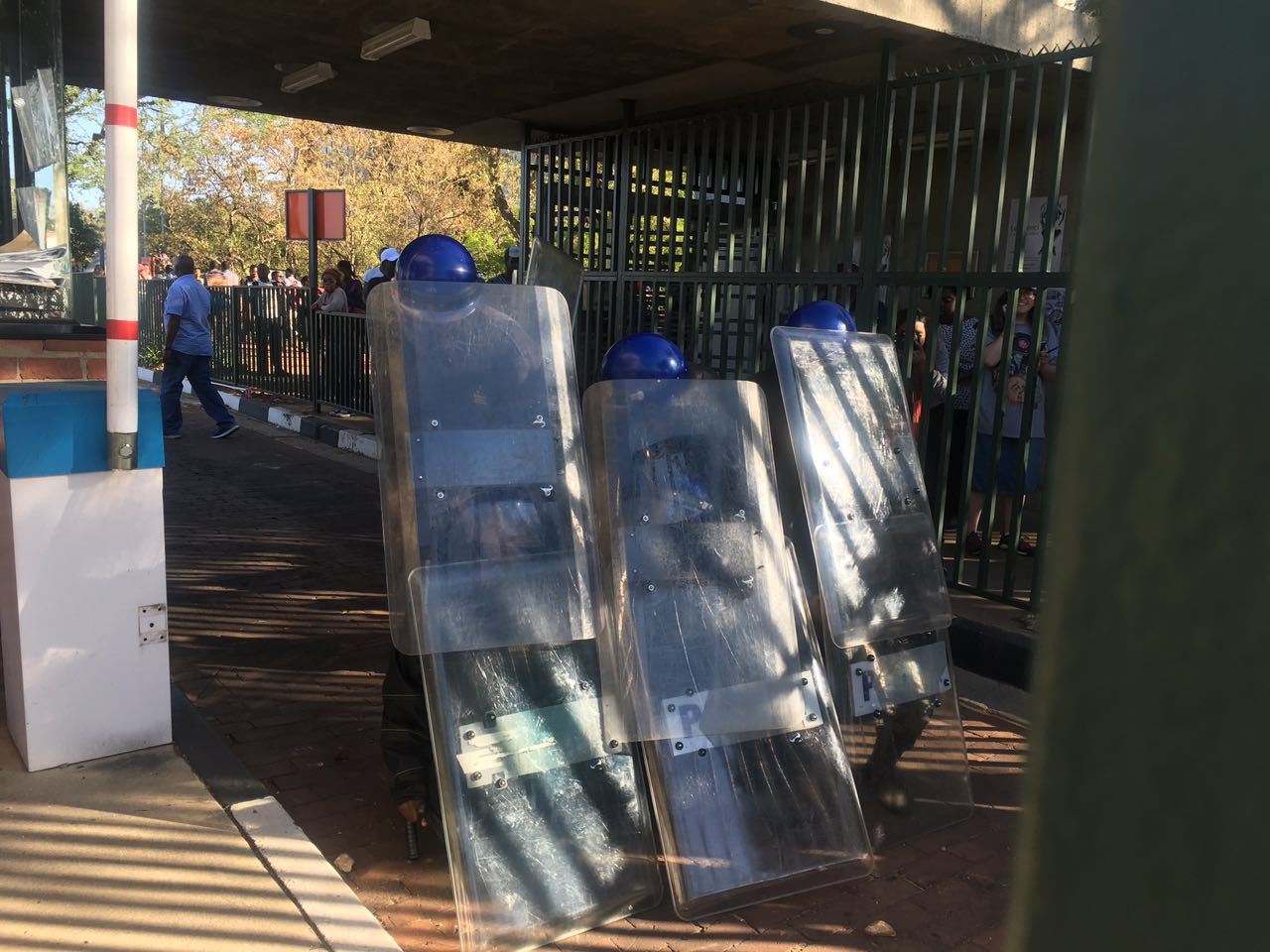 Security guards in South Africa are known for abusing their power but what a few people know is that security do not hold any real power according to the law.

A man was killed outside the Athlone Magistrate’s Court in the Western Cape earlier this month while security officers watched.

In another incident, a woman was assaulted in Cosmo City a few days earlier by security guards while her 3-year-old was present – because her daughter apparently relieved herself in the store. The guards have since been arrested.

The security industry in South Africa is one of the biggest in the world. In 2013, R55 billion was spent on private security. The industry employs close to half a million people.

Director of BDK Attorneys, Ulrich Roux who specialises in defence and commercial litigation said security guards are private citizens. “Whatever a private citizen is restricted from doing, so is a security official,” he said.

What security functions are they permitted?

Security guards are regulated by the Private Security Industry Regulatory Authority (PSIRA) who have a code of conduct which security companies have to ascribe to. Provisions are made for these in Private Security Regulation Act. The authority is mandated to registration of service providers, ensuring compliance and advise state on all matters of private security, among other things.

The act states that a “security service provider may not infringe any right of a person as provided for in the Bill of Rights”.

PSiRA’s code of conduct also says security guards may not break open or enter premises, conduct a search, seize property, arrest, detain, restrain, interrogate, delay, threaten, injure or cause the death of any person, demand information or documentation from any person, or infringe the privacy of the communications of any person, unless such conduct is reasonably necessary in the circumstances and is permitted in terms of law.

Gareth Newham from the Institute for Security studies told The Daily Vox that this means that security guards have no right to interfere with people or their property except in exceptional circumstances where it may be allowable by law. “For example, if they reasonably believe that a person has committed a crime or is about to commit a crime, they can affect a citizen’s arrest if safe to do so and must hand that person over to a police official as soon as possible,” he said.

He said if there are exceptional circumstances like a building is burning down, then in order to save a person’s life it may be considered reasonable to break down a door to rescue someone. “But they could not enter private premises if they believe a wanted criminal suspect is hiding inside. They would need to call the police and report this information like any other civilian,” he said.

Who are they there to protect?

A security guard’s primary focus is to protect their client’s interests and property, and to act against treats. The security company and client agreement on the scope of their duties and the security guards take instructions from the client on this basis.

They are, however obligated to help police, and not obstruct them, in their investigations.

When can security guards arrest a person?

Being private citizens, security guards may conduct a citizen’s arrest. This can be done by any private citizen who may only do so if they reasonably suspect a criminal offence to have been committed; they reasonably believe the person to be trying to escape, after committing a criminal offence; and – the person is involved in an “affray” (a fight, commotion or disturbance).

Note that this can be done by any person according to the Criminal Procedure Act (1977). There are no special laws which allow the security guards specifically to do so.

The affidavit should include:

A PSIRA prosecutor will take control of the matter, but you may be requested by the prosecutor to provide additional information or called as a witness to testify at the enquiry.