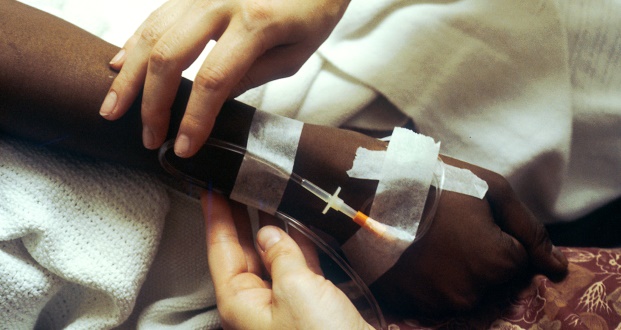 Students countrywide have set the country alight over the past few months. Irrespective of the diverse nature of the group as well as their demands or whether one agrees with their objectives or their methods, theyâ€™ve forced everyone to sit up. But inequality in South Africa extends far beyond the classrooms and universities. And for *DR THOMAS GRAY, one need not look further than our hospitals to understand why the status quo has to change.

The #FeesMustFall movement has certainly made everyone sit up. From citizen one to citizen ten, the student movement has shaken us all. And if there is a humorous side to all of this, it is how these legitimate demands have brought out the closet racists and fascists trolling social media platforms.

Setting aside the glaring and underlying racial tensions that have played some part in fueling and possibly aggravating this movement, this is a story borne out of the raging and entrenched inequality in this country. Frankly, the majority of â€œpreviously disadvantagedâ€ people in South Africa are still living shitty lives.

And, as a doctor working in the public sector, I have no doubt that the #FeesMustFall protests and the horrific difficulties at public hospitals are part of the same problem. That is, the unequal access to dignity and a better life.

I am going to talk about cancer patients at public hospitals, who, in my opinion, are amongst the most vulnerable and sometimes most forgotten.

What is cancer?
Okay, I need to talk shop for a minute. Donâ€™t run away.

Our body naturally replenishes the cells that make up the various organs. When a genetic mutation occurs, resulting in the production of abnormal cells, this can lead to cancer. That is cancer, in a nutshell.

The deadly thing about cancer is that it doesnâ€™t like to confine itself to just one organ and has a tendency of invading into other organs or spreading through the bloodstream to distant organs, especially the bones.

The timing of treatment in cancer is critical. Early treatment is essential to prevent the spread. If the cancer still confined to one organ it may still be able to be resected (or cut out). Delays in diagnosis and treatment of cancer inevitably complicates treatment and decreases the chances of survival, as the cancer spreads to other organs necessitating the use of more drastic and potentially toxic in themselves treatment modalities such as radiotherapy and/or chemotherapy.

And now to the realities
A heart-wrenching Facebook by a certain Lulu NdlovuÂ captured the attention of many in South Africa and hopefully around the world as she narrated the daily struggle of millions of poor South Africans in their quest for cancer care. Patients are put through their paces and made to wait long periods for a definitive diagnosis. And then, they have to wait again for life-saving treatment. It is completely absurd.

As you can expect, based on the long waiting periods for diagnosis and treatment, many patients die before receiving treatment or suffer from aggressive cancers that progress to an untreatable stage before they are even able to honour their date of treatment.

What about the children?
Some days ago, I spoke to a bunch of doctor friends at the paediatric oncology unit at one of Gautengâ€™s flagship public hospitals.

It came as a shock to me when one doctor in particular mentioned the plight of many children with life-threatening blood cancers (leukaemia and lymphoma). He said that the childrenâ€™s treatment is often delayed, as they are unable to get spots on overloaded and backlogged operation lists. The children need special lines or catheters inserted to be able to receive life-saving chemotherapy and drugs, and they are told to wait.

I could elaborate on many other examples but they all essentially say the same thing: the public sector is overloaded and dying cancer patients are amongst those who bear the brunt of it. Their plight is further underlined by the fact that time-dependent life-saving interventions are simply not available for them.

The effect on us as doctors
Doctors, especially those of us in the public sector, are often on the frontline, and it is left to us to break the catastrophic news to the patients. We have to tell them that they have cancer, and that we are unable to treat them, or that they are going to die before we are able to arrange treatment for them.

Frankly, it is soul shattering for us just as much as it is for the patients.

Some may choose to hide this fact from our patients and the public, but believe me, it affects each and every one of us.

We each die, every day.

The best we can do is to ask them to complain to hospital management, which is an insult to the medical fraternity – a doctor asking a dying patient to complain on his or her behalf. What a shame.

Armed with years of training and sleepless nights which accompany the painful path to knowledge and skill, we are left helpless and held hostage by the powers that be.

To those lives lost and those still enduring, salute.