Home Voices Drought in KZN: “The rain will come soon enough, it has to”
WhatsApp
Facebook
Twitter
Email
Print 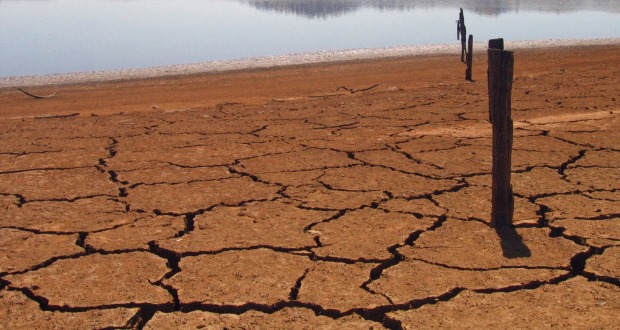 Kwazulu Natal is one of five provinces that were declared water disaster areas late last year due to the worst drought to have hit South Africa in decades. The effects of the drought have not been felt equally across the province, but water restrictions have been put in place in some areas. QINISO MBILI spoke to Durban residents about the issue. Luyanda Zulu, 21, student, Durban
I am originally from KwaNongoma, one of the hardest-hit areas, so I am very aware of the drought. In my village, we have been struggling with water for the past few months. The water truck comes only twice a week and we can only carry so much water. We use all the water from the truck for cooking and drinking. For washing, we have to see where we get that from. Sometimes we have to walk kilometres to get just a few litres of unclean water so we can wash. The communal taps have long gone dry and the farming is suffering greatly. There is nothing I can do to help improve the situation as we have already run out of water. Sinokubonga Mthembu, 20, student, Durban
My home is in Ulundi and we are very affected by the drought. People with vans have started selling water to locals. They fetch the water from far in large containers and they sell the water to us. It has been slowly getting more and more expensive. 20 litres of water sells for R20. Now you might be thinking thatâ€™s cheap, but it is not when you have a big family, which is usually the case in my community. So people are struggling; the best that can be done now is if government intervenes and provides more water trucks for our community. Themba Zulu, 27, student, Durban
I have just returned to Durban from home in Swaziland. I hadnâ€™t been keeping track of South African current affairs while I was home for the holidays. I found out about the drought when I got here. Swaziland is also drought-stricken but my neighbourhood has not yet experienced water shortages. So far, I havenâ€™t experienced any effects resulting from the drought here in South Africa, but I will adhere to the water usage recommendations in place. Sithabile Nkomo, 20, student, Umlazi
In my neighbourhood, there are little to no water restrictions. When they force them, it is during the night and this does not affect us that much. In my family, we use the water just as much as we used to before. It is business as usual. I do not think we are going to feel the effects of the drought. The rain will come soon enough, it has to. Nokulunga Ntshangase, 22, student, uPongolo
In my community, we use both the river and taps for water. Since the drought, all the rivers have dried up and the water restrictions are very tight. Water is available only for two or three hours per day. My family does all it can to save and collect water but with others not doing the same, one familyâ€™s effort is like a drop in the ocean. Most families in my community are poor and this drought has placed unnecessary weight on their shoulders. Something has to give in, I hope the rain comes or the government intervenes soon enough.

Voxes have been edited for brevity and clarity.
Featured image via Tim J Keegan on Flickr