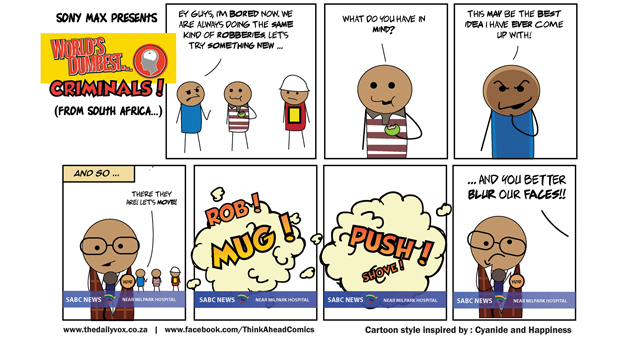 South AfricansÂ wereÂ shocked on Wednesday night when SABC contributing editor Vuyo Mvoko was muggedÂ on camera. At least the SAPS wonâ€™t have to scramble to put together an identikit – the faces of two of the muggers were clearly visible on footage captured by the camera that was pointed at Mvoko when they decided to strike. But seriously, making a living outside the law doesnâ€™t mean you shouldnâ€™t pay attention to standards. If the SAPS manage to arrest these guys, they will surely deserve their spot on The World’s Dumbest Criminals.