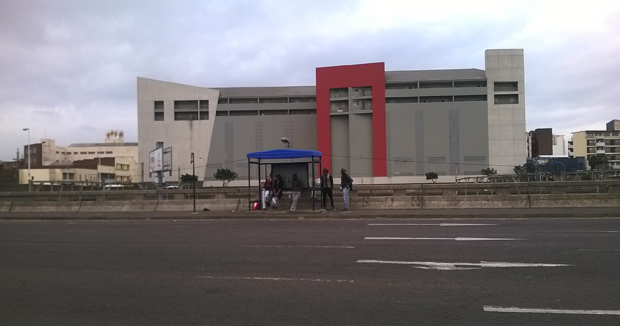 Bus drivers at the eThekwini Municipality bus service â€“ run by private company Tansnat went on strike from Thursday to Monday following a dispute over payments to their provident fund. TheÂ service was back to usualÂ on Tuesday,Â but the incident has shown how even aÂ short public-transport strike can have aÂ big impact on commuters. ZILUNGILE MNISI spoke to Durbanites to find out how theyÂ wereÂ affected.Â Ntuthuko Mzoba, 29, petrol attendant, Ntuzuma
We buy tickets that last us a month only to find that they embark on a strike. This affects us in a huge way because we budget for our monthly bus fare, so when there are no buses, we then have to take taxis, which are more expensive. I personally sometimes have to miss work. Last Thursday I had to wait at the bus station; I did not even know there was a strike until I realised the bus was not coming. The bus fare recently increased, so it is already expensive. Now I have to forfeit the money I used on the monthly bus ticket I have. Senziwe Mkhize, 25, KwaMashu, shop assistant
I do not normally take the bus but I can see the strain that this strike has on my relatives, friends and colleagues. Some of the people I work with came to work very late on Friday due to lack of transport. My sister had to hike in order to get to town. This is how much the strike is affecting people. I hope that the driversâ€™ demands are met because people are so dependent on the bus transportation system. Taxis are an expensive alternative that people have to resort to due to being desperate for transport. Precious Mncube, 18, Umlazi, student
I have come from attending classes on campus and am waiting here; not knowing whether the bus will come or not is stressful. I cannot afford taxi fare because I have already spent money on bus fare. A bus strike has affected me before: the last time there was such inconvenience, and an exam had to be postponed. The university had to arrange a special exam for students that could not write due to lack of transport. So I know the struggle of being stranded and not having transport â€“ this strike basically affects my education. Sandile Shezi, 23, Umlazi, assistant plumber
I do not often take the bus. I take it probably once in three months. This strike does not really affect me. As I think of the few times that I take a bus from work to home, the bus station is closer to my house as compared to where the taxi drops me off. Buses in general, are always on time. It is convenient because I know that there are bus times and in that way when I decide to take the bus, at least I am certain as to what time I will get to my destination. In some sense I understand the frustration of daily bus commuters, especially with regards to getting to work or school on time. Brandon Maphumulo, 19, Marinhill, student
As you can see, I have a coupon [ticket] in my hand. I cannot imagine what would happen if the bus does not come. I do not take a taxi to town, but I was forced to take one on Friday because there were no buses. I am hoping that the bus will come now, because in the morning some drivers were willing to work but they were stopped by their colleagues. That is what I donâ€™t get â€“ how everyone has to be on strike even if they are willing to work.