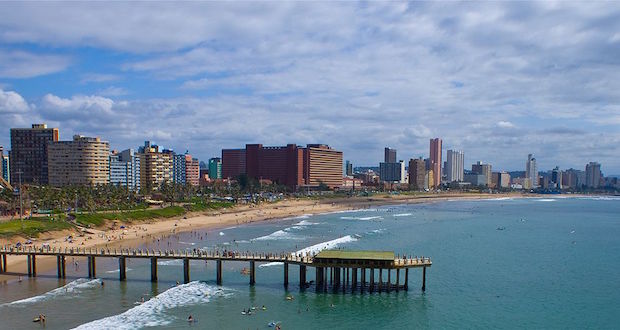 Despite stiff opposition to the idea, the city of eThekwini has gone ahead with its bid to host the 2022 Commonwealth Games. The only other contender, the city of Edmonton in Canada, withdrew,Â citing financial constraints. The city remains mum on how much exactly it will cost to host the games. Initial estimates were in the region of R98-billion but this figure may have dropped since Edmonton pulled out. ZIMASA MATIWANE asked Durbanites whether the city should be hosting the games. Kosalay Naidoo, 55, educator, Phoenix
I am in favour of Durban hosting the Commonwealth Games, because it will bring revenue to the city. This could be a great opportunity for Durban. We have the facilities and infrastructure in place; we are not going to start preparing from scratch. Look at Moses Mabhida Stadium, it was built for the World Cup and itâ€™s now just lying there, hardly ever used. But I would like to see the games bring some income for the poor, through small businesses or employment; that would be a great thing because people are struggling. Itâ€™s worrying though that a first-world city withdrew because of costs. But if we can afford it somehow, then why not? Logan Pillay, 37, sales and marketing, Glenwood
I think the city is not ready to host an event of this magnitude. We still have a lot of development to do. Yes, the Commonwealth Games will bring in money and increase tourism, but the people who need the money the most will not benefit, just like in the soccer World Cup. Just ask yourself how a sick, unemployed personâ€™s life will benefit from the city spending so much money on recreational events. To host it, we need millions; maybe that money could be used for housing, healthcare, bursaries and Eskom. Itâ€™s no use hosting these events when our people are suffering. I think we should always put the people first. Nompilo Zondo, 33, street vendor, South Beach
I rely heavily on international tourists; I could be in favour of any event that will bring in international tourists â€“ but not anymore. I learnt the hard way during the soccer World Cup. Firstly, tour guides donâ€™t bring tourists to this area because of high crime rates. We are in front of hotels, but tourists go to safer places â€“ like uShaka Marine World â€“ to buy what we sell. I would rather the city invests that money into keeping our streets safe, and building sports facilities for our children, because they donâ€™t have jobs and end up smoking wunga. I spend R60 a day on transport and storage for my goods and sometimes I donâ€™t sell anything because the few tourists that pass by never bring their wallets because of crime. Domestic tourists donâ€™t buy much because they have what we are selling. I think itâ€™s a waste of money. Letâ€™s fix our city before we invite visitors. Brian Smith, 66, unemployed, Durban CBD (homeless)
I didnâ€™t know the city was planning to host such a huge event. I wouldnâ€™t say Iâ€™m happy, because living on the streets means breaking the law. I am not allowed to live on the streets, but I have nowhere else to go. Things get tough for us when there are a lot of international visitors. Firstly, we are dirty and disgusting and we scare tourists so we are usually chased out of the city. During the soccer World Cup I slept inside pipes at the harbour; the police couldnâ€™t find me there. I lost my ID â€“ I donâ€™t get elderly pension, I just beg on the streets for food and Iâ€™m too old to work. The cheapest place I know where I can sleep is in Russel Street, for R50 a night, but I hardly ever make R50 a day. I would rather the city deals with its problems first, like providing people like us with accommodation before hosting international guests. Altaf Jamal, restaurant manager, 33, Durban Central
I am in favour of the city hosting the games because it will benefit us in many ways. I manage a restaurant at Moses Mabhida and if the city hosts the games then some codes will come here; that means more customers for us. The restaurant does very well when there are events at the stadium, like Top Gear or during the soccer World Cup. Besides, we will need more manpower, because of the customer influx so we can hire more staff, even if itâ€™s part time. That will grow the surrounding areas and obviously bring more money into our country, and hopefully the city will deal with its crime problem so the international visitors can come back.

*Voxes have been edited for brevity and clarity.
*Featured image by Steve Roetz via Wikimedia Commons.