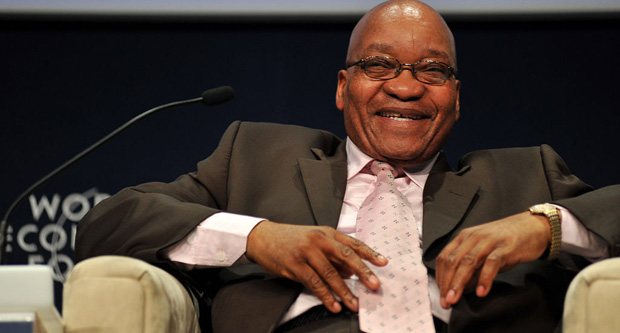 On Sunday, President Jacob Zuma addressed people in a local church in Durban, where he said he will not step down unless the ANC asks him to. This comes after a series of protests across the country, calling for him to step down.Â The Daily Vox spoke to young people around Durban about their views on the president. Nosipho Mvelase, 35, Prasa ticket officer, KwaMashu
I donâ€™t think Zumaâ€™s a bad person. He’s just a person who makes bad decisions. With all the re-shuffling, him making decisions alone, and not asking other people, yeah, itâ€™s not a good thing. I think he should finish his term. He mustn’t go now, he must finish his term – itâ€™s the right thing to do.

We should also give other people a chance after him. Nkosazana Dlamini-Zuma would do a great job, Baleka Mbete would do a great job. Even Mmusi Maimane, why donâ€™t they give him a chance? Weâ€™ve been with the ANC for a long time, but we should give Maimane a chance. Zuma is not my favourite person, but heâ€™s done a lot for people, especially black people and businesses. Even so, we should give others a chance. Mnqobi Dludla, 27, public relations student, Richards Bay
Zuma was the hope for many South Africans, considering his background. Heâ€™s tried to uplift rural development, and he has fought against HIV/AIDS. Heâ€™s mainly known as the infrastructure agent, so to say, hence infrastructure is being built. However, the man is not shy from scandals. He has lost the title of being the peopleâ€™s president, and is rather known as the president of certain individuals.

If he goes, obviously our economy will gain value, and our country would be seen as one that is moving away from scandals. He should finish his term because chopping and changing presidents is a bad precedent. There is so much at stake for South Africa. Government has R500 billion in procurement and everyone wants a piece of that cake, while ordinary South Africans like you and I want service delivery. Ncamisile Mtshali, 23, land reform outreach officer, Newlands Heights
I really like President Zuma, heâ€™s quite a funny guy, he makes everything a joke. I donâ€™t think if he goes it would change anything. Even with a new president, there will be greed, itâ€™s just the world. We will never be satisfied with our presidency.

I think he should serve and finish his term because we voted for him to serve his term. I believe another person deserves a chance to lead, and make a change in South Africa. Everyone wants Nkosazana Dlamini-Zuma, but I think we should give Mmusi Maimane from the DA a chance. I want job opportunities, we are struggling as the youth, but I hope that we give the DA a chance. Nqobile Mchunu, 23, accounting student, KwaMashu
I think Jacob Zuma should step down as our president. He has done a lot of damage to our country, and thatâ€™s the reason I would ask him to step down. There would be less corruption. Keeping a person who continues with corruption, who allows other politicians and people from other countries to come to our country and do whatever [is not okay]. If he steps down, it will make life better in the country.

Someone that could replace him is Cyril Ramaphosa; he seems to be in a good head space to lead us. I think he might have a plan. Heâ€™s a gifted candidate, or Mrs Nkosazana Dlamini-Zuma, as a president. It would be refreshing and good to know what a woman president can do. Siphokazi Myeke, 27, nurse, Ntuzuma
President Jacob Zuma is incompetent, as heâ€™s had numerous charges against him. In total there are 783 charges which are both personal and political.

These characteristics are not fit for a president. They cause controversy and disruptions in the political party on its own. Zuma is not fit for the organisation too. If he goes and steps down as president, and cuts all ties with the politics and the country, it would be good.

Voxes have been edited for clarity and brevity. Reporting by Nomcebo Ndimande.

Nomcebo Ndimande is a 21 year old final year journalism student at the Durban University of Technology. She enjoys reading, writing and having informative discussions with people. She believes learning is the only way to success, and being humble in the process of learning makes it easier.