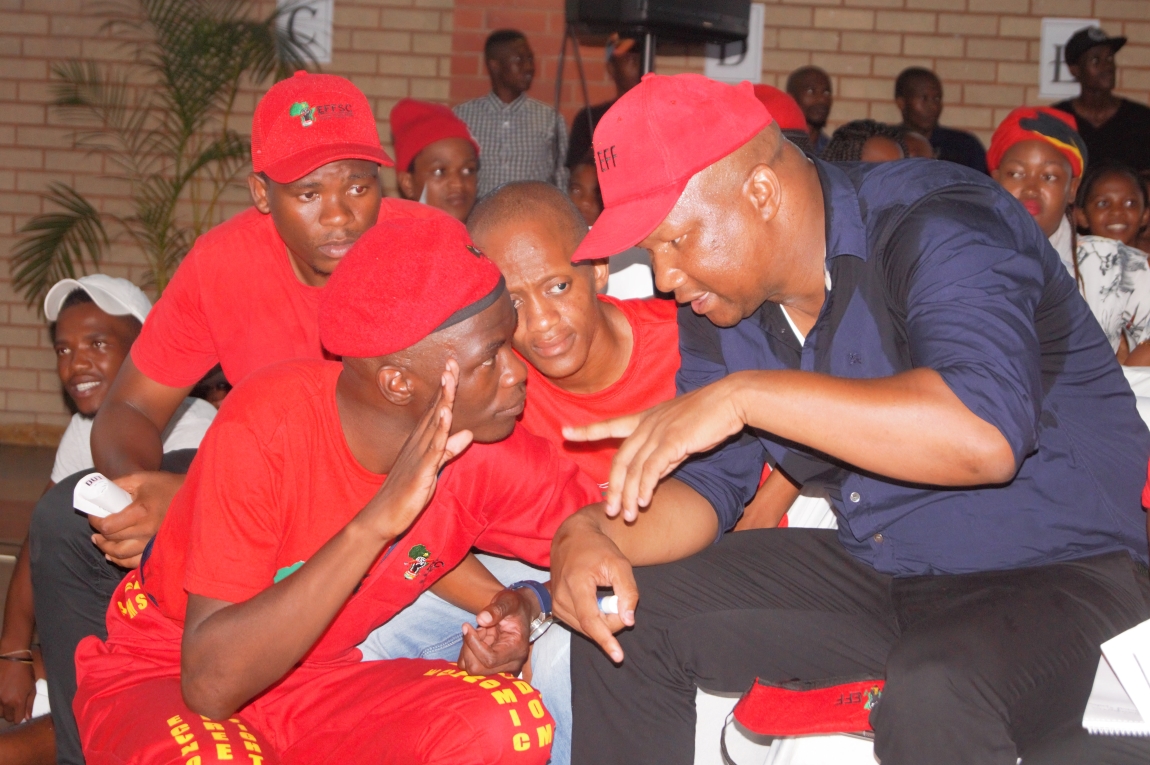 At the memorial service of the Durban University of Technology student who was shot and killed by private security last week during a protest, the Economic Freedom Fighters provincial chairperson Vusi Khoza threatened ‘visits’ to the city’s private hospitals. The party alleges that the student was denied treatment at the privately-owned City Hospital.

The 20-year-old Mlungisi Madonsela was shot last week Tuesday after a fight broke out between private security and students, and later succumbed to his wound at the City Hospital, where he had been rushed to by his peers.

Speaking at Ritson Hall, which was packed to capacity for the memorial service, Khoza called the hospital personnel “Satanists who wanted to get a security payment for Madonsela.”

“We want to expose this parasite that is called City Hospital. We want to warn these private hospitals that the EFF will pay them a visit,” Khoza said.

Last week, City Hospital manager Rafeek Nakooda told The Daily Vox that the student was assisted as soon as possible.

“I know there were friends that came through, there may have been a bit of a commotion in the front. But from what I understand, when the patient came through, they were taken to the trauma department because it was an emergency,” Nakooda said.

On Sunday eNCA revealed that the hospital had shared footage of Madonsela as he arrived at the hospital, and a doctor who is said to have been on duty on the day, told the TV news channel that they did all they could to resuscitate him (Madonsela) but he later succumbed to his wound.

“Basically the patient was brought in as an emergency and rushed down to our rescue bay and from there myself and the four nurses that were on duty on that day attended to the patient, started resuscitating. He sustained a gunshot wound to the right side of his abdomen.”

“When he came in he was in quite a bad condition, basically he had intra-abdominal bleeding, we tried to resuscitate him for over half an hour but unfortunately he didn’t make it,” the doctor told eNCA.

Speaking on behalf of the family at the memorial service, Madonsela’s uncle Xolani Ncanana appealed to the media to give the family a chance to mourn, and not ask them questions as they don’t know what transpired.

He added the family has seen the footage from the hospital where the deceased is being rushed into the emergency unit but they have no idea of what happened there.

“We are being told many stories and we saw the footage but we don’t know what happened after he was taken to the emergency unit, we were not there,” he said.

Ncanana revealed that three bullets were found in Madonsela’s body.

Madonsela will be laid to rest in his home in Jozini, northern KwaZulu Natal on February 14 2019.