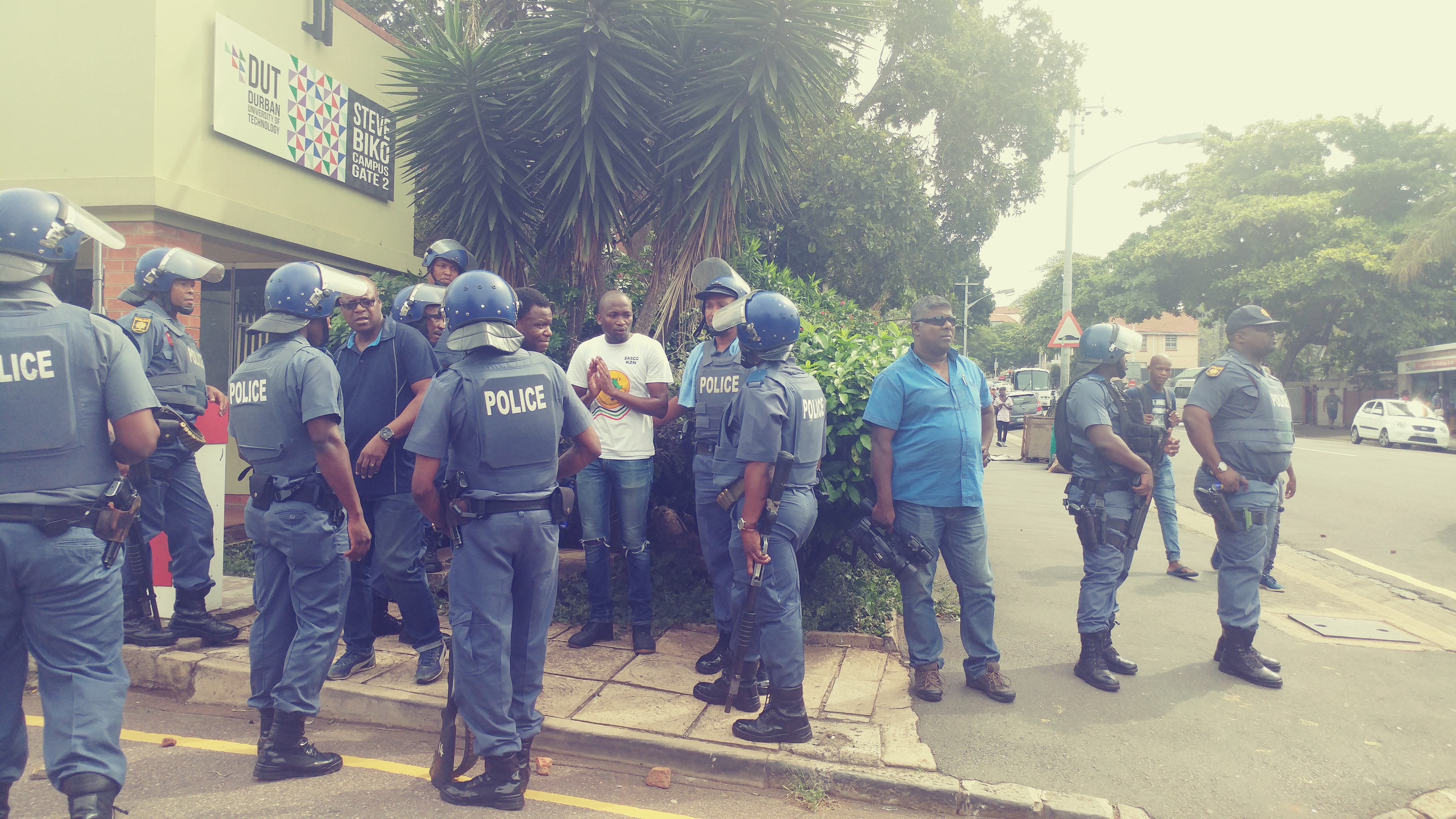 Some students at the Durban University of Technology have expressed concerns over an ongoing NSFAS protest, accusing the student representative council (SRC) of using them as a tool in their battles against the university management.

A student who asked not to be named said that students have been promised accommodation and book allowances since the commencement of this year’s academic programme, but the SRC has failed to bring the management into fulfilling their promises.

“We are hungry; some of us are still without accommodation, food and book allowances. And our SRC president has sold out by siding with the management. We have no one on our side to fight for us and students have taken matters into their own hands,” she said.

She also said that some students were tired of the protest that rarely bear any fruitful results and “Some of us are writing and want to return to classes.”

Student protests at DUT were over the sBux system, through which National Student Financial Aid Scheme (NSFAS) payments are disbursed. It followed a long industrial impasse between workers and the management, has been ongoing since March 27.

The institution released a statement on March 28, saying that the university, together with the NSFAS team were working tirelessly to resolve the issue and ensure that all funds were paid to eligible students. However, it has been two weeks since the students waited for the notifications of the payments into their SBux accounts.

On April 9, students took to the streets and demonstrated. The police fired rubber bullets at the demonstrators, and a scuffle broke out between some South African Student Congress (Sasco) members and the police. The protest included leadership members from different student organisations such as the EFF Student Command, the ANC Youth League and Sasco.

Students have blamed the SRC president Siphephelo Mthembu of selling them out to the management and police.

Another student who asked to speak on condition of anonymity due to currently ongoing tensions said that Mthembu had sold them out before and continues to do so.

“He sold us out last week and said if students wanted to strike, they can go ahead and strike but he won’t be part of any of it. What kind of a leader does that to his people,” she said.

She added: “[We] expected him to engage with the management on our behalf because he is the one who who promised us the world but hasn’t delivered anything.”

However the SRC general secretary Sbongamandla Shezi said to The Daily Vox in an interview that the SRC has been fighting together with the students, and has blamed campaigners who he said are spewing false statements about the council ahead of the August elections.

“The SRC never sold out students, and as their leadership when we say there won’t be any protest on a particular day, they have to listen to us. This is the time where opposition organisations are campaigning for August elections and would do anything for votes,” he said.

Shezi added that the ongoing protest is due to the failure of a proposed increment to the book allowance payouts to students, which the SRC presented to NSFAS but was rejected.