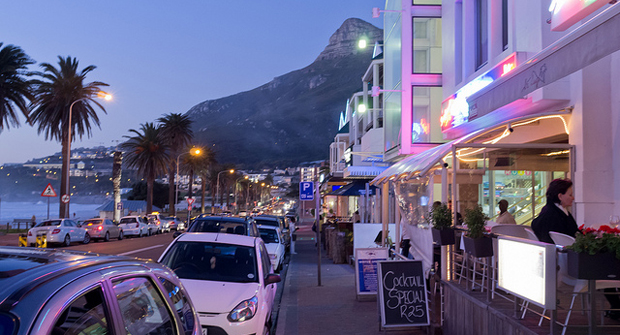 Following a string of much-publicised racist incidents in public spaces around Cape Town last year, criticism of the city as a hub for racism has intensified after a black family were seated at an upmarket restaurant only after their white friend called to enquire about the booking arrangements. A blog post titled â€œUsing my white privilegeâ€ went viral this week, highlighting that some restaurants in Cape Town are still turning away black patrons. RAâ€™EESA PATHER follows up.

The incident that sparked the blog post happened in late December. But it was only during the first weekend of January that affected party Tumi Mpofu began receiving calls of apology and an offer from the swanky Azure restaurant at the 12 Apostles Hotel and Spa to make it up to her.

Since the story of her experience became public and shared across social media, Mpofu says she has encountered callers and commentators who have accused her of pulling â€œthe race cardâ€ and being an â€œangry blackâ€.

â€œWhen we think of racism, we always think of the extreme, overt situations where someone is being called names or is beaten up, but what happened there is also racism. Itâ€™s these nuanced things where these structural messages of not being welcomed in the white space and not having a voice happen every day and do constitute racism,â€ Mpofu told The Daily Vox via telephone.

In late December, Tumi Mpofuâ€™s father,Â Mlamli Papu, called the 12 Apostles Hotel and Spa to make a booking at Azure for six people. According to Mpofu, once the staff member heard Papuâ€™s name, he was told there were no bookings available. But when his daughterâ€™s friend, Martina Dahlmanns, who wrote the blog post about the experience, phoned the hotel, the staff readily made a reservation. When Mpofu and her family arrived at the restaurant, the receptionist told her that there were no bookings under the name she gave and although she protested, it was only when Dahlmanns spoke to the receptionist that the family was seated.

â€œMy friend was seen as a black person without any white back-up as she went to the restaurant, so they thought they could just dismiss her and just let her go. But when my white voice came in, then suddenly it could not be dismissed as black anger or pulling the race card, because suddenly there was â€˜white angerâ€™,â€ Dahlmanns told The Daily Vox.

According to Dahlmanns, The 12 Apostles Hotel and Spa apologised to her and the Mpofus for the â€œmisunderstandingâ€. The German, who now lives in Cape Town, said that the hotelâ€™s display of racism was one she had become accustomed to around the city since she adopted her six-year-old black daughter.

â€œIt doesnâ€™t help if I as a white person just sit on the sideline and say, â€˜yeah, racismâ€™s badâ€™; it clearly doesnâ€™t help if black people try to expose it, because nobody believes them, and itâ€™s not in the white privilege interests to acknowledge racism,â€ Dahlmanns said.

The 12 Apostles Hotel and Spaâ€™s general manager, Michael Nel, told Cape Talk radio that what had happened was â€œhuman errorâ€, saying that Azureâ€™s records show that the Mpofu family had never made a booking. But Mpofu believes that the hotel wonâ€™t admit to the real issue at play: racism.

â€œI donâ€™t think people actually know what racism is and are especially blind to their own racism and this is why we see case after case where black people experience racism but thereâ€™s always some kind of explanation for it [other than] what it actually is,â€ Mpofu said.

Although she considered leaving, Mpofu eventually decided to stay and see the evening through. â€œIn the end, I decided that actually we should stay, because if we donâ€™t confront these sort of issues and if we donâ€™t go into these white spaces then nothing is ever going to change,â€ she said.

In order for the future of South Africaâ€™s public spaces to change, Mpofu believes that the illusion of a rainbow nation must be dispelled. â€œWe need to talk about these things and move away from this rainbow-nation idea. We need to be real about where we actually are,â€ she said.