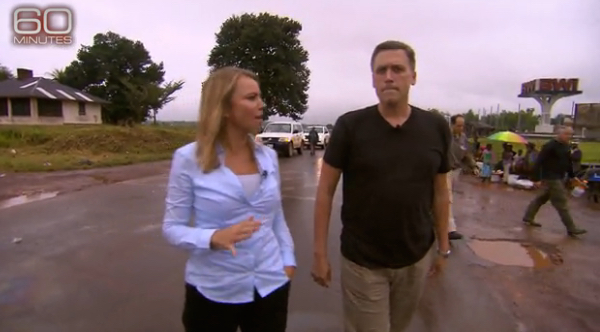 CBS’s Lara Logan recently traveled to Liberia to report from the Ebola hot zone. But her reporting is now being held up as a lesson to others on how not to report on a disaster in a foreign country.

The South African born journalist managed to capture some rare footage of an American-run hospital outside the capital Monrovia. She spoke to doctors and nurses, and illuminating the conditions under which staff to work in order to save life.

Curiously though, Logan failed to interview any Liberians on camera, be it patient, volunteer or doctor.

Let that sink in for a moment. This is a story about Ebola in Liberia – one of the three hardest hit countries in West Africa – and there is isn’t a single Liberian featured in her report.

Veteran Africa correspondent Howard French first recognised the report as pitiful balderdash, and went on to post a very lively rant lambasting Logan and the 60 minutes team for their naughty mistake.

“There’s a large literature of what’s meant by Africa w/out Africans. Common examples come from journalism that quotes just diplomats + aid workers + foreign experts of one kind of another. Usually, they’ll throw in a quote from a taxi driver or an anonymous market worker to cover their, you know…” French wrote.

Obviously, speaking to the local folk and getting them on camera was too hard for Logan and her team, who tried their darndest to make the story as much about American philanthropy as they possibly could.

As French puts it:

The video is still worth a watch. If not for the Ebola, it will help explain how so many western journalists view the continent (read: as one big backdrop)