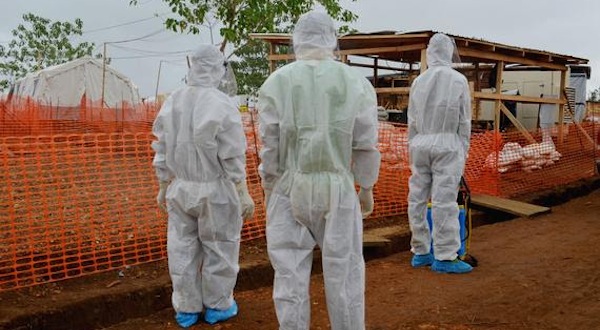 The Daily Vox is running a series of blogs written by DR STEFAN KRUGER, who is in Sierra Leone with Doctors Without Borders (MSF) to help combat the spread of Ebola in the region.

Entry 7:Â  Looking at the outside view, from inside the epidemic

Social media is awash with hoax pictures and articles about alleged Ebola all over the world as well as conspiracy theories around bioterrorism. A quick glance at international media reveals abundant ignorance in the reporting of the outbreak. Under the guise of true interest or even activism, most people are simply trying to ascertain what the risks are of their own comfortable lifestyles being affected by a disease, rampant on the other side of the world. Ebola is not merely an impressive epidemiological phenomenon, it is not simply a matter for academic discussion, and let’s forget about bioterrorism for the time being. Ebola is about entire communities decimated and children orphaned. It is about slow agonising deaths while health care workers can do nothing but provide palliation. MSF is doing what it can, but we are being stretched to our limits. Every day that the world watches in morbid fascination, but apathetically, the epidemic spins a bit further out of control. Perhaps the time has come to stop hypothesising about theoretical outbreaks where Ebola isn’tÂ and start focussing on supporting ongoing efforts to fight Ebola where it is. Doctors without Borders (MSF) is currently working in Sierra Leone, Guinea and Liberia to combat the spread of Ebola across the region. To support this work, go toÂ http://msf.org.za/donateÂ or SMS â€œJOINâ€ to 42110 to donate R30.Â To receive direct updates about Ebola from Doctors without Borders (MSF) SA, e-mail your name toÂ updates@msf.org.zaÂ with theÂ subject line â€œEbolaâ€.