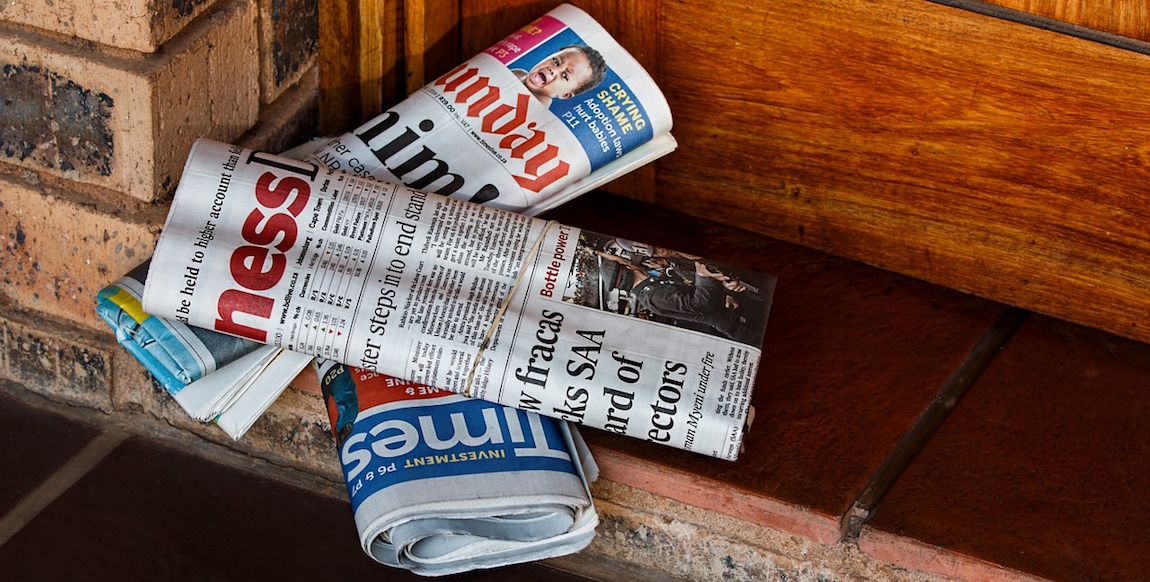 Like everyone else, we have been watching the Huffington Post SA drama play out over the past few days. The story, as many of you would know by now, goes like this:

The Huffington Post published a contributor blog that suggested that white men be excluded from voting for a few years so South Africa can achieve some social parity. There was outrage over the blog and the Huffington Post looked to capitalise on the attention and wrote a second blog that took a dig at the outrage. Then a journalist searched for the original author and found that the writer did not exist. The Huffington Post itself looked for the author and found the same. As a consequence, they took the post down, apologised for not doing a background check, and said they would adjust their processes. Then came the calls for editor-in-chief, Verashni Pillay, to resign: here, here, and here.

Evidence suggests that the piece submitted to Huffington Post was written by a white man who wanted to see if such a post would gain traction.

The post was designed to deceive, a poisoned chalice to lure with the promise of a disruption and a whirlwind of clicks and success.

At The Daily Vox, we were forced to reflect on what had happened and what we could learn from this. We know that mistakes do happen and it was a timely reminder to approach all unsolicited blog submissions tentatively.

We use new contributors all the time; this is part of the experiment of The Daily Vox – to dig for new voices and ideas for tired problems. Of course, we do check up on these contributors to make sure theyâ€™re real and have a digital footprint. However, if someone is out to malign, humiliate or damage, we have to be aware that it takes resolve to escape without punishment.

We also recognise that the blog has fragments of argument that we wouldnâ€™t be opposed to publishing ourselves.

Maybe we wouldnâ€™t have published the same exact piece, but we are in need of radical ideas to fix this nation. We just hope we would have done our due diligence in checking the merits of the argument and the facts presented before putting it up.

Yes, the Huffington Post slipped up. They gloated at the numbers and they defended the simplistic, problematic and clicktivist solution for a very complex problem of social inequality in the country.

But we are alarmed at the hypocrisy of some members of the media establishment in their reproach of this debacle.

This entire dilemma was born out of malicious intent on the part of the writer, to subvert and distract from an ongoing and escalating discussion of racial inequity in this country.

Think of the despicable coverage of Marikana or the Fees Must Fall protests, where miners were portrayed as savage and students unreasonable and violent. Think about the absence of coverage of daily service delivery protests and the resounding â€œtake back our countryâ€ coverage of anti-Zuma protests when the privileged took back the streets.

This is a media that is not in touch with the heartbeat of this nation. South African media is still focused on the narratives of certain groups of people over others, which marginalise and erase the stories of the majority in this country. The voices of black people have never been listened to. It is shameful that a white man can set a trap, use an emerging lexicon of decolonisation that seeks to reclaim a narrative for those that have never had one, and face no repercussions for this trickery. Has this incident become as big as it has because a media house transgressed the rules of journalism, or because the article offended white sensibilities?

That the Huffington Post should have done better at vetting its contributors is clear, but there is a fundamental dishonesty in ignoring the extent of fabrication and lies published every day in the media under names belonging to real people. Problematic, sometimes downright dishonest articles are published frequently by real people, and there are no mass calls for editors to resign. Sometimes it is not even lies, it is just blinding privilege that prevents them from actually seeing.

The attempt of white liberals to refuse to see the bigger picture, and their insistence on using this as evidence of a larger campaign to malign their place in this country makes them no better than the supremacists that designed the plot.

If anything, the Huffington Post debacle shows us that confronting narrative requires absolute diligence. If you slip up, the establishment will eat you. As can be seen, this is still a white manâ€™s world after all.