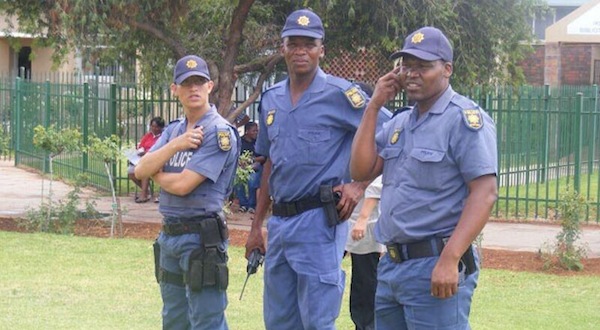 Senzo Meyiwa is dead. He leaves behind grieving parents, a devastated wife and girlfriend, and children who will never get to know their father.

I am deeply sympathetic to Meyiwaâ€™s family, but the so-called â€œnational mourningâ€ for the footballing star has left me feeling cold and even cynical.

For Meyiwa is just one of many young South Africans cut down in their prime because of gun violence. According to Gun Free South Africa, an estimated 18 people, each with family, friends, and unique talents, die of gun-related injuries in South Africa each day. If we count all murders, not just those carried out with guns, the figures are even higher. There were 17,068 murders in 2013/2014, up from 16,259 the previous year. Just asÂ chilling is the fact that there are almost as many attempted murders as murders in South Africa each year.

Yet none of them is worth the time or interest of our nation.

The president expressed his sympathies for Meyiwaâ€™s family on Monday, sayingÂ â€œThe law enforcement authorities must leave no stone unturned in finding his killers and bring them to justice. Words cannot express the nationâ€™s shock at this loss,â€ Zuma said in a statement.

We are not shocked that someone died a violent, gun-related death in this country, but that it was a footballing star who was affected. And as for the reward, Iâ€™m curious as to who decided that this would be the best use for a quarter of a million rand in cash.

The Institute for Security Studiesâ€™s Johan Burger summed it up when he said that â€œin this country we are only prepared to put special effort into investigations of murder if it is a high-profile person or celebrity”.

Meyiwa was a talented footballer, but why is his life worth more than any of the 17,000 people murdered last year?

South Africans havenâ€™t been taken in by the hushed voices and somber statements on radio and TV. When our reporter spoke to people on the streets of Cape Town about Meyiwaâ€™s death, they too shared a sense of cynicism.

â€œThey killed someone there by us also, but I canâ€™t say anything about it. It happens like that by everyone â€“ they shoot people everywhere,â€ Ernest SandersÂ told theÂ Daily Vox.

â€œIf you are a nobody maybe people wouldnâ€™t care, but now people want know, â€˜How did Senzo die?â€™ because he was a celebrity,â€ said Zaba Fani.

My cousin was killed in an armed robbery almost 10 years ago. A cornershop owner, he was shot defending his family. He left behind a devastated elderly mother, sick wife, and three young children. His killers got away with some cash and telephone cards.

There were no grave statements from officials or offers of reward from the police.Â The perpetrators were never found.

If Meyiwaâ€™s death is a national tragedy, it is one of several which occur and are ignored each day.

Violent crime is a disease founded in poverty and inequality and fostered in broken homes and violent communities. We donâ€™t like to talk about these things in South Africa. But changing our society so people donâ€™t live in fear of losing their loved ones requires more than just effective policing (which we donâ€™t have to begin with). We will need to do more than throw a single murderer in jail. We will need to ask hard questions about how we choose to ignore the thousands of murders and attempted murders that occur in South Africa each year, and the poverty, pain and anger that underpins violent crime in our country, until it affects a celebrity.