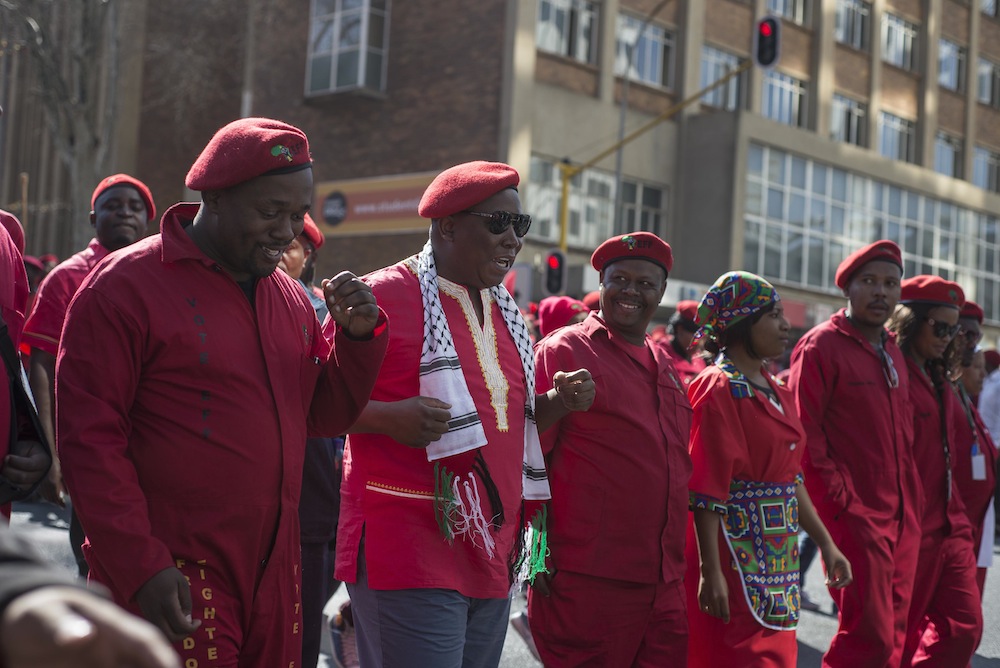 Between the red uniforms, the hallway scuffles with opposition MPs and the sit-ins at the Gauteng provincial legislature, you can always count on the EFF to bring a bit of excitement to the political stage. When question time with the president rolled round on Thursday, the party did not disappoint. Julius Malema got the ball rolling when, with reference to the state spending R246-million on President Jacob Zuma’s private home in Nkandla, he asked: “When are you paying the money?”

Zuma dodged the question expertly but the EFF were not about to take “IÂ have responded appropriately,” for an answer.

As ruling party MPs called points of order, and EFF MPs requested their own points of order, things soon degenerated into a babble of voices. Key among those voices being drowned out was Speaker for the House Baleka Mbete who eventually used her best school principal voice to tell the EFF’s Floyd ShivambuÂ “IÂ will throw you out of the house if you don’t listen!”

Mbete threatened to call the sergeant at arms but the EFF persisted. AsÂ oppositionÂ MPs chuckled among themselves, EFF members began banged on their desks with their red hard hats and chantedÂ “Pay back the money!”

#PayBackTheMoney, #ZumaQuestions and #EFF were soon trending on Twitter. And that was before the riot police arrived.

It all resolved non-violently however and the EFF went on to call a press conference in which Malema said the party was “not here for rules” but for a “revolution”.

The ANC of course was “appalled” and said the EFF has “an intention of undermining not only the purpose of parliament but to promote anarchy and general disrespect.”

What did you make of the Zuma/Malema confrontation in Parliament on Thursday? Tell us more on Twitter.