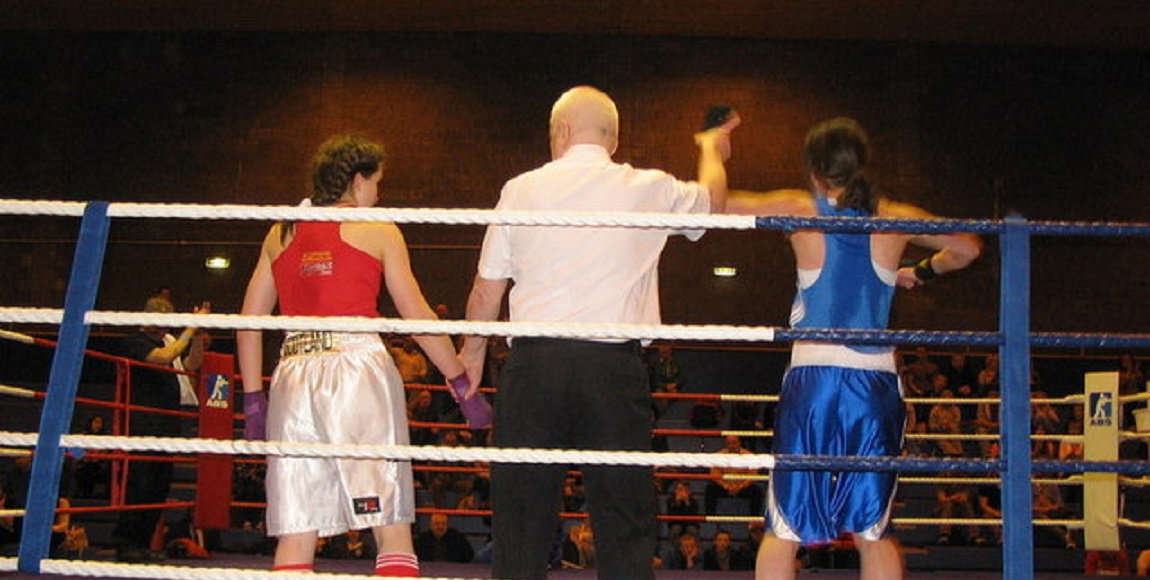 Melissa Miller is a boxer from Eldorado Park who made the news this past week when she became the South African Female Boxing Bantamweight Champion. Boxing professionally since 2011, Miller has been doing amazing things for the representation of women boxers in South Africa. The Daily Vox spoke to Miller about her boxing journey.

I started boxing at the age of 16 but that’s when I was an amateur. In 2004/2005 I stopped boxing and then I came back to boxing around 2011. I used to be an athlete so I gained weight. Then I needed to drop some weight so I started training with boxers and watching them training actually got me interested in it.

The hard work, the dedication, and the teamwork drew me to it. Because running is an individual sport and I know boxing is a contact sport, and I know it’s you and you alone in the ring, but preparing for a fight is more teamwork than anything else. So that’s what I loved a lot about boxing.

If we’re preparing for a fight more than that, about five to six days a week. But if we’re not fighting, we train four days a week. It’s our normal routine. Boxing training is more hardcore than when you would do aerobics. It’s a lot of dedication to go to gym everyday and do what you do everyday.

I was over moon [winning the championship]. I was trying for so long and I finally won a belt. I still can’t believe it.

It was against a lady from KZN and the belt was vacant so it went the distance ten rounds and I won by unanimous decision. It was a nice fight. It wasn’t like a fight where you’ll say it was just given to me. We both fought for it because we wanted it.

At the moment, we are preparing to defend but other than that, if I get the opportunity to fight for any other belt, I’m sure I’ll take it.

Winning Prospect of the Year last year [was my greatest achievement]. Not just because I won Prospect of the Year, it was a privilege to be nominated in the boxing awards. That alone made me feel like okay out of all of these female boxers, I had been nominated. So when I won, it was like wow, is this really happening?

Besides the fact that it is a male-dominated sport, I don’t really see any challenges that a person really has. It’s not like I’ll say I’ve been put down by men or anything like that. Let me put it like this – finding sponsorship is a bit difficult. I’ve been struggling to get sponsorship. All the other things I haven’t gotten any challenges. It’s just with the sponsorship because somehow people would acknowledge you as a great boxer but when it comes to sponsorship it’s something else: how are they guaranteed that I’m really as good?

At the moment it seems like boxing is starting to grow. Last year they had to have one female on each bout but this year we heard that they have to have two female fights. It really helps and we have Women’s Month which really helps. During Women’s Month, we get a couple of fights for us ladies alone.

My advice for young people is dedication, perseverance, and the drive to want to become something and not just end up how our parents would accept things as they were like I’m now a mother and have children. No. Always keep your dream alive and want the best in life and want more in life than just sitting back and accepting life as it is. With our challenges and our problems we face everyday, we have to push through with, we have to deal with it, and we don’t have to take it lying down. So just by pushing ourselves to the next extent and knowing we will get there. It won’t happen overnight but always keep your dream alive.

One of my biggest dreams is I always wanted to be a champ in boxing. It’s not something that is going to die here. I want to become something more than just the SA champ, I want a world champ one day. For me it’s that I am still going to work towards what I want to become eventually. This is one of my achievements for which I am truly grateful to God because it wouldn’t have been possible without him. This is just one of the dreams that finally I became a champ after how long. For me, I can see that actually I am going to become greater than this. I am not going to end just here.

That would be amazing [to represent SA on an international level]. That would awesome. I won’t mind.