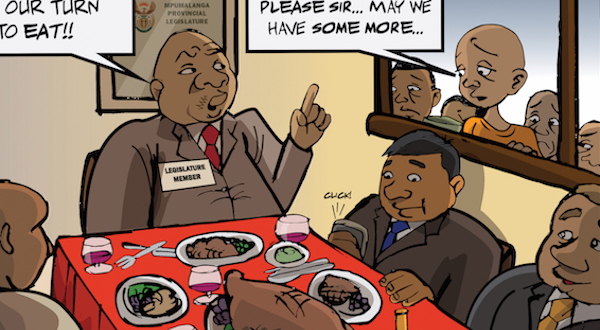 Despite calls for austerity from Finance Minister Nhlanhla Nene, provincial government officials are still getting fat of public money. A report by Times Live this week revealed that provincial officials from Mpumalanga receive full English breakfasts and cooked lunches paid for from the public purse. If meetings in the legislature go on after 4pm, officials are served platters of finger foods. The Mpumalanga legislature’s catering budget has been increased from R4.5-million rand to R11.5 million over the past financial year. And it’s not alone. Other state bodies are just as guilty of allowing elected officials to get fat off funds that could be spent on improving the live of the country’s poorest.