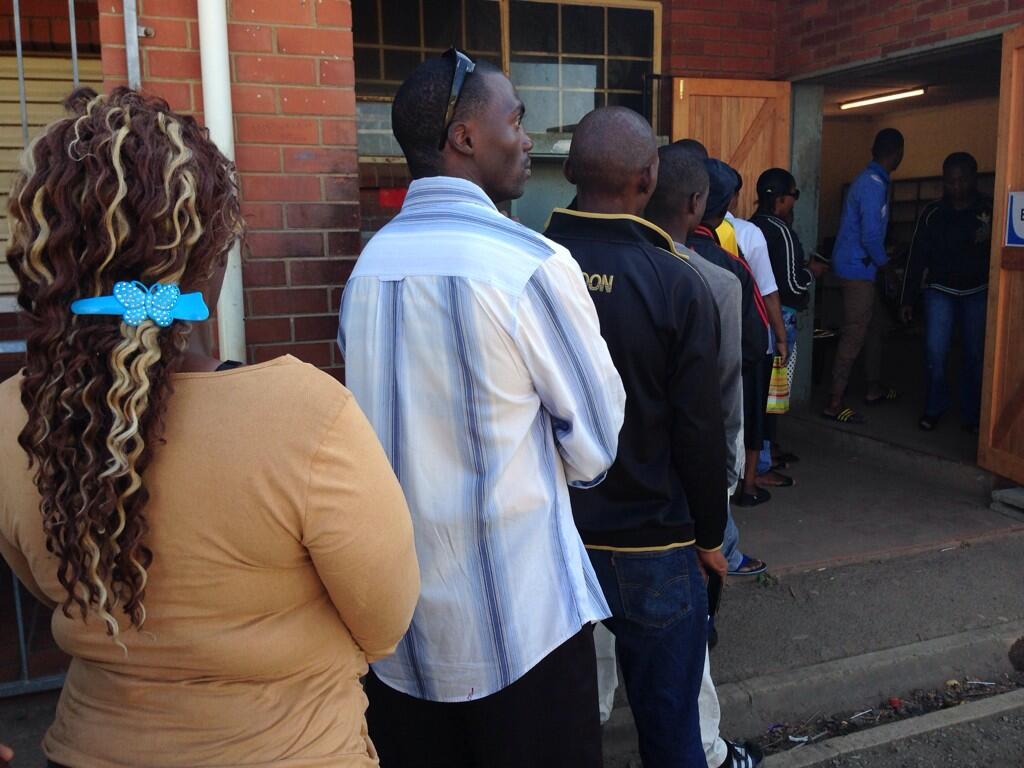 The day dawned on our country like a holy day. South Africans once more had an opportunity to exercise their freedom and right to vote. But will elections bring real change to our society? NONDUMISO MABASO canvasses the mood of Durban residents.

Our 20 years of democracy are mostly cherished by the nation â€“ especially by the older generation. For many of these voters voters, democracy has brought relief and has been able to meet their basic needs. But in KwaZulu-Natal (KZN), the run-up to the election has been marred by tensions.

According to the the KZN police commissioner, Lieutenant General Mmamonnye Ngobeni, about 17 000 police officers have been sent to voting stations across the province.

But when polling stations opened on Wednesday, the police seemed to fade into the background.

Hundreds of people joined the queues at the Durban University of Technology City Campus polling station.

While many waited to cast their votes, Gogo Mchunu (64) says South Africa has become a better place to live in since the release of Nelson Mandela in 1990 and the advent of democracy in 1994. She also stated that she has received great service and that is why she will cast her vote..

Lindane Scwale, an official representing the African National Congress (ANC), said: â€œVoting for me is to make sure that my rights are protected, and I protect the current government because it is the one that liberated me. I want to protect that the democracy it gave to me.â€™â€™

However, a couple of youngsters feel that there are still some adjustments that need to be taken by the current government to make South Africa a better country for all. Some feel that if the President Jacob Zuma had stepped down, the ANC might have received more votes in the elections.

â€œThe struggle of discrimination or apartheid is over, but now today we are fighting for the wellness of the country and how it is run in terms of no corruption in the parties,â€ said Mthetheleli Masiba.

There are still those people who chose not to cast their votes during this election, since they felt it wouldnâ€™t make a difference. And some people feel they were ill-informed, and that the time spent on educating the public about the elections was rather short.

South Africa is not what it was 20 years ago. Much has improved, but many challenges remain. This election season they manifested themselves in the Ethekwini Municipality protest, the demands for salary increases and confusion in the governmental sector.

Many people still believe that the ancient system of democracy will prevail; that the peace South Africa once experienced will be regained by a simple mark on the ballot paper on 7 May 2014 that will bring change.

Long live the legacy of the freedom fighters â€“ many are motivated to go the extra mile of putting on the T-shirts of their selected parties. These elections have brought forgotten history and restored the freedom of choosing your favourite party without the fear of being intimidated by another.