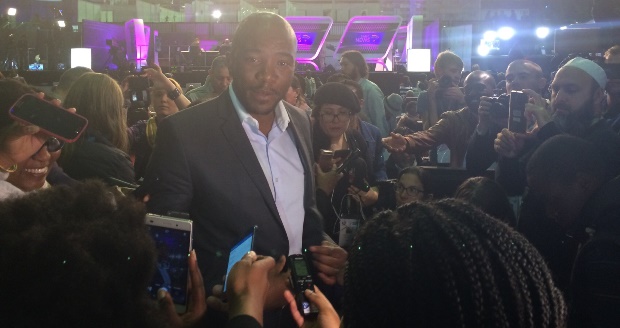 The Democratic Alliance (DA) seems to be gaining a stronghold in Gauteng, winning an increase in votes in the region since the 2011 local elections. By 12pm on Thursday, they had won a total of 41.69% of the total votes counted in the province, not far behind the ANC, who are leading with 43.42%.

Chairperson of the DA’s Federal Executive, James Selfe, said that the DA were very excited about their gains.

“We put a lot of effort into this election, both in Johannesburg and in Tshwane, and also in Midvaal. We’ve now won Midvaal with an increased majority and it looks likely that we may be part of government both in Tshwane and in Johannesburg , which will be very exciting,” he said.

DA leader Mmusi Maimane says that it’s early days to speak about entering into coalitions, but the DA would only consider a coalition with parties that are focused on delivering for South Africa and bringing change – most likely in line with the DA’s manifesto.

The DA have certainly made huge strides in former ANC strongholds. In the 2011 local government elections, they garnered 33.43% in total in Gauteng. In a press briefing, Chief Electoral Officer, Mosotho Moepya, reminded us that it is generally the smaller municipalities whose results come in first, so larger municipalities have yet to be tallied. With the results from large areas like Ennerdale, Diepsloot and Soweto yet to come in, it could go either way.

In Johannesburg, 79% of results have come in, and it’s looking even closer between the ruling party and the opposition. Only a fraction of a percentage separates them.

While in Tshwane, with 72% of results finalised, the difference is about 1.5% Â between the ANC and DA.

Yes, there are still some votes that need to be counted, but it looks like neither the DA or ANC will win a clear majority in Gauteng, so it looks like coalition politics may be on the cards. Will it be the DA or the ANC who knock on the EFF’s door first for control of one of South Africa’s most important metros?