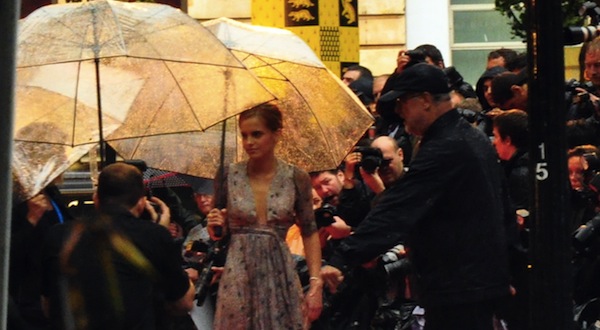 For the longest time, I didnâ€™t want to be associated with the word “feminist”. The way I perceived feminists and feminism was shaped by how feminists were portrayedÂ  in the media and in society. I am not sure where it came from but by the time I was 18, I knew that identifying as a feminist meant hating men. For many years, â€œI am not a feminist, butâ€¦â€ was how I began any sentence advocating for gender equality.

In her articleÂ The “F” Word: How the Media Frame Feminism,Â Debra Baker Beck rejects the feminist label but not the case. â€œThe media world – and Western thought in general – emphasize opposition and dichotomy,â€ she writes. So raising up women comes to mean putting men down. We demonise feminism, and any ideology that questions the norm for that matter, because it threatens what is considered normal, she writes.

But this week actress Emma Watson brilliantly articulated what feminism really is inÂ a speech she gave at the UN headquarters in New York for the launch of theÂ HeforShe campaign; which has been described as â€œa solidarity movement for gender equalityâ€. The video soon went viral.

â€œFeminism by definition is: â€œThe belief that men and women should have equal rights and opportunities. It is the theory of the political, economic and social equality of the sexes.â€â€ Watson said.

Watsonâ€™s speech sent shockwaves across the world, particularly because she focused on the negative connotations that are associated with being a feminist. The aim of the HeForShe campaign, she said, is to end the “us vs them” perspective that exists and to divorce â€œman-hatingâ€™ from feminism.

“Men â€” I would like to take this opportunity to extend your formal invitation,” she said. “Gender equality is your issue too.”

LateÂ on Monday, reports that the internet forum 4chan are threatening to publish Watsonâ€™s nude photos surfaced. These threats are understood to have come in retaliation forÂ her speech and the hackers say they will leak her nude photos within five days.

In August, Watson defended actress Jennifer Lawrence, one of theÂ first victims of 4chanâ€™s nude leaks. She tweeted, â€œEven worse than seeing women’s privacy violated on social media is reading the accompanying comments that show such a lack of empathy.

The threat perfectly illustrates why we still need feminism.

You can read the full text of the speechÂ here.