On Tuesday, following the earlier release of the report of an inquiry into sexual harassment allegations against the Equal Education co-founder and treasurer Doron Isaacs, Professor Rashida Manjoo, who had been part of the inquiry, released an independent report. She criticised the process, and how the report by the other two inquiry panellists Judge Kathleen Satchwell and Dr Malose Langa sought to ‘exonerate’ the accused individuals as if the inquiry had been a legal process. “In my view, a report should serve as a catalyst for creating a responsive space for discussions in EE and the wider social justice sector, which could possibly create an enabling environment for victims to be more willing to come forward,” she writes. By FATIMA MOOSA, SHAAZIA EBRAHIM, MOHAMMED JAMEEL ABDULLA and SIPHO HLONGWANE.

Update: On 21 January 2019, the Equal Education funder Heinrich Böll Stiftung, which also funded the commission of inquiry, wrote a response siding with Professor Rashida Manjoo’s alternative report, saying in a statement that it believes the 19 complainants in a statement. “While not naming an accused or making findings regarding guilt or innocence, they paint a devastating picture of the organisational culture at the time, one in which repeated sexual conquest was enabled through intimidation and the abuse of social capital and professional seniority. The cost of ignoring the 19 submissions is the unnecessary demonisation of the complainants, the missed opportunity of unearthing and naming problematic behaviours and collective norms, and the inability to make any recommendations to EE on how their organisation can be improved – because apparently no complaints were ever made,” the organisation said.

From the very beginning of her independent report, Manjoo seeks to distance herself from the Satchwell/Langa report, citing concerns with procedure and approach. At issue was the question of anonymity for the witnesses.

She quotes an email sent from her to her fellow panellists and says: “After reading the first version three times, I find myself unable to associate myself with the findings (and hence the draft report). The numerous issues that are of concern hinge on how legalistic this process became and also how the needs of lawyers for ‘vindication’ permeate in the analysis of documents and interviews etc. There is definitely not a victim-responsive approach to the report in my view.”

Manjoo continues to say that the panel was not a court of law, but the report from it served the interests of Isaacs in his quest for ‘vindication’ with the press ombudsman, and the individual journalists who first reported on the sexual harassment allegations against him.

The panel received 19 witness statements, including first-hand accounts of the allegations, but chose not to treat these as evidence. Though she does not disagree with not treating those submissions as evidence, they nevertheless should not have been excluded from the Satchwell report.

“Since the process is a preliminary investigative one, the issue of weighing up evidence is not an appropriate or necessary consideration. The weight to be attached to evidence is only an issue during a judicial or quasi-judicial process,” Manjoo says. Her recommendation is that EE engages with the Women’s Legal Centre, which had assisted the victims in this matter, as a commitment to a victim-centred approach.

She concludes: “Investigating the broader systemic issues around power, privilege and the patriarchy is crucial for EE, as these factors have contributed to the negative organisational culture. The allegations of sexual harassment, intimidation, bullying, and silencing reflect an organisational culture that allows for wrongdoing by some individuals, with impunity as the norm.”

On 15 May 2018, the Mail & Guardian reported that Isaacs has been repeatedly accused of sexual harassment based on interviews with “more than a dozen (current and former) Equal Education staff members”.

These were not the first allegations of sexual misconduct directed at Isaacs, who was cleared in 2011 by an internal investigation. Zackie Achmat, a prominent activist and leader of EE, was accused of helping to cover the allegations up.

Isaacs then resigned from Equal Education and the NGO established a second independent inquiry, chaired by Satchwell, Langa and Manjoo.

In her report, Satchwell said the panel did not consider any of the 19 submissions received from complainants as evidence because these were made anonymously, and thus could not have their versions probed or tested.

“It must be appreciated that a ‘victim sensitive’ or ‘victim-centred’ approach cannot operate in a vacuum devoid of regard for the principles set out in the Constitution [and] the concerns, admonitions and strictures of natural justice,” Satchwell said.

The Satchwell/Langa report said that by publishing anonymous reports and allegations, the M&G had engaged in “gutter journalism of the National Party Apartheid regime.”

In an interview with The Daily Vox on Tuesday, Isaacs said: “I respect the fact that Prof Manjoo has dissented from the majority report by Judge Satchwell and Prof Langa. But why were the anonymous complaint summaries published by Prof Manjoo in her report never put to me for a response during the inquiry? This request was repeatedly refused by the anonymous authors. I read them now for the first time.”

Equal Education said in a statement on Tuesday that it welcomes the findings of the Satchwell/Langa and Manjoo reports.

EE said: “The Manjoo Report is very useful to our development as we work on healing ourselves, as we undertake internal restorative and transformative justice measures and as we work on restoring trust and confidence through a broader organisational review that is already underway. Some of Professor Manjoo’s recommendations have already helped shape commitments that we feel we can already undertake. These undertakings are made for the purpose of building a stronger and better Equal Education for the future. We are committed to the following:1. Engaging in an internal transformative justice process that includes substantive discussions about organisational culture and practices; 2. Engaging with the WLC (if they are willing) and the complainants (if possible) in line with their commitment to help us, and also in line with our commitment to treat all complainants with respect and dignity; 3. Undertaking an audit to establish whether our internal policies are sufficient, whether there is substantive knowledge of such policies, whether implementation measures are in place and also to assess whether they work in practice (including exploring external anonymous whistleblowing reporting structures); 4. Conducting regular cultural surveys that include issues pertaining to sexual harassment; and 5. Providing regular training to all members and staff on our policies and procedures in relation to sexual harassment, including the development of educational tools and resources.”

On 7 December, three former staff members at Equal Education published an article on The Daily Vox, accusing the Satchwell inquiry of adopting a sexist approach to the inquiry, and further saying: “We believe that Satchwell and Langa have shown a profound lack of empathy and understanding for the plight of women who experience sexual harassment and intimidation in works spaces and communities that continue to disregard their experiences as meaningless.” 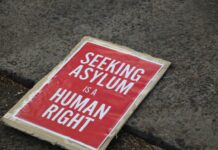