Home Features Ernest Nkosi on why funding his film was â€œimpossibleâ€ â€“ and how...
WhatsApp
Facebook
Twitter
Email
Print 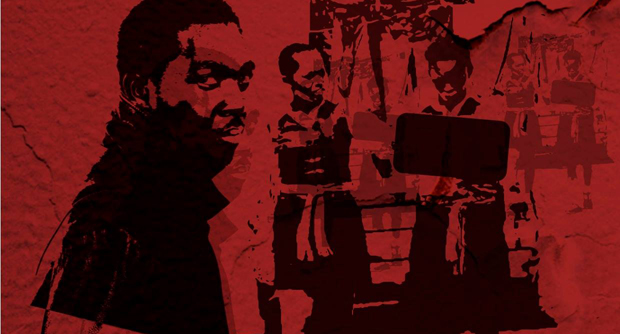 Thina Sobalili: The Two of Us is the latest local movie to hit the film-festival circuit â€“ and itâ€™s already been raking in the awards. Filmmaker Ernest Nkosi chatted to BONGIWE TUTU about raising the funds to follow his dreams.Â

Thina Sobabili exploresÂ the strained relationship between siblings Thulas and Zanele. After witnessing the abuse ofÂ his sister, Thulas is bent on protecting Zanele at any cost. When Zanele enters into a relationship with an older man, his protective instincts are provoked â€“ with far-reaching consequences.

THINA SOBABILI (The Two Of Us) from Ernest Nkosi on Vimeo.

Nkosi said he drew his inspiration for making the film from where he grew up: Katlego in the East Rand. â€œIÂ believe in the people in my community, because in their everyday challenges they overcomeÂ and keep pushing for something better,â€ he told The Daily Vox.

Although Thina Sobabili is set in Alexandra, Nkosi said people thereÂ face similar challenges to those in Katlego and also maintain a strong sense of community in the face of hardship. â€œThat is why I felt Alex would be the perfect place for the film,â€ he said.

Nkosi saidÂ the biggest obstacle to newcomers inÂ filmmaking is access to funding. â€œFunding your dream isÂ almost impossible â€“ especially if youâ€™re regarded as a nobody. As a producer, you have to have the money yourself, but as a beginner, I had nothing,â€ he said.

Nkosi saidÂ he had appealed to the National Film and Video Foundation, the Department ofÂ Trade and Industry and the Gauteng Film Commission for fundingÂ but that none of these bodies had invested in his project.

Instead, heÂ and his production team had to hustle in order to raise funds for the film. They turned their hands to coordinating comedy shows at Jo’burg varsities and clubs, and also sold T-shirts with the message: â€œDreams Come Trueâ€.

It took four years, but they eventually made about R400,000 â€“ enough to fund a shoestring, seven-day shoot.

â€œToday I appreciate the struggle; we were lucky,â€ he said. â€œThis is no victory for us alone, but the community of South Africa as a whole.â€