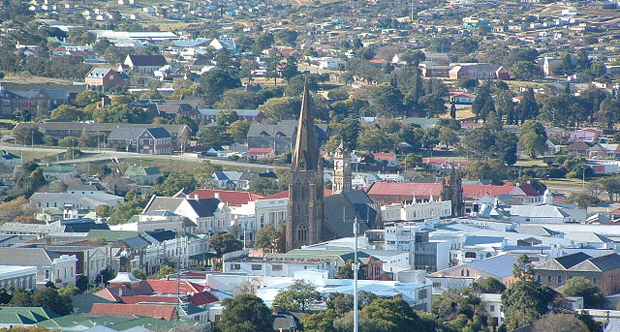 Last month Eskom threatened to cut off electricity to 20 municipalities across the country that owe the most debt to it. Makana Municipality was among those to make the list â€“ it owes the power utility a whopping R66.76-million. The municipality â€“ which has been accused of mismanaging funds â€“ has submitted a payment plan to Eskom, which is still being evaluated. NOSIBABALO TETANI asked Grahamstown residents what they think of the situation. Â Nombulelo Ngcuka, 45, street vendor
Makana Municipality failed. I am angry, because I pay my electricity and it is not my fault that it is failing to pay Eskom. I also think itâ€™s unfair that Makana has an issue with managing money and we suffer because of a dysfunctional municipality. The only solution to this problem is to toyi-toyi, protest to the municipality office and demand answers and a way forward. Thandiswa Manyakanyaka, 31, court clerk
I think the solution to this load shedding is that we should buy electricity directly from Eskom, since our municipality is not doing its duty, which is to pay Eskom. We should pay directly to Eskom â€“ not Makana. Load shedding is the fault of Makana Municipality, because it is not paying Eskom. Both Eskom and Makana should meet halfway and find solutions about payments arrangement, but not include us, because we do pay our electricity and it is not our responsibility to make sure Makana pays Eskom. Monwabisi Kalani, 35, security guard
Eskom should not threaten us, because we pay electricity; they should cut off municipality offices and the houses of their workers â€“ not us. The only way forward is to toyi-toyi, but still they will make promises and never fulfil them. I also think people who contribute to load shedding are rich people, so Eskom can cut them off not the poor people from the location. Rich people have backup plans like generators and gas. Eskom doesnâ€™t stop their lives â€“ it messes with ours; we donâ€™t have backups. People who do illegal connects are not the problem; I would do it also â€“ if they could teach me how to, I would. Welcome Bongani Dude, unemployed
The electricity prices are going up and I canâ€™t cope with them. The other problem is that Eskom does not have timing in terms of when and how long they cut off electricity. Load shedding just stops my life: we live in a technology world and our life revolves around electricity, so we are forced to wait for Eskom to finish its load shedding. Illegal connections could also affect people who buy electricity, because they are using it for free and I think that is the reason for the increase in prices and decrease in units, because we are paying for selfish people. Makana needs to explain to us were does the money we pay go, because the problem is them, not us. Judith Reynolds, anthropology lecturer at RhodesÂ University
Eskomâ€™s threat is not fair: they canâ€™t just cut off the municipality, which will affect not only people, but the economy. If companies or businesses are not getting electricity they will not pay other taxes and that will destroy this town. My main problem is theÂ lack of communication in terms of when electricity is cut off. There should be a schedule of times when load shedding will happen and they should stick to that. WeÂ can work around that and manage our time with load shedding. The problem is not just about Makana;Â the problem is lack of maintenance and that electricity is used unnecessarily. Eskom canâ€™t provide for everyone. People should start using electricity efficiently. Sinethemba Leve: 20, second- year history student
Eskom is also a business that needs money, so if Â Makana Municipality does not pay, Eskom needs to take serious action. The community must not suffer because of a corrupt municipality. The way forward from this is to fire all municipal workers responsible for money shortages and hire graduates with experience that will be able to budget money and pay Eskom. The municipality is not smart enough to budget and foresee problems that might affect them in long run. Makana should also take legal action against companies owing it money and ask for money from the government to pay itsÂ debt because it is not our fault as citizens of Makana. Ashley Westaway, Gadra matric school manager
I do not understand why we are in debt because people pay their bills, and businesses pay their tax. I think there is misuse of money within the municipality. Makana Municipality needs to improve service delivery and be accountable. The other problem is not just about Makana paying Eskom; people need to start saving electricity so that Eskom can provide for many people. I would not say illegal connections are the mainly reason for load shedding, but they do contribute when you look at it on larger scale. The main consumers of electricity are larger industries. Nosibabalo Tetani was born and raised in Grahamstown. She is a middle child, who enjoys meeting new people. Nosibabalo is in her second year of journalism at Rhodes University.

– Featured image: By Tim Giddings, via Wikimedia Commons. All other images: By Nosibabalo Tetani.