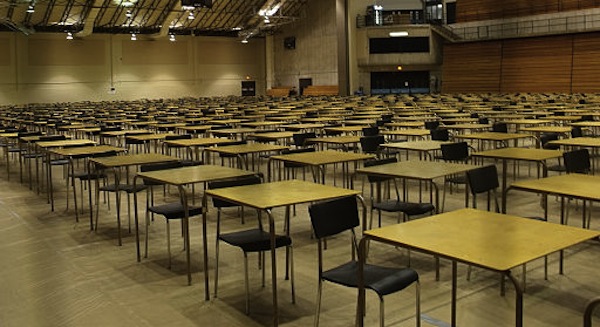 Matric students all across South Africa officially began their final examinations on October 23. Punted as the most important examinations for school learners, thousands of leaders sit the National Senior Certificate (NSC) examinations. There is immense pressure on learners to perform to the best of their ability. These exams are seen as determining learners’ future. The Daily Vox team has rounded up five things matriculants should remember as they embark on the exams and their future beyond school.

These exams are important

Parents, teachers, fellow students, and wider society all paint these final exams are the most important things ever. They are and they’re also not. Depending on the path you’ve chosen for your future, the examinations can be very important. If you want to get into university or a technical vocational and education training (TVET) colleges, then getting good results in matric is important. That’s how the education system works.

However, at this point, it’s probably no use talking about the importance of the exams. If you’re writing the exams right now, or know someone who is then you’re well aware of the fact. At this point, all preparations for the exams are over. It’s time to get down to it, and start writing. So good luck!

But they also aren’t

Soon the exams will be over, and then wait for results begins. But not getting the best grades in matric doesn’t mean all is lost.

There are many people have managed to thrive and achieve great things, despite not getting the requisite “good results” in matric. Academic excellence at school level does not determine any level of success for the future. Take for instance Zinhle Cingo. The Daily Vox team spoke to Cingo the lack of financial support prevented her from pursuing a university education after matric. Instead, she opened her own business which is thriving.

“My life has taught me that just like not everyone makes it in matric, not everyone gets to make it to tertiary. But it’s not the end of the world, one can still make it in life.”

Right now most matriculants are probably stressing. The exams, studying, and many pressures mean there isn’t much room for any other thoughts. But if you’re in matric and have a chance, stop and take in this moment. It’s never going to come again. Once you complete matric, adulting comes at you fast.

Whether you take a gap, start working or go to university, you will have to start embracing what it means to be an adult. Those school memories – good or bad – are coming to an end. The friendships and moments you shared with classmates and friends never come again.

So good luck from The Daily Vox team. We hope you achieve all your goals and slay them all.