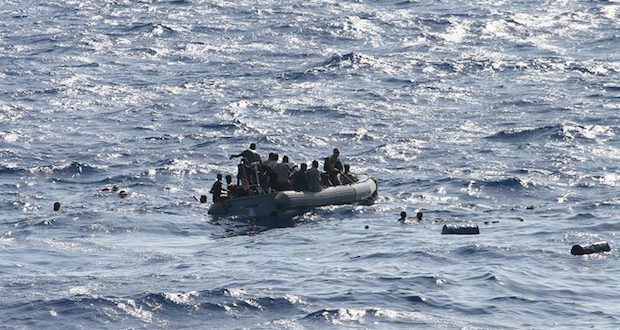 Doctors Without Borders (MSF) has called on European Union member states to urgently launch large-scale search and rescue activities in the Mediterranean to avoid more deaths at sea. This comes after a boat carrying migrants bound for Italy capsized off the coast of Libya at the weekend, killing at least 800 people, primarily from Syria, Somalia and Eritrea.

Although MSF focuses on providing healthcare, the organisation plans to partner with the Migrant Offshore Aid Station, MOAS, to launch search and rescue activities at sea in May.

â€œOnly creating safe and legal channels to protection in Europe will truly prevent thousands more deaths. But as a medical-humanitarian organisation, we simply cannot wait any longer,â€ Filippi said.

Europe is largely divided on how to deal with the influx of asylum seekers from Africa and the Middle East, and several heads of state have adopted a hardline stance towards refugees in response to growing anti-immigrant sentiment in several European states.

In October 2014, the British government cut off all support for search and rescue operations aimed at preventing migrants from drowning at sea, arguing that this would discourage people from attempting the crossing. That same month, Italy also ended its search and rescue programme, Mare Nostrum, which had cost â‚¬9-million about (R116-million) a month to maintain. Humanitarian groups criticised the moves saying that this would condemn thousands to death at sea each month.

Migrants, fleeing conflict and persecution in the Middle East and North Africa are willing to risk everything to reach the safety of European shores. Over the past week alone 13,000 migrants were saved at sea in rough conditions.