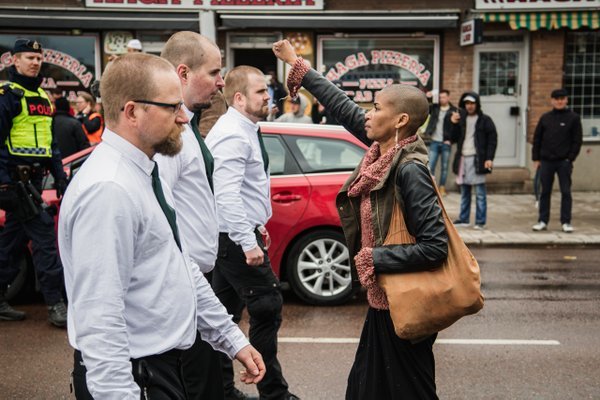 Berlin chronicles. Am in Berlin as one of the writers on a Daad Fellowship.. This is one of the most prestigious fellowships in the world. Berlin is a city of bikes. I live in Charlottenburg. You don’t see black people in Charlottenburg. Today I was out shopping on my bike. I came out of Peek and Somethingburg all excited because I am off to dar es salaam tonight to see my in -love. Anyway am busy rushing about. My gorgeous apartment is a mess. Anyway, I am walking as carelessly as usual heading to unlock my bike when i see her – a black woman looking at me. She says, ” I saw you the other day, cycing carelessly, on Saturday we buried 4 Ghanians. They kill you just like that you are nothing to them. Me-you cant see me on bicycle – they are supposed to remain 4 metres from you, but they don’t. They kill you. I don’t need a degree to say she meant Germans. But I am careless,and Berlin is a city designed for careless people. Except her – and I suspect they are many others like her. Anyway, I left her carelessly and rushed home, put my new clothes on top of my suitcase – and called a cab. I had finished my prescription medication the day before so I had called the cab company I like because they dont mind that i dont speak German and – since my stroke I have a few speech defects – I mangle 22..stuttgarter platz ..and they don’t mind. The cab was waiting. I got in, sat down carelessly and started to look for the address for where was going on my phone. And the website of the clinic i was going to was one of those that maybe don’t fit a phone so well. Any way it took a long to me to get the address. Clearly the taxi driver was not a patient guy. He asked me several times to hurry it, but si the meter is running, and i am paying him? So he gets out of the car and comes across to my side, and opens the door. I am clueless what is going on because he is beating me, my bag is on the ground , we scuffle but he is stronger, I am crying now. Loud. In front of my neighbors , it is fiveissh the lady at the shop who makes it a point never to say hello to me is relishing everything, nobody comes to my aid. I feel black, dirty. I feel as if this kind of thing is supposed to happen to somebody like me. Am in Zurich writing this, on my way to see my inlove. (Read the original post here)

@jke If it were a regular occurrence, I guess the headline would be “Kenyan author assaulted in crime ridden Berlin” no?

And some Europeans will have you think they only hate “bad” immigrants. But they will kick award-winning African writers in the face, how?

Europeans like to deride American & others’ racism, but Europe has always been the home of bigotry.
Two of my favesðŸ˜” pic.twitter.com/jaqUZYZqoq

We are too silent about these things when they happen to us. On my last night in UtrechtÂ someone shouted, “We don’t want you here!” in my face.Â I was in a bar and I was left wondering if this young “normal”-looking Dutch man who came up to me to say this was that special.was he really saying something that is such an uncommon thought? Europeans talk about racists like they are these weird aberrations – Like racist Europeans are such a weird freak of nature that “ordinary” people have no idea how people can be cruel to “others”.Â But it’s not that fucking weird. Racists aren’t just some random unemployed people in the country somewhere.They can also be “normal” people.Â Another drunk young man – a university student in Utrecht – came up to me and DEMANDED to know what I was doing there – “Normal” person.

Racist Europeans are not some special weird subclass of people, as liberal media would have you think. They are real and look like “normal”.Â And if I had to count how many times I’ve been in Europe and someone tried to run a red light in order to run me over with their car…smh.Â That’s why I run at full-speed when I cross roads in Europe, I have almost met my death too many times.Â And don’t get me started on my hotel where the staff treated me like i was a fucking cockroach. They would even ignore me when I spoke to them.Â I feel the deepest sorrow for refugees and people who have no choice or chance to go back to their countries. It can be soul-crushing.Â And some Europeans will have you think they only hate “bad” immigrants. But they will kick award-winning African writers in the face, how?

The second/third day I was in Berlin, and in the Hauptbahnof of all places, I was at a little shop on Platform 13 or 14 or somewhere thereabouts. It was around 6ish or thereabouts in the morning. I was travelling for 5 hours by train and I needed to stock up on the food. I got myself a vegan falafel (for lunch), a croissant (for the immediate breakfast), and went towards this cupboard where all the drinks are kept to get myself a coca-cola. No sooner had I turned towards this coke place that I heard the man behind the cash-counter say “Oooooooooooooooooooooooooops” (with an shriek-y intonation that I did not imagine could escape from Germans), I turned and looked at him, Coke in hand, and he said, “I thought you were gonna walk away.” I took the food, went to his counter and asked him, “So you thought I was stealing food?” He now switched to German and never spoke a word of English and was clearly embarrassed and in a hurry to get me done and over with.

There it was, being the only brown person in that shop, at such a ridiculously early hour in the morning and being suspected of being a shoplifter.

White people can stroll for fucking hours in a store and people will not even politely cough unless it’s closing time or something.

Today, I arrived to be interviewed for a show. I was out of the taxi, waiting. The taxi driver–Arab, bearded, with a skull cap–was waiting nearby. A nice woman, earnest waved to me, and said I’ll be with you in a minute. She shook my hands, tried to shake the driver’s hands, he refused politely and asked her where he’d be paid and went away. In the elevator she was apologizing profusely saying she had assumed “you both were together”. Not the first time it’s happened. Just last month in London, trying to queue up in a Costa, it was assumed that I was with an Arab man standing in front of me. He did not even turn to look behind him, he had no clue I was there, but because I was next in the queue and brown I was assumed to be his partner.

This is where I begin to love white people. I’m dating a white man. At Starbucks, at restaurants, any place we have to queue, no one assumes we are together. Not for all the woman-on-man action in the world. But the minute they see two brown people standing next to each other-they are of course a couple. Even if there’s no handholding, no smiling, no nothing going on between them. Wow.

Moral of the story: Next time you see two brown people standing within two feet of each other, please don’t assume they are together. I find it quite wicked to play along, but I will end up embarrassing the men, and that’s the only reason I desist.

Moral no.2: Have you some clue of how food tastes like in your country? Think long and hard about it before you think someone who looks like me is going to steal your sort of food.

The other day, queuing up for the lunch buffet after an event, a white woman standing behind me was touching my hair. I turned and asked her if everything was good–because I didn’t want to misconstrue in the rare case her touch had been accidental. “No, no problem,” she said, and continued touching and feeling up my hair. I turned again and I had no words, just this blankness in my eyes and she was like, “Of course, I have to touch it.” There were a lot of people, and I didn’t want to make a scene and I felt all manner of strangeness creeping into me, being reduced so quickly into an exhibit-monkey or something, and I wanted to handle it with grace, so I just kept standing in the queue. The husband of the woman helpfully added–as if to explain her behaviour–your hair is soÂ strong. 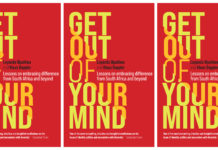