Home COVID-19 Everyone’s hyping up Ivermectin but there’s not yet conclusive evidence that it...
WhatsApp
Facebook
Twitter
Email
Print 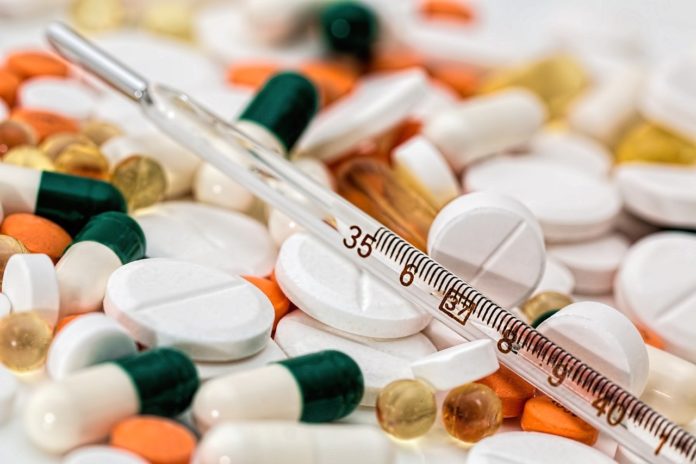 AfriForum has brought an urgent court application against the South African Health Products Rights Regulatory Authority (Sahpra) and Health Minister Zweli Mkhize to ensure that ivermectin is available to doctors who want to prescribe it to treat Covid-19. Separately,  over 500 doctors and health professionals have also petitioned president Cyril Ramaphosa and Sahpra to fast-track clinical trials and consider its use on humans.

UPDATE AS OF 27 January 2021: SAHRPA said on Wednesday that it will allow for use of ivermectin in the treatment of Covid-19, in exceptional circumstances, in a “controlled, compassionate, access programme”. The application needs to be carried out by a healthcare practitioners with close monitoring.

What exactly is ivermectin?

It is an anti-parasitic drug that has been in existence since the 1970s. In South Africa, it is registered as a veterinary product. It is not available for human use. It is widely used for the treatment and control of parasites in animals. It is also used to treat several tropical diseases in humans not commonly seen in South Africa.

Why are doctors and medical professionals asking the government to approve its usage?

Dr Neelaveni Padayachee, a senior lecturer in clinical pharmacy at Wits University said a study done in Australia showed that ivermectin stops the replication of the virus for up to 48 hours in-vitro – in simple terms it held the virus at bay for a period of 48 hours. This caused a global interest in the drug and saw a flurry of new clinical trials around the world. Padayachee said a recent meta-analysis showed that ivermectin quickened the time it takes for the virus to no longer be detected in blood tests. “This further triggered interest in the drug,” she said. For the moment there are no clinical trials which prove conclusively that ivermectin works. Doctors are relying on anecdotal evidence instead.

Does the drug work or not?

According to Padyachee the preliminary results look positive. But there’s an important caveat. “We await the results from clinicals trials to provide evidence that is conclusive.”

What do the authorities say?

Here’s Sahpra in December 2020: “Ivermectin is not indicated nor approved by SAHPRA for use in humans. There is no confirmatory data on ivermectin available as yet for its use in the management of COVID-19 infections. In terms of safety and efficacy there is no evidence to support the use of ivermectin and we do not have any clinical trial evidence to justify its use.” SAHPRA also announced no ivermectin clinical trial applications have been submitted to the organisation for review thus far.

How likely is it thatI Ivermectin may be approved to treat the coronavirus in humans?

There is clearly pressure on authorities to license Ivermectin for use in humans.  to register the drug through Sahpra. However Sahpra makes it clear in their statement there is no confirmatory data on ivermectin available as yet for its use in the management of COVID-19 infections. The authority has welcomed applications for clinical trials on ivermectin and is committed to expedite any of the processes required to assist in this matter.

On January 24, the university of Free State (UFS) announced that FARMOVS, a wholly owned clinical research company of UFS together with several medical and scientific experts at the university, is currently in the process of preparing a clinical trial protocol to determine the efficacy of Ivermectin for COVID-19. This trial will be submitted for approval to the relevant national regulatory authority.

How can people who are perhaps confused by all the differing opinions out there understand why the drug is effective/not effective?

For anyone inundated with different views and information out there around ivermectin or even the vaccines for the virus, it’s best to read information from scientific resources such as the World Health Organisation, or the Sahpra website say Dr Padayachee. “Information read must be backed by science,” she says.

Has it been used in any other countries for treating Covid-19?

From May 2020, various countries in Latin America have been using the drug. It has become popular in Peru, Bolivia, Guatemala and other Latin American countries. In northern Bolivia, health-care workers passed out some 350 000 doses in May. The Peruvian police also seized around 20 000 bottles of animal-grade ivermectin that was sold on the black market in May.

But the authorities have been transparent about the low rate of effectiveness. “It is a product that does not have scientific validation in the treatment of the coronavirus,” said Bolivian health minister Marcelo Navajas on 12 May.

Dr Padayachee says the current treatment is purely dependent on symptoms – which means it differs from person to person – additionally with Vitamin C, Vitamin D and Zinc plus analgesics as needed.