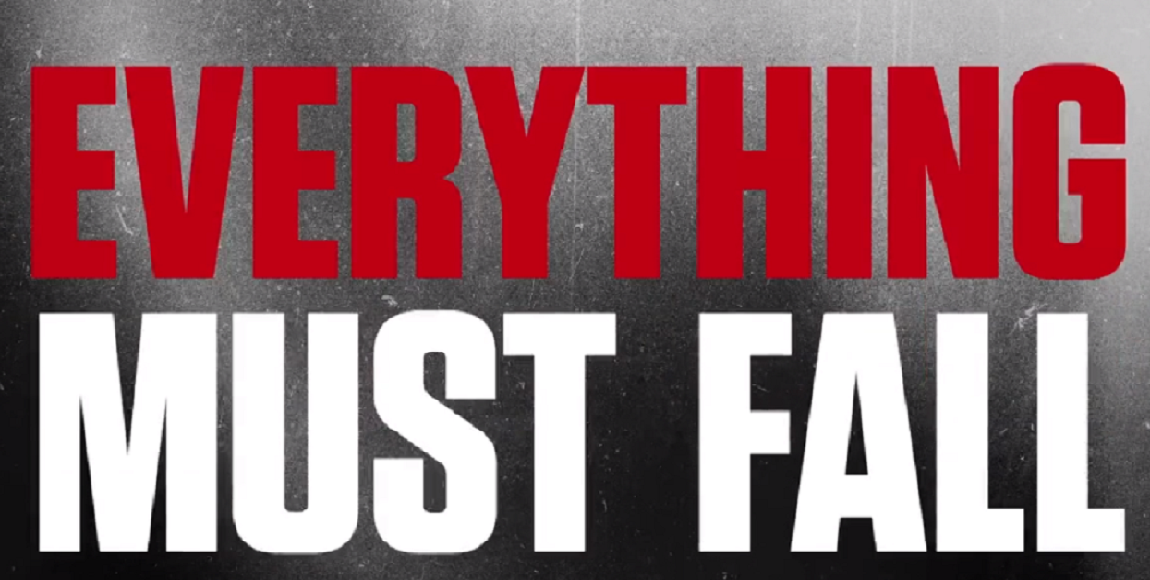 The Everything Must Fall documentary creates a single story of the Fees Must Fall (FMF) movement that swept South Africa from 2015-2016. Directed by Rehad Desai, the documentary attempts to tell the story of FMF from a Wits University perspective. The truth is: the FMF movement was not as homogenous as the documentary paints it out to be. The narrow lens and elitist focus are some of the many failings of the documentary, write SHAAZIA EBRAHIM and FATIMA MOOSA.

It was viscerally uncomfortable watching the documentary knowing it got so much of FMF wrong. At The Daily Vox, we have been covering the student protests that culminated in Fees Must Fall even before it became a movement and a hashtag. We actively tracked the language policy protests, racism protests, workers protests, accommodation protests, fees protests, and conversations about decolonisation since the beginning of 2015.

The Wits protests on October 6 marked the start of FMF at Wits but were in no way the beginning of the entire movement. Of Wits, it could be said that students came late to conversations that were happening around the country at universities like the Durban University of Technology (DUT), University of North West (NWU), and University of KwaZulu Natal (UKZN), and many more universities who were not considered a national priority.

The RMF movement that happened in early 2015 ushered in a national conversation about decolonisation and what an Afrocentric education would entail. This is an important tenet of the call for decolonised education. It would have been prudent for him to have explored the thinking behind Rhodes Must Fall. Although Desai speaks to some UCT fallists, he does not allow them enough space to expand on their thinking.

At the same time in 2015 the OS movement was brewing at Stellenbosch University which spoke to the exclusionary language policy at the university. Black students and academics called for rapid transformation and an inclusion of diversity at the institution which they felt did little to shed itâ€™s apartheid subcurrents.

These were important events that ushered the birth of the national Fees Must Fall movement.

The documentary makes absolutely no attempt to give clear explanations for the differences between issues. FMF, decolonisation, outsourcing, RMF, Patriarchy Must Fall – as taglines – are beautifully flashed onto the screen during the beginning of the documentary. Yet, Desai combines these issues into one – missing the nuance of the individual issues.

The erasure of women and queer people during the protests led to the calls for the patriarchal attitudes, which were informing the leadership of the movement, to fall. While Desai goes into the Mbokodo movement that started at Wits during 2015, and touches on the Wits feminists with the sjamboks who fought against the patriarchy in the movement, he doesn’t speak about what happened at over campuses. The queer erasure in the protests are hardly fleshed out either.

At Wits Desai presented FMF as a struggle against fees and outsourcing but this was not the main qualm of students at Wits and every other university. While there was an overarching call for free, decolonised education nationwide – each institution had separate demands individual to their campuses. Demands at universities ranged from free education, decolonised curriculums, better accommodation, removing private security to ending rape culture and asking for better mental health institutions. The demands were not homogenous.

Above all, and perhaps Everything Must Fall’s greatest crime, was to ignore that historically black universities like Fort Hare, Tshwane University of Technology, Vaal University of Technology, and DUT had been protesting the issues that FMF raised for years before they were given a national spotlight. These universities barely saw media attention and were given a scarce mention in Desai’s documentary.

Those students continually slip through the cracks, and are erased when predominantly middle class students from a elite institution like Wits are made to seem as if they are speaking for the entire movement. Everything Must Fall is an elitist telling of FMF. Perhaps Desai could have created a more nuanced picture of Wits University if he had spoken to ordinary students to capture the reason the protest became so important for them.

One of the final problems with the documentary was the amount of space given to the 2016 FMF protests. Those protests were a mess yet only a half and hour was given to explaining them. A lot of the footage turned the audience into voyeurs of the pain and violence displayed on screen without adding anything to the broader narrative and instead creating a spectacle.

We concede that it would be near impossible to tell the full story of Fees Must Fall given the length of the documentary. It would be difficult to give airtime to activists from universities all over the country exploring the nuances of their struggle. That being said, Desai should not have presented the documentary as a complete story of the movement. To claim the title of Everything Must Fall and to neglect to flesh out the “everything” and give it the complexity it deserves is lazy.

This take of Fees Must Fall is by no means representative of the movement – and should not be considered as one.