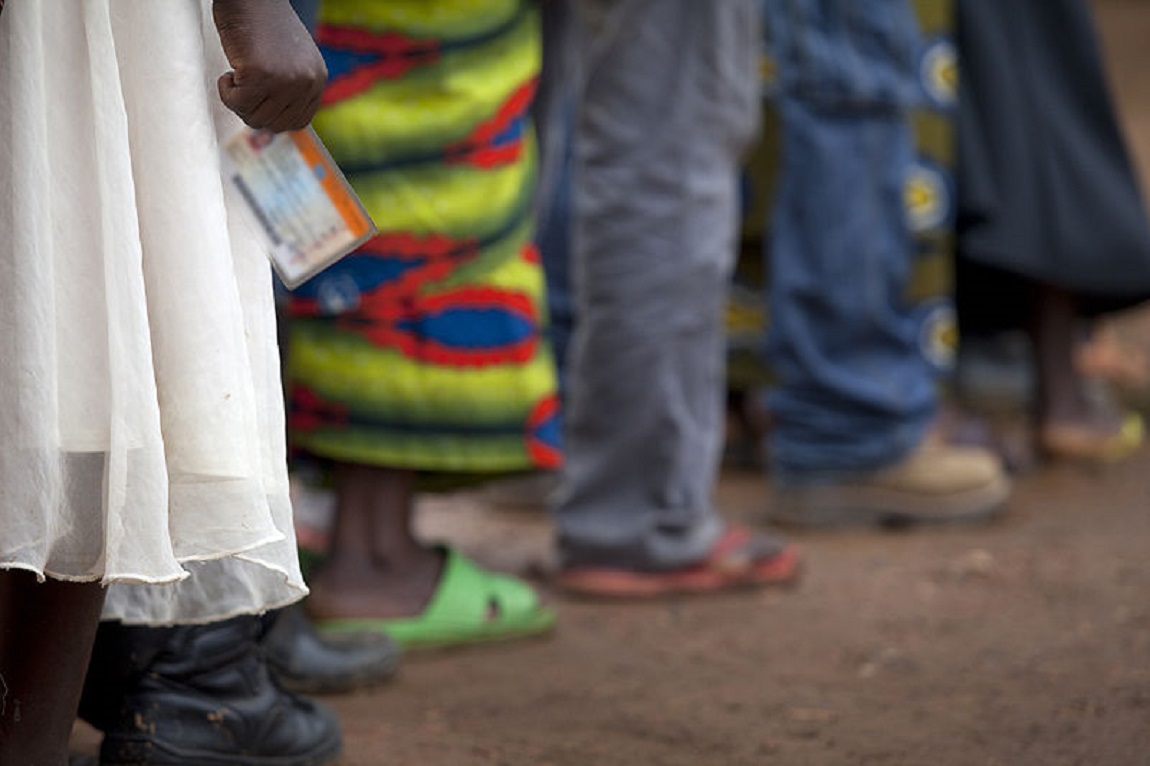 It’s been almost three weeks since the citizens of the Democratic Republic of Congo (DRC) cast their votes in the presidential election on December 30. Closely observed by international and African observers, there have been delays with the release of the results.

UPDATE: In the early hours of January 09, the electoral commission announced the results of the election – with opposition leader Felix Tshisekedi provisionally receiving 38% of the vote. In response to the results, runner-up in the polls Martin Fayulu denounced the results as a “coup while the United Nations Secretary Antonio Guterres urged all stakeholders in the country to avoid violence.

Meant to bring about the first peaceful democratic transition of power in the 59 years since the country’s independence, the ongoing delay means the peaceful transition could be a dream. It has been reported that if the election results are not accepted by all this could lead to the type of electoral violence that the country experienced in 2006 and 2011.

On January 8 a top electoral official said provisional results could be counted within 24 to 48 hours. If results are released in the next few days, the definite results of the elections are supposed to be released on January 15. The swearing-in of the new president will then take place by January 19th.

Not only were election results not released, but the United Nations (UN) News also reported that all telecommunications in the country were blocked – in a clear violation of international law. The UN Special Rapporteur on freedom of expression David Kaye has been urging the government to restore internet services as a “matter of urgency”. In response, a senior government official has said the internet was cut off after “fictitious results” began circulating on social media. The internet was supposed to be restored with the release of the results – but both have been delayed.

The elections in the DRC were originally supposed to take place in December 2016 – which was the end of Kabila’s constitutionally-mandated two term limit. Kabila – who took over from his father, Laurent Kabila in 2001 – used his presidential power to postpone the elections. He now continues to hold onto the results of the elections which some say may have been won by the opposition.

The delays have been explained by the DRC Electoral Commision as being about the need to manually count all of the votes – saying they have a huge task to fulfil. Reports from December 31 have showed that despite irregularities in the process, Martin Fayulu – the opposition candidate – seems to have won the election.

The Roman Catholic Church – one of the most powerful non-political organisations in the DRC – announced that they knew who the winner is from their own monitors at polling station but did not directly reveal who it was. This had led the ruling governing coalition to accuse the Catholic Church of trying to pressurise the electoral commision and breaching electoral law.

In 2018, the Electoral Institute for Sustainable Democracy in Africa (EISA) and Human Rights Watch (HRW) held a roundtable on the electoral crisis that was taking place in the DRC. At that time already, the civil society organisations gathered at the roundtable expressed concerns about the need for the current president of the DRC Joseph Kabila to step down adding the climate in the country was not conducive to fair and free elections.

The People Of The DRC Need More Support From South Africans

The environment in the DRC is very repressive especially to dissenting views. Youth organisation – La LUCHA – which formed in 2012 has been a non-partisan movement working to raise awareness of human rights. One of the exiled members of the organisation, Sylvain Salueske told The Daily Vox in 2018: “People are being arrested just because they want elections. About six youth leaders are still detained, a few have been released […] There’s no public space to express these kinds of concerns.”

During the roundtable, Ida Sawyer, central Africa director at HRW said that there needs to be stronger political leadership from the South African Development Community (SADC). In response to a question from the audience, Sawyer said South Africa should be taking the following measures: “South Africa could consider imposing targeted sanctions against top Congolese officials and those responsible for the oppression, corruption and human rights abuses. A lot of Congolese officials have assets in South Africa.”

Many international organisations and countries within the UN have had high expectations that the South African government would take strong steps to ensure that current DRC government releases the results of the elections. Instead South Africa requested a postponement for an international meeting of countries about the DRC. South Africa – currently a non-permanent on the UN Security Council – called for the postponement to give authorities in the DRC time to announce the election. This was a move pushed for by the Russian and Chinese governments which South Africa has adopted as well showing the South Africa is once more taking direction from others over an obligation to human rights.

President Cyril Ramaphosa – on January 9 – released a statement after meeting with the President of Zambia, Edgar Lungu. Both the presidents have called on all political parties and the citizens of the DRC to remain calm while waiting for the election results. The Presidents have all said they underscore the election results delays could compromise the peace in the country. The have agreed to monitor the situation in the DRC.

The deadline of the 24-48 hours for the release of provisional results will be closely observed to see whether the DRC’s electoral commission will follow through with. The resulting events after the release will be very important.