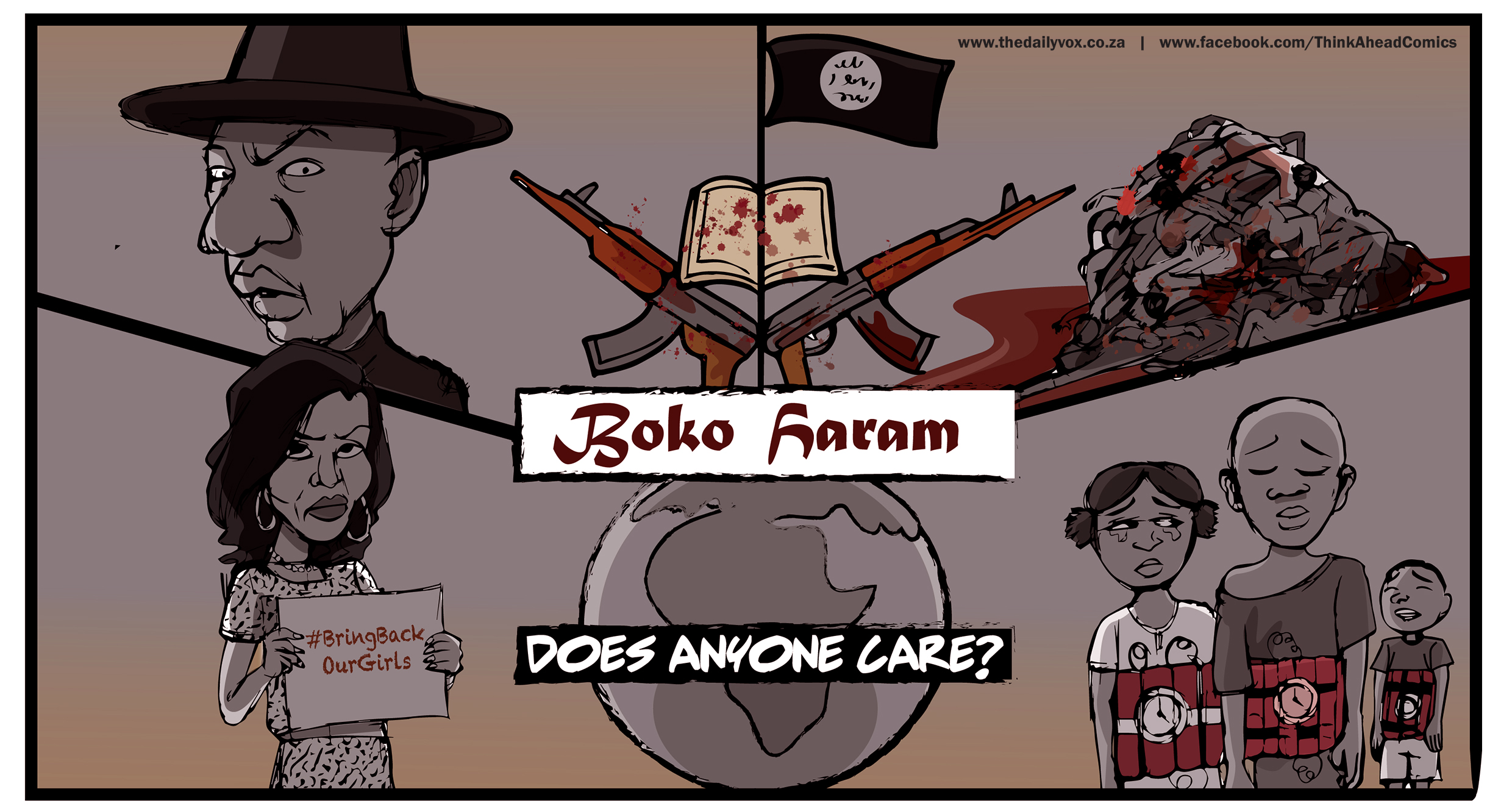 The body count is still unclear, but Amnesty International estimates that up to 2,000 people have died in Boko Haramâ€™s latest massacre in Baga, Nigeria, while Nigerian authorities say the death toll is a few hundred. With the Nigerian elections drawing closer, Boko Haramâ€™s attacks are bound to continue. Hereâ€™s what you need to know about the group and their latest bloody attacks. RAâ€™EESA PATHER reports.

Boko Haram isnâ€™t their favourite name. Instead, the militant Islamist group prefer their Arabic name, which is quite a mouthful: Jama’atu Ahlis Sunna Lidda’awati wal-Jihad (â€œPeople Committed to the Propagation of the Prophet’s Teachings and Jihadâ€).

Mohamed Yusuf established the group in 2002. Initially, it was a non-violent social movement, hoping to fill the gaps left by the absent state government in north-eastern Nigeria. The group built a mosque and an Islamic school, but this became a recruitment base, and their aim become to destroy Western education and kick secularism out of Nigeria. Thus Boko Haram, a colloquial phrase meaning â€œWestern education is forbiddenâ€, was born.

The crazy years (#BringbackourGirls and stuff)

Fast-forward to five years later, and things were getting crazy. Yusuf died in police custody in 2009, leaving Abubakar Shekau to take over. The group became militarised and decided to start an Islamic state with their shiny new weapons. It was the beginnings of a war waged against Western politics, ideas and culture, where more than 13,000 people would die.

Following speculation that Boko Haram had joined forces with al-Qaeda in the Islamic Maghreb and Al-Shabab in Somalia, the US got scared and declared Boko Haram a terrorist organisation in 2010. Since then, at least 850, 000 people in Borno, Yobe, and Adamawa â€“ the three states where Boko Haram has grown powerful â€“ have been displaced.Â  The kidnapped Chibok schoolgirls and the #BringBackOurGirls campaign elevated the groupâ€™s global notoriety last year, and with 2015 being a Nigerian election year, the craziness will go on.

The attack that shocked the world (and apparently left us speechless)

On 3 January, Boko Haram captured a military outpost in the north-eastern town of Baga. The group then tore through villages, killing anyone in sight. Afterwards, they entered Baga, slaughtering civilians and destroying buildings, until a few days later, they were done. Less than a week after they had taken control, Boko Haram had razed the entire area.

â€œWe ran for days and we saw dead bodies especially on the Islands of Lake Chad where fishermen had settled; several persons were killed there like insects,â€ Yahaya Takakumi, a 55-year-old farmer from Doro-Baga, whose second wife, four children and elder brother are still missing, told Premium Times.

And it didnâ€™t stop there. On 10 January, Boko Haram reached a new low: a 10-year old girl walked into a market square in the city of Maiduguri. The group had strapped a bomb to her. She died along with 19 other people when the bomb detonated.

â€œItâ€™s a little girl,â€ a hospital official told the New York Times. â€œThe body is beyond recognition, but from the face you can see itâ€™s a young person. A young pretty girl.â€

Seems everyone is still speechless (â€™cos does anyone care?)

If that isnâ€™t enough, the recent attacks mean that Boko Haram now has control over Bornoâ€™s borders with Chad, Niger, and Cameroon.

Although 2,000 people have died, Nigerian President Jonathan has yet to release a statement on the attacks. The African Union has been quiet too. (Yes, these people are leaders). Meanwhile, the Nigerian military has released a call for support. (Hopefully they sent it to their President).

â€œThe Nigerian military has not given up on Baga and other localities where terrorist activities are now prevalent,â€ defence spokesperson Chris Olukolade said. â€œAppropriate plans, men and resources are presently being mobilised to address the situation.â€

What can we expect to happen next?

The Nigerian elections are set to take place in February, and with Boko Haramâ€™s violent rejection of democracy, more blood will be spilled unless leaders start doing their jobs.