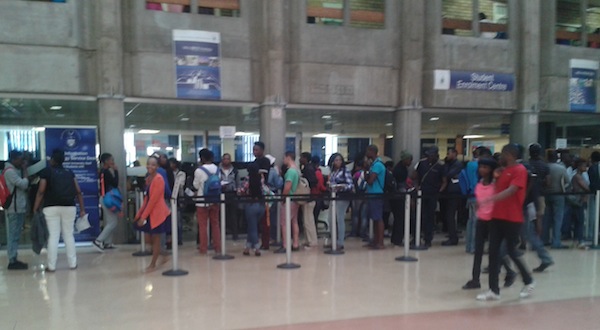 The National Student Financial Aid Scheme (NSFAS) is a funding loan system that been plagued by many problems. Delays in providing funds and not getting back to applicants about the application status were some of the problems. The 2017 introduction of free education by former President Jacob Zuma further burdened the already strained system. FATIMA MOOSA breaks everything you need to know about Nsfas in 2019.

Calls for Nsfas to be scrapped

The Economic Freedom Fighters Student Command (EFFSC) have issued a statement calling for the scheme to be scrapped. According to the student political party, the scheme failed in 2018 to “pay tuition, pay accommodation, allocate book allowances and meal allowances.” The EFFSC president Phuti Peter Keetse said they want a better model of rolling out funding funds to students either centrally from the government or at a campus level. “Students are still getting messages asking for money and being blacklisted. We can’t be charged because we want to accumulate knowledge,” he said.

Most Universities Are Not Accepting Walk-Ins

Naledi Pandor, the higher education minister released a statement on January 9 saying Nsfas applications for 2019 have been closed. Pandor said the students who were not given a place should be directed to the CACH (Central Applications Clearing House) system. “Students who have been allocated a space via CACH may be considered for Nsfas funding only where such a request is channelled through CACH,” a ministry spokesperson said in a statement.

Everything you need to know about higher education’s CACH system

The CACH system – a government online service is supposed to assist individuals with access to university and college opportunities. Students can register with CACH via the website or contact them on 0860 356 635 or SMS with their name and ID Number to 49200 and be called back free of charge.

Everything you need to know about NSFAS (2018)

Readiness of Nsfas for 2019 academic year

NSFAS confirmed to The Daily Vox that they are ready for 2019 and have been working to ensure whilst 2017/18 funding and allowances issue are sorted out, the 2019 project is not left behind. The applications of more than 300 000 students have been approved meaning that 95% of the total number of 410 000 applications have been processed. After a review call from Nsfas administrator, Dr Randal Carolissen – more than 65 000 applications which were rejected have now been approved for funding.

Welcome to the #nsfasSquad. So you have been approved
for funding, what happens now? pic.twitter.com/EzQrFhy3RX

The role of NSFAS in the free education model

“When the government made the fee-free education pronouncement it was announced that the fully subsidised free higher education and training for poor and working-class South Africans will be phased in over a five year period,” said Kagisho Mamabolo, spokesperson for Nsfas. This meant that from 2018 first time entering students would be eligible for funding if they fell within the R350 000 per annum threshold. NSFAS provides financial aid to qualifying students from poor and working-class families at public TVET colleges and universities.

Does the free education model mean historic debt has been written-off?

NSFAS confirmed to The Daily Vox that they have not received any commitment by the government to write-off any outstanding student debts. As such former beneficiaries are required to repay their loans in terms of their loan agreement. Mamabolo said: “The money we receive from recoveries plays a vital role in the organisation as the funds are reinjected into a new budget which allows us to fund more students.”

Nsfas applications for 2019 have been closed with the due date ending November 30 2018. Any students still looking for funding will need to apply though the CACH system which will direct them to Nsfas.

All you need to know about NSFAS for 2017

Who qualifies to apply for Nsfas?

Mamabolo said South Africans of a combined household income not exceeding R350,000 per year and grant recipients qualify for funding. Additionally, students must have passed Grade 9 and 10 to receive funding to study at Technical and Vocational Education and Training (TVET) colleges – and Grade 12 to receive university funding. For students applying to private colleges and universities, Nsfas funding is not available.

How to get in touch with Nsfas

Students can get in touch with NSFAS via the myNSFAS Online Self-Service Portal which can be accessed via the website or via the NSFAS Contact Centre which has a toll free number 0800 067 327. Alternatively, they are on social media on Twitter @MyNSFAS or Facebook as National Student Financial Aid Scheme.

Hello Fam. NSFAS will no longer be communicating directly with students via SMS during the 2019 academic year, with immediate effect, and advises students to only use the myNSFAS Online Self-Service Portal to view application status or any other information relating to funding. 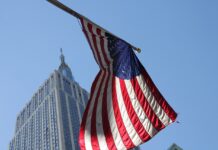 South African universities are training their gaze on the United States. Why it matters

Returning to campus after Covid lockdown: what to expect?