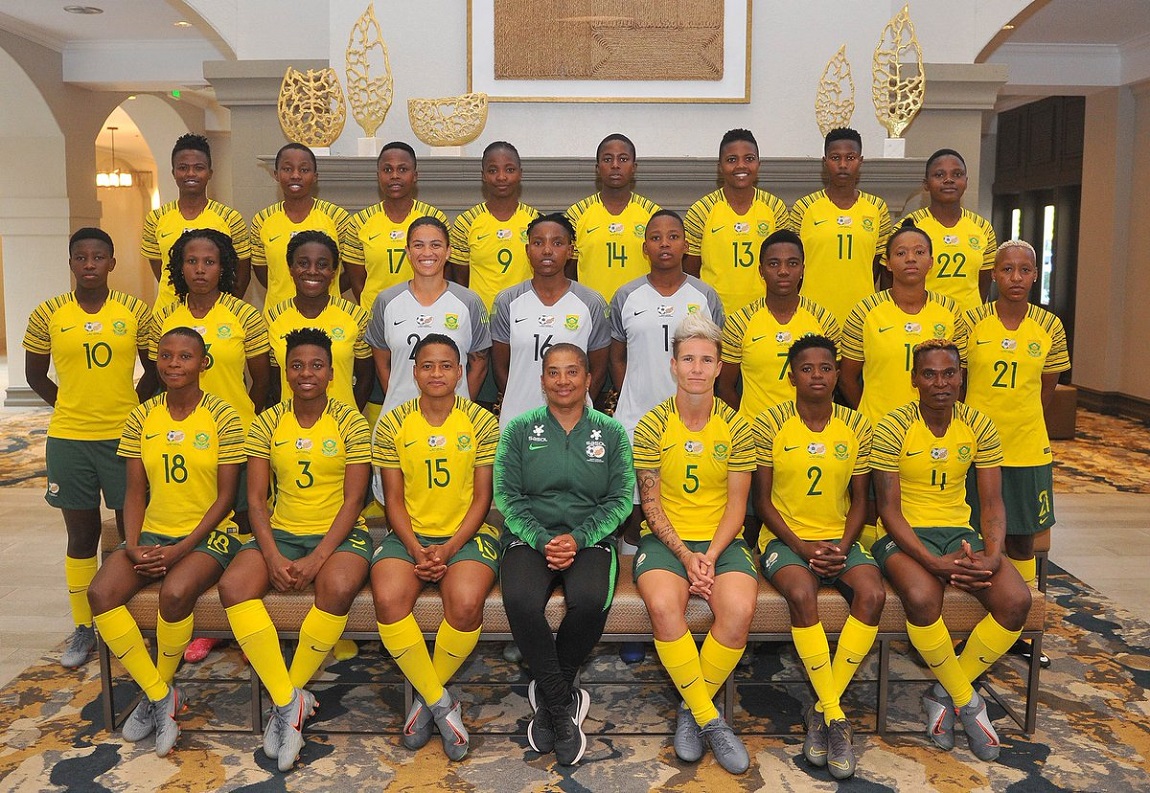 France 2019: it’s almost time for another World Cup! The 2019 FIFA Women’s World Cup will be happening in June and excitement levels are growing. The tournament kicks off June 7 in Paris with the final on July 7 in Lyon. In case you’re confused about what the fuss is about, here’s a little guide to the World Cup.

The United States Women’s National Team (USWNT)  – the current world champions – took home the first ever trophy. They are the current number one ranked team.

USWNT are the most successful women’s team. The team has won three out of seven tournaments!

From the 2015 World Cup, the number of finalists for the tournament was increased from 15 to 24.

France, Germany, Japan, and Sweden have been counted amongst the favourites, along with the US. As for us at The Daily Vox we will be backing our national team, Banyana Banyana, all the way.

South Africa’s national pride Banyana Banyana qualified for this World Cup in 2018. They completed qualification after beating Mali in the semi-finals of the AFCON Women’s Cup. This will be South Africa’s first ever World Cup. Banyana are the current Cosafa Cup Winners. This is sure to be a big confidence booster for the tournament.

Banyana are drawn in Group B along with Germany, China PR, and Spain. Banyana’s opening game will be against Spain on June 8. Coach Desiree Ellis and the team would surely be hoping to start the tournament on a high note.

Along with South Africa, Chile, Jamaica and Scotland will be making their World Cup debuts. Brazil, Germany, Japan, Nigeria, Norway, Sweden, and the United States qualified for their eighth World Cup. This means these teams continue their streak of qualifying for every World Cup held so far.

This year’s tournament will be taking place in 9 cities across France to determine the winner. The Parc Olympique Lyonnais Stadium in Lyon seats 59 186 people and will host the final. The opening game between France and South Korea will be played at the Parc des Princes in Paris which has a capacity of 48 583.

Other matches will be played in stadiums in Nice, Montpellier, Rennes, Le Havre, Valenciennes, Reims, and Grenoble.

Despite excitement over the tournament, the persisting discrimination women soccer players face is hard to ignore.

In 2015 the final of the World Cup was the most watched American sports event on television. Yet, the USWNT still continue to face many obstacles to getting proper material recognition for their achievements. For many years the team has been fighting the gender pay gap. This year they sued for equal pay. The team continues to be paid less than the men’s team despite having greater success.

Banyana Banyana face the same problems. Players protested last year over the gender pay gap and the lack of payment of bonuses.

The current and first holder of the Ballon d’Or Féminin Ada Hegerberg does not play for her home country, Norway. This is because of the continuing disrespect she says women footballers in the country have to endure.

The world is going to celebrate the beautiful game and the talented footballers who will be taking to the field in France. But let’s never forget the continuing disrespect women footballers and sportswomen are forced to endure in the name of patriarchy.