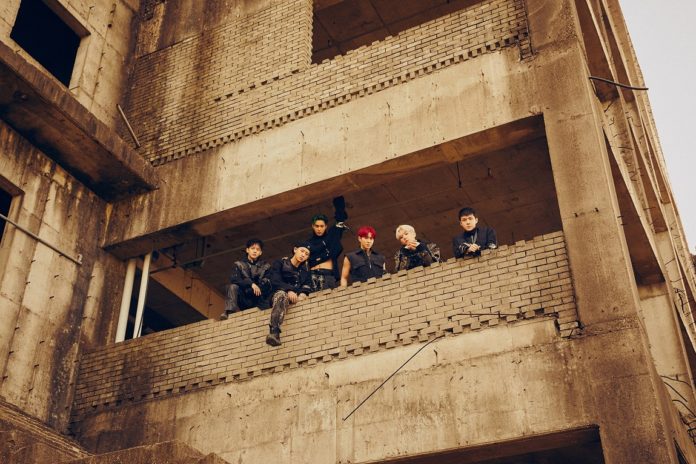 K-pop group EXO made their much-awaited comeback with a sixth album called Obsession on November 27. It’s been more than a year since the group released an album and EXO-Ls (EXO fans) have been waiting. Six members of the group participated in the comeback on November 27 and it was pure fire, as expected.

The Video and Album

BRB, EXO might just have ended everything. The new video was a heartstopping experience from start to finish. The trailer released just a few hours before the actual video did not prepare fans. The video was a whiplash of scenes. It switched rapidly between the “original” EXO members and their supposed clones. As the members belted out the song, the original members and clones fought each other with flashing lights and expert camera work setting the scene.

It was a lot to take in on the first watch, and many EXO-Ls will likely be hitting that repeat button to stream the video and make sense of it all. All the members delivered once again with the visuals and vocals. The song combined a typical EXO sound with smooth vocals and fast-paced rapping and a little something different. The way Suho and Chen slowed down the song towards the ending is perfection. All we can say it Chen’s high note…

With lyrics translated into: “It’s me looking at myself in the mirror,” the group managed to successfully confuse fans and create more theories about the supposed clone versions of the members. The final scene featuring the exploding Red Force just wrapped the video in a way that left the viewer wanting more. Does good triumph over evil or do the clones win? We don’t know but all we can say is we stan.

The back story of the album

Fans were thoroughly confused when the album previews released. The concept trailer dropped on November 8 and it was a lot. All of the members wore weirdly coloured contact lenses. There were also lots of chains and scars and some, erm, interesting make-up.

Soon after the trailer was released, the EXO social media accounts (@weareoneEXO) announced that a new account would be created (@EXOonearewe). In the leadup to the music video and album release, both accounts released individual trailers for the members. The original EXO account released the supposedly “good” side of the EXO members while the new account released the “bad” side of the member. Fans were encouraged to vote for the trailer they liked best with the most liked version getting a special behind the scenes cut.

All K-pop fans know that K-pop is not just about the music or the videos – it is a whole experience. All albums released are a part of a larger story line. These complicated story lines can sometimes extend from the group’s first album to their most recent one. EXO aren’t any different.

The group have used a few recurring themes from their debut album. These include the superpowers each member possesses, a Tree of Life and the eclipse. These symbols have popped up everywhere and left fans guessing about what it all means. If you’re new to the fandom, this is a handy guide about how EXO’s videos might link up. We don’t know if even the EXO members know what is actually going on.

Figuring out these theories and what they mean is a big part of being part of a K-pop fandom. Ever since the trailer dropped, fans have eagerly discussed these online. Now that the album and video are out, we are more confused than ever. But this video was amazing so it doesn’t even matter.

What have the members been up to?

While EXO-Ls have been eagerly waiting for their favs to release new music, they luckily haven’t been left without any content from the members. D.O and Xiumin didn’t take part in this comeback as they are both completing their mandatory Korean army enlistment. Both released music before they went to the army. All Korean men between the ages of 18 and 35 have to perform compulsory military service.

Due to the political tensions between South Korea and China, Chinese member Lay hasn’t fully taken part in any EXO activities in recent years. But he’s released new solo music and even acted in a Chinese fantasy drama.

Group leader Suho starred in The Present, which was a short film by Samsung. The group’s maknae (youngest member) Sehun starred in the second season of Netflix’s Busted. Chen released two solo albums (both of which were beautiful) while Baekhyun released his first solo album. Kai and Baekhyun also debuted in Super M, the group made up of different artists from EXO’s entertainment company, SM Entertainment.

Sehun and Chanyeol debuted as the sub-unit EXO-SC, releasing their debut album. The eight active members met American president Donald Trump after the G20 Summit. Trump was in Korea to meet with President Moon Jae-in and Moon brought EXO along to welcome him.

Although we’re still not sure if that’s a positive meeting.

While the EXO members have been doing all of the things, nothing beats seeing (most) of them together. (Xiumin, DO, and Lay were missed!) The group delivered again and don’t mind us – we’ll be listening to the album for the next while!