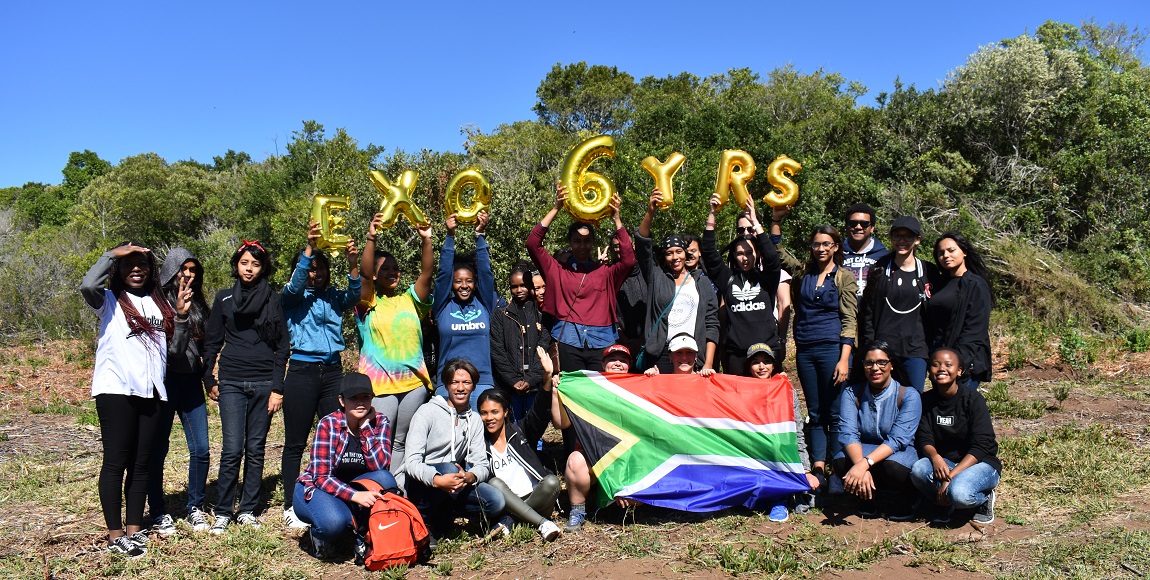 The South African EXO fandom known as EXO-Ls showed their love for the K-pop group on its sixth year anniversary by embodying the groups charitable endeavours. On Sunday April 8, 28 South African EXO-Ls gathered at the Platbos Forest in Gansbaai in the Western Cape and planted 40 trees in EXO’s name. Each tree represented the 40 fan bases that form part of the Worldwide EXO-L Union (WWEXOL). This was part of the South African fanbases contribution to a worldwide six year anniversary project for the anniversary of its debut. “The idea was brought to us by the WWEXOL, which we’re a member of, and we started planning the event three months ago,” EXO-L South Africa said to The Daily Vox.

WWEXOL planned a global project to commemorate EXO’s journey, music and the effect the group had in their lives. “We stand united and loyal… that is our timeless promise. Wherever we are… we are ONE!” WWEXOL said on its fundraiser page where it raised funds to fund charitable endeavours all over the world.

Melissa Limenyande (24) was at the Gansbaai event and said it was awe-inspiring. “We woke up early to travel to Gansbaai and once we got there, the owner told us about the forest and its importance. We planted 40 trees and got down and dirty and it felt incredible, knowing the difference those trees were going to make to the environment,” she said.

Limenyande first became an EXO-L in 2013 after seeing multiple posts about EXO’s Growl music video on her Tumblr account. “EXO is the first K-pop group I got into and their music and personalities made me stay,” she said in an interview with The Daily Vox, “they’re such down-to-earth guys so it’s hard not to be an EXO-L”.

Besides the music and the personalities, the group inspires its fandom to give back and do better. “EXO inspires and encourages us to give back in the same way we receive from them. I also think anything that you love can manifest itself into doing good,” Limenyande said. Another EXO- L, Yasmeen Brown (20) said buying merchandise and albums are all just material things to show support to EXO, doing good in the name of EXO brings more meaning. “Statistics on who sold the most albums or magazines don’t have any meaning if you look at it in the grand scheme of what’s happening in the world right now. If we can do good and at the same time do it in the name of EXO it’s a benefit,” Brown said.

Brogan Anne Philander (19) said the event was absolutely wonderful. “With fellow EXO-L’s we planted trees, shared food and spent much time together in the name of EXO. It was an experience that I will remember forever,” she said.

“As fans we represent EXO, and to show the humility and humbleness EXO often expresses, it is important that we participate in projects that exist to better our communities and environment,” Philander said. Some of the other WWEXOL events this year included a $1000 AUD charity donation to Syrian children via UNICEF Australia, a Sky Lantern Festival in Manila, the Philippines, and 91,300 (approximately R17,000) donated to cancer patients by Team EXO India  Indian EXO-Ls donated the money in the name of EXO and Kim Jonghyun of SHINee who committed suicide in December 2017. It’s easy to see why fans are so inspired. The K-pop group has been involved in multiple outreach projects both individually and as a collective.

EXO member Lay made multiple cash donations to charities and even donated 10 ambulances to children’s hospitals, maternity hospitals, and impoverished hospitals in the city that he was born in in 2016. EXO’s Chen donated 20 million Won (about R227,500) to a non-profit organisation that provides welfare for those living in poverty in Siheung called the Siheung 1% Fund.

Fans have bumped into EXO members delivering briquettes for those living with old heaters in their homes; volunteering in casual clothing and masks to hide their identities.

exo members were delivering coal briquettes so owners could keep their homes heated during cold weather (they had jus landed from china too) pic.twitter.com/LymWwkvXnb

The group also donated all profits from their albums, EX’ACT and For Life and their collaboration song with Yoo Jae Suk called Dancing King to charity.

Likewise EXO has a very charitable fandom. EXO member Xiumin’s fans reportedly donated a total of two billion Won over two years (approximately R2.14 million) to various charities; D.O.’s fans donated 2.5 million Won (approximately R26,747) to Habitat Korea as his birthday gift, and toiletries and other necessities to the Korea Blind Union; and Baekhyun and Sehun’s twin fan page LIGHT, BREEZE donated to the Korea Childhood Leukemia Foundation to celebrate the end of 2016 and beginning of 2017.