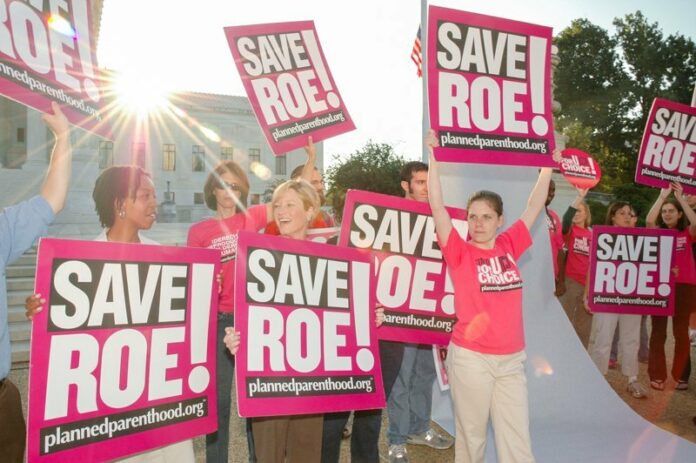 #MyBodyMyChoice: The Right To Safe Abortion Is Protected By Law

Firstly though, what is Roe vs Wade?

It is a 1973 ruling which “guaranteed federal constitutional protections of abortion rights”. During this US Supreme Court case, the court ruled that the US constitution protects a pregnant woman’s liberty to choose to have an abortion. In 1992, the Supreme Court revisited the case and modified Roe’s legal rulings in its 1992 decision Planned Parenthood v. Casey. This case reaffirmed a woman’s right to choose to have an abortion is protected according to the constitution.

In May 2022, Politico obtained a leaked US supreme court draft vote which indicated that the court was preparing to overturn the ruling. This has caused a huge amount of concern for what it means for abortion rights in the US but also what it means for other countries.

So what does the South African law say about abortion rights?

The Choice on Termination of Pregnancy Act 92 of 1996 determines circumstances in which and conditions under which the pregnancy of a woman may be terminated. This act repealed the “restrictive and inaccessible provisions of the Abortion and Sterilization Act, 1975. It aimed to promote reproductive rights and extend freedom of choice by affording every woman the right to choose whether to have an early, safe and legal termination of pregnancy according to her individual beliefs.

The Constitution of South Africa does not explicitly talk about abortion rights. However, there are two sections within the Bill of Rights which mention reproductive rights. Section 12(2)(a) states that, “Everyone has the right to bodily and psychological integrity, which includes the right … to make decisions concerning reproduction,” while section 27(1)(a) states “Everyone has the right to have access to … health care services, including reproductive health care.”

What does the law allow with regards to abortion rights?

Even though there is an act governing abortion rights, there are certain conditions. However, the main one is that, a woman of any age can get an abortion on request with no reasons given if she is less than 12 weeks pregnant. Some of the conditions come into play after the 13 week mark. A women who is between 13 and 20 weeks pregnant can get the abortion for five reasons.

The politicisation of abortion rights

There is no denying that abortion rights and most issues related to women and queer people are extremely politicised. Even if the US courts and laws won’t have a direct impact on changing South Africa’s laws, the impact will still be felt. It will embolden conservative and far-right political groups within South Africa to find ways to constrain rights. In 2018, the African Democratic Christian Party tried to get the 1996 Act amended. They launched a private members bill which proposed showing ultrasound images of their fetuses to all women seeking abortions. Parliament rejected the bill.

It will also mean that there will be less funding for reproductive rights in South Africa and around the world. This means the barriers to access will increase for many. Even with the progressive abortion laws, there exists many barriers. Thes include stigma, obstruction to access by health-care providers, a lack of information about their legal rights under the act, and poor infrastructure and availability of abortion services.

#SizaMap: Where to get a safe, legal abortion in SA

Writing in The Bureau of Investigative Journalism, Chrissie Giles notes that: “Even where abortion is legal, the barriers to easy access are many. The cost of pills or the procedure; having to travel long distances to a clinic, not being able to take time off work or find childcare; the stigma and shame associated with ending a pregnancy.”

8 questions that you were too embarrassed to ask about abortion

During the Covid-19 hard lockdown, many women had extreme difficulties accessing safe abortion care. This was because people weren’t allowed to leave their homes and many healthcare facilities were only dealing with “serious cases”. But even before that Kgaladi Mphahlele, MSF’s choice of termination of pregnancy and family planning activities manager in Rustenburg said there was a lack of abortion care providers.

“Safe abortion care has always been something that I view as health care—I’m helping people in need. At the end of the day, it is the woman’s choice what she wants to do with her body. We need to ensure that women always have access to safe abortion care, especially during a global pandemic.”