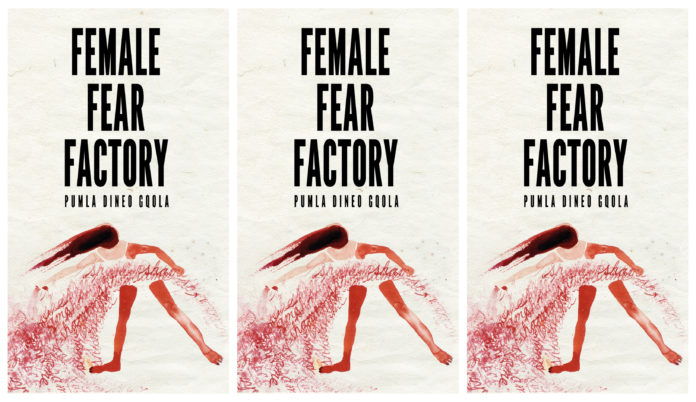 Female Fear Factory is the much­-anticipated follow up to the 2016 Sunday Times Alan Paton Award winner Rape: A South African Nightmare. Like the previous book on which it builds, Female Fear Factory fuses both razor ­sharp intellectual rigour and extensive research. Pumla Dineo Gqola, an icon of South African feminism, brilliantly traces the construction and machinations of the female fear factory by exposing its myths, lies and seductions.

An extract from the book has been republished below with permission from the publishers: Melinda Ferguson Books (an imprint of NB Publishers).

For  many  women,  and  for one  whose  name  is  Leighandre  ‘Baby Lee’ Jegels, this script about protecting yourself is particularly cruel. A black-belt karate champion for four uninterrupted years,  she  was  a  superior  fighter.  She  was  skilled,  measured, composed. When this same woman became an undefeated boxing champion, not only was she obviously a star athlete, but she also entered a level of skillset rarely achieved. Add to this busy international athletic career a degree in Science Education from the University of Fort Hare, and it is clear just what a remarkable twenty-five-year-old she was.

But Baby Lee’s black belt  and boxing gloves  could not stop the  three  bullets  fired  at  her  from  her  ex-boyfriend’s  gun,  nor the one he reserved for her mother, Rita. The protection order against  her  police  officer  ex  should have led  to  the  confiscation of his  gun.  Baby  Lee  was  a  fighter  who  used  her  hands,  her  fists,  her mind  and  the  courts  to  fight.  She  could  protect  neither  herself nor her mother the last Friday of August 2019. Patriarchal violence won against a woman previously undefeated.

It  bears  repeating:  Baby  Lee  was  an  outstanding  fighter and  tactician.  A  violent  police  officer  ex-boyfriend’s  sense  of entitlement to her life, his arrogance in believing that the laws he is sworn to enforce do not apply to him, the knowledge that he  would  physically  lose  against  her  saw  her  bleed  out  next  to her car on the side of the freeway in the city in which I live. As a  Tactical  Task  Team  officer,  Bulelani  Manyakama  knew  how  to plan  the  shooting  and  get  away,  as  he  was  apprehended  in  a  hired car over two hundred kilometres from the scene. He had been involved in a car accident, killing a further two people that day – a  nurse  and  a  librarian  who  were  in  the  other  car.  He  would  die from injuries sustained in this accident a few days later.

Jesse Hess and Baby Lee were murdered on the same day, a week to the day after Uyinene Mrwetyana’s own murder. The two  first-year  university  students  were  nineteen,  while  the  star athlete  graduate  was  twenty-five.  They  could  have  contributed so much to the world. All three cases, extensively covered in the  media,  were  high  profile.  Because  Uyinene  had  first  made the news because she was missing, the news of the murders of these women hit the national headlines at the same time. It felt like there was a killing spree of women across the country.

This is because there is. There were many other cases of women targeted for violence in the news at the same time, and many more that did not make the news. If it felt like there was a war against women in South Africa that week, it is because there is.

Four scripts. Women raised in patriarchal societies know these well. We also know that there are more, and none of them keep us safe. Instead, they exhaust us and kill us. They require constant work and vigilance and they still do not work. In addition to the lie of ‘safety’ constantly dangled ahead of us, which we know is elusive, but which we are socialised to pursue, there is another sinister dimension. Knowing the magnitude and scale of what we are up against because it is paraded daily is not enough for patriarchal control. When women constantly modify their behaviour in pursuit of the unattainable safety, they take on the responsibility of what misogyny creates. Women are held responsible for their safety.

We  have  to  refuse  this  burdensome  responsibility  and  fight  for a safe world for all of us. Walking wounded as many of us are, we  are  fighters.  Patriarchy  may  terrorise  and  brutalise  us,  but  we will  not  give  up  the  fight.  As  we  repeatedly  take  to  the  streets, defying  the  fear  in  spectacular  and  seemingly  insignificant  ways, we defend ourselves and speak in our own name.