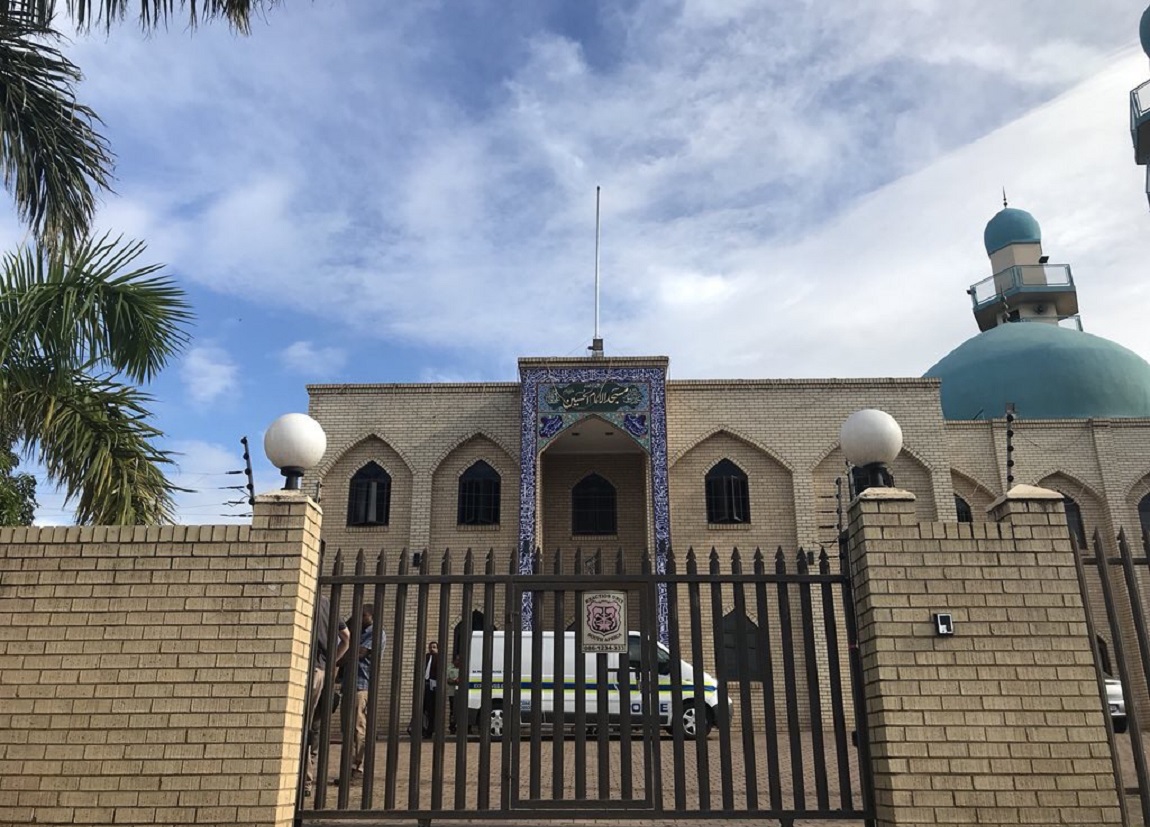 The Verulam mosque attack which took place in Ottawa. KwaZulu Natal last week Thursday, and left one person dead and two others seriously injured, has left the Muslim and wider South African community scared. There have been no significant leads regarding the attackers and their motivations behind the attacks. There have been speculations of sectarian violence, internal conflicts and extremists elements. However, there has been no definitive answers, for now. The Daily Vox team takes a closer look at the issue.

On Sunday night with the community still reeling from the attack, a device was found at the mosque which was later confirmed by the Hawks to be a bomb. The device was attached to a cellphone and placed under a chair at the Imam Hussein Mosque.

“We have a brief meeting with the explosive unit members, they confirmed that its mechanism is an explosive but they haven’t analysed what chemicals its made of. We’ll leave it to them as experts to explain to our communities on what it really is,” said Simphiwe Mhlongo, KZN Hawks spokesperson.

On Friday, the Hawks announced that they had found elements of extremism in the case saying it was ‘one of its kind’ in SA. Family members of the deceased, residents and some sections of the Muslim community in South Africa has also called the attack an “act of terror.”

Farid Esack, professor in the study of Islam at the University of Johannesburg has attributed the attacks to sectarian violence saying it stems from an escalation of anti-Shia rhetoric in South Africa: “One regular guest scholar from the UK, an engineer, has been hosted in mainstream mosques, and in talks where I have been present, it was definitely hate speech that was being spouted.”

“This kind of language easily finds fertile ground in dysfunctional and disturbed individuals. While these individuals remain ultimately responsible for the heinous crimes they commit, those who watered the gardens of hatred cannot walk away and simply say: “We had nothing to do with it’,” said Esack.

With regards to speculation that the attack was ISIS-related (Islamic State), the executive director of the Afro-Middle East Centre, Na’eem Jeenah, said it’s too early to talk about ISIS and that all this is feeding into fear mongering because there is no information about the people who carried out the attack.

“There was some accusation that it was Egyptians; someone else said it was Iranians; South Africans…there is no indication of what their motive might have been […] All this kind of talk is really speculative and a bit irresponsible.” Jeenah said.

While South Africa has not been plagued by the same problems of extremism and terrorism that has faced many other countries on the African continent, it does not mean South Africa doesn’t have similar root issues.

A 2017 report by the Institute for Security Studies (ISS) looked at the threat of violent extremism that faces South Africa. It found that the terms violent extremism and terrorism do not have universally accepted definitions, which makes them problematic descriptors.

The report concluded that the threat of extremism in South Africa is still considered low. However, the conditions which have been shown to lead to extremism in other countries are prevalent in South Africa. Lastly, the report notes that despite the threat being low, the possible fallout of an attack could be devastating and means that any threats would be considered and monitored.

The report recommended that government and civil society needed to endeavour to better understand the nature of violent extremism in South Africa through research, the threat it poses and the ways it may evolve. There was also a call for the upskilling of intelligence and security personnel to deal with the evolving nature of the threats as South Africa has not experienced an attack in many years and the country’s ability to respond is untested. Other recommendations include fostering inclusivity and social cohesion and allowing for grievances to be addressed. Lastly, the report says the media has the responsibility of proper coverage by providing accurate information and avoiding sensationalist reporting.

We reached out to ISS for comment on the issue, but the organisation is not commenting on the mosque attacks at this time, given the limited facts available.