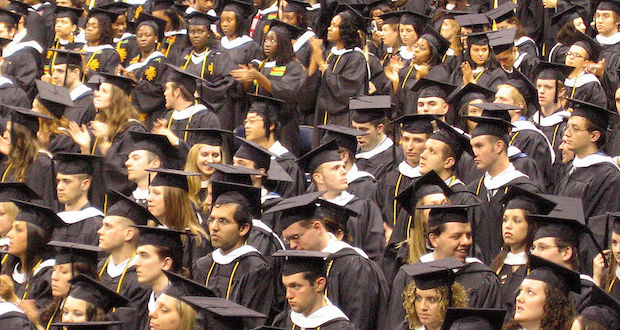 A growing number of public figures have been exposed for misleading the nation about their academic achievements. Although, in some instances, the people involved have resigned, lying about your CV doesnâ€™t always seem to hurt your employment prospects. PONTSHO PILANE looks at the most high-profile instances of this type of fraud. When asked to provide evidence of her qualifications, Tshabalala said her degrees had been (conveniently) stolen during a house robbery. To make matters worse, it was later revealed that Unisa had not readmitted Tshabalala to redo the postgraduate diploma, because she scored only 13% for Human Resources, one of her modules.

Ellen Tshabalala thought 13% was enough to get a degree. No lady, even VAT requires more. Pallo Jordan, ANC MP (resigned)
Probably the most disappointing of all the fake-qualifications scandals involved struggle stalwart and one of the nationâ€™s leading intellectuals, Dr Pallo Jordan. South Africans were left reeling when the Sunday Times exposed Jordanâ€™s lack of a doctorate in August 2014.

Jordan claimed to have obtained his doctorate from the London School of Economics (LSE). However, upon enquiry, LSE denied having any records of Jordan studying there. Â Soon after the scandal, Jordan resigned from Parliament, as well as from the ANCâ€™s national executive committee. Mohau Pheko, ambassador to Japan (incumbent)
Former South African ambassador to Canada Mohau Pheko claimed that she had obtained a doctorate from LaSalle University, an unaccredited university that sold degrees online. According to her CV, Pheko obtained her PhD in 2000 â€“ but the university had been shut down in 1996. She says that she registered at the university, but it shut down and before she could complete her qualifications. Phekoâ€™s fake qualifications were brought to the attention of officials in 2009, when she was appointed as ambassador to Canada, but it seems her lies did not faze the South African government, which later appointed her to the same position in Japan. Her fraudulent CV became public knowledge only last month, and the Democratic Alliance has called for her suspension. Nico Bezuidenhout, acting SAA CEO (incumbent)
Businessman Nico Bezuidenhout, who was appointed to the Mango board in 2006, rose to the position of Mango CEO and is now acting South African Airways CEO â€“ all without a degree. During his rise to the top Bezuidenhout, along with the SAA (which claimed an â€œediting errorâ€ was at fault for misstating his qualifications in its 2011 and 2012 annual reports), misled the public into believing that he held a BCom degree in transport economics and industrial psychology, as well as an MBA. In November last year, City Press reported that Bezuidenhout had dropped out of two universities, the Rand Afrikaans University (now University of Johannesburg) and Unisa, before completing his degree. However, Mango claims Bezuidenhout had never lied when presenting his qualifications to them, and pointed the finger of blame squarely at SAA. Mninwa Mahlangu, US ambassador (incumbent)
Just days after Phekoâ€™s fake qualifications were exposed last month, South Africaâ€™s new ambassador to Washington, Mninwa Mahlangu, became the latest official to have his academic credentials called into question. Mahlangu insists that he obtained a long-distance BA degree from Fairfax University in 1995. However, it has been reported that this institution is an unaccredited degree mill and has since â€œrelocatedâ€ to the Cayman Islands. Hlaudi Motsoeneng, SABC COO (incumbent)
In February 2014, then-acting SABC chief operating officer (COO) Hlaudi Motsoeneng was found guilty of lying about having a matric certificate by public protector Thuli Madonsela. Motsoeneng claimed that he had matriculated from Metsimantsho High School in QwaQwa in 1995. However, Motsoenengâ€™s lawyers stated that he had not lied about his matric results when he first applied at the SABC and that the SABC knew he did not have a matric qualification. So, although the public protectorâ€™s findings declared that Motsoeneng had committed fraud, his position since has been made permanent.