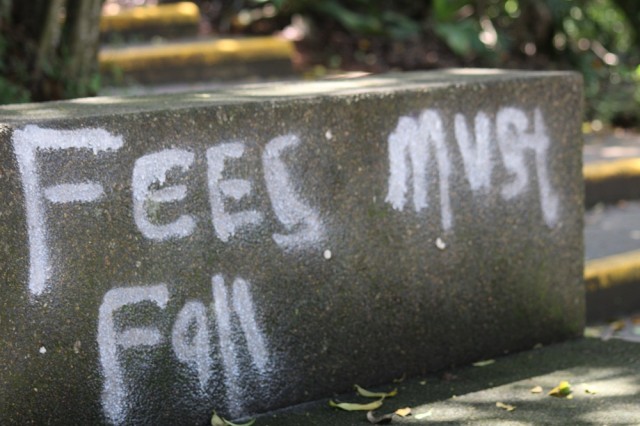 I went back to the over 36-minute-long 702 interview between Nomboniso Gasa and Wanelisa Xaba. Due to a breakdown caused by an aggressive and hostile general posture and particular invective interventions by Gasa, the interview deteriorated, lasting only half the interview time, about 16 minutes. I must credit Xaba for greeting Gasa with, â€œHi mama,â€ and acknowledging Gasa as her senior, deserving of the respect our culture makes available between young and old.

I went back to the interview because Gasa, in what she claimed is distortion of historical facts by Xaba, kept saying (without finishing Xaba’s sentence) â€œthe ANC did not hijack PAC…â€ Xaba had said the ANC hijacked Pan Afrikanist and Black Consciousness â€œnarrative.â€

And because Xaba was responding to a question by a caller, her use of the word â€œnarrativeâ€ would be better contested as right or wrong if she could just finish her response to the caller’s question.

Gasa, selecting to erase the all-important word â€œnarrativeâ€ from Xaba’s articulation, before her tirade against Xaba, would not only deny Xaba finishing her response to the caller but continue to say â€œthe ANC never advocated for multi-racialism but advocated for anti-racism moving towards non-racialism.â€

There, I was mortified by Nomboniso Gasaâ€™s selective memory of history.

Gasa then sanitised innate ANC capitulations embodied in charterism betrayal. One could say, what the Moshoeshoes, Maqomas, Bhambathas fought for before the formation of the ANC – the return of land to its rightful people and our dignity – had become concrete betrayal in black and white (excuse the pun) by the 1955 adoption of the Freedom Charter. This clearcut sell-out charterist vision does not even begin to talk to imminent sell-out seeds already pregnant within the ANC, long before the Freedom Charter.

There were already in the ANC, before Freedom Charter, leaders who were exemption-hankering literati. Mqhayi in one of his poems castigated Jabavuâ€™s askari tendency with these words:

â€œDiligently, it [iMvo Zabantsundu] traced the roots of the black nation/ Bloated with lumps/ Pregnant with the grievances of the people/ Roaring like a lion/ Snarling like a bear that has lost its youngâ€¦ Then it happened during the election of 1898, the Paper ignored most of the issues important to the African people. The last straw was when the young man [Dr John Tengo Jabavu] called on the people to support candidates from the Bond [Afrikaaner Bond], thereby biting the hand that fed him [Black people who supported Jabavu and the paper].â€

John Tengo Jabavu, who founded a national paper and Fort Hare University, may not be a Dr Alfred Xuma who was an American-trained physician and leader of the ANC in the 40s, but they both represent a group of blacks caught in civic limbo, craving exemption to whiteness-strata, where they are incorporated and recognised as humans like whites.

Tambo, who came later, is no different or better. He is part of this sell-out ANC tradition. Blunt to main contradictions that define our struggle, Tambo saw the black solidarity of Biko and Sobukwe as something the ANC began with but was unsustainable. Tambo’s soporific reflections on black consciousness cited from the Fourth Quarter 1977 edition of the ANC journal Sechaba are condescending if not wholly dim-witted (I’m trying to be as respectful as possible).

Oliver Tambo said: â€œ[The ANC] have developed to the position where we expect all the people in South Africa to form part of the movement for the transformation of the social, political and economic situation. Black Consciousness, looked at from this point of view [narrow and ephemeral], is just a phase in the struggle. It is not outside the struggle for humanityâ€” on the contraryâ€” it grows into the mainstream which has been set by the African National Congressâ€¦â€

Gasa protests against Xaba’s â€œnarrativeâ€ without even hearing her out. She says that what the ANC advocated for was â€œnonracialism being inclusive in the anti-racism struggle.â€ This misunderstanding, Gasa claims created â€œa cleavage [that] emerged between the ANC and PAC (as its break away).â€ I find this to be a bad case of ANC apologia or bad faith. It’s far from what Tambo refers to as passing â€œphaseâ€.

By passing “phase” Tambo (and, I want to believe, Gasa too) buys into what Biko cautions us against when Biko talks about:

â€œ[The] false premise that because it is difficult to bring people from different races together in this country, therefore achievement of this is in itself a step forward towards the total liberation of the blacks. Nothing could be more irrelevant and therefore misleading.â€

Nomboniso Gasa’s multi-racialism apologia and infidelity of meaning doesn’t even recognise that Sobukwe had to coin non-racialism as a fundamentally radical term to help the imagination for self-determination to uproot itself away from regression embedded in the denotations of the day.

For Gasa, the term non-racialism was invented by the ANC and is consistent with the ANC anti-racism project. Nothing could be further from the truth.

What Gasa promised in the beginning of the interview, â€œassisting with sober conversationâ€ did not transpire. Panashe Chigumadze and Jackie The Poet from Cape Town each got their ration of venom from Gasaâ€™s razor tongue. When Xaba said that structures of oppression concurrently need to fall, hence coining fallism as an ideology that emerged in 2015, Gasa said she has difficulty with â€œthe howâ€â€¦ â€œwhenâ€ and the â€œwhat happens after thatâ€ of fallism.

The imagination of reconstruction of black humanity, Xaba cited as decolonisation against transformation. She said: in the light of deconstructing the foundations of white supremacist patriarchy, transformation is mere reformism. Because it doesnâ€™t do away with the structure of oppression and white violence.

The caller who got Xaba on the wrong side of Gasa’s aggression came on to say that the ANC took power to do away with or correct colonisation, so Xaba can’t blame Zuma, Mandela, and Ramaphosa for colonisation.

Framing the post-94 project in CODESA talks, compromises that left the economy in white hands, Xaba then argued that the ANC has hijacked the narrative of PAC and Black Consciousness. She said the ANC was supporting multi-racialism, when Sobukwe and Biko advocated for black-only solidarity.

There, I do not see how Xaba was factually and historically incorrect and deserving of such hostility. But Gasa would rather end the conversationÂ because she had the power to do so, as her foreword threatened. Perhaps Black consciousness ideology in which Xaba dabbled pushed the host to crack her neo-liberal whip.

I probably would not have gone with Xaba coining fallism as ideology, because I do not think fallism has had the time to provide advanced theoretical work that renders Black Consciousness wanting. For me, Black consciousness as a means to articulate black pain is sufficient to add to, rather than collapse. I would say, using words from Jared SextonÂ  that fallism would have to pronounce its ideological outlook: â€œOn matters of political and social theory (i.e., power), law (i.e., right) and philosophy (i.e., ontology, epistemology and ethics) as much as history and historiography (i.e., the archive and the question of writing).â€

Fallism is going to have to pronounce its ideological outlook in terms of blackness as a structural position of non-communicability. Here I think fallism as an ideology would have to do the work Frank Wilderson III calls for when he says: â€œAbstract a conceptual framework (regarding structural positionality), a methodology (regarding paradigmatic analysis) and a structure of feeling (regarding the politics of antagonism) that, taken together, remain implicit in [RhodesMustFall instances of resistance] and the work of various luminaries of black studies but whose full implications only become available when they are rendered explicit and raised to another level of theorisation.â€

Rithuli Orleyn is a Black Consciousness, Pan Afrikanist thinker. A student of natural sciences from UCT and IT Business Analysis from CPUT. A contributing editor for The Con Mag and Afrikadaa. He hasÂ written for Mahala and mainstreams like Mail&Guardian. He isÂ Â working on a book of Black short stories from psychoanalytical vantage. He isÂ also a songwriter for SAMA and Oscar nominated Nomfusi Gotyana (nominated for her first two albums and for the Mandela movie respectively).