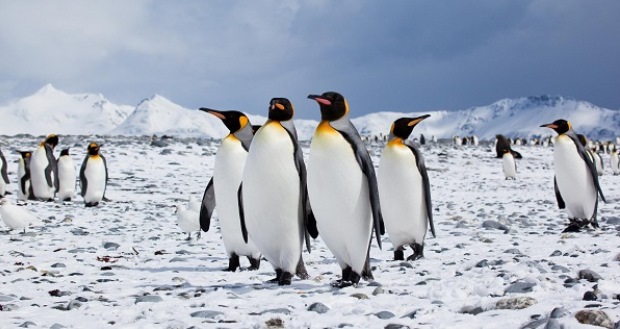 We know in the past week things have been pretty lousy, but 25 April is World Penguin Day. So to cheer you up here are some penguins doing adorable things, and some other ways to celebrate this momentous day. Youâ€™re welcome.

The cuteness, itâ€™s too much!
You canâ€™t celebrate World Penguin Day without baby penguins. This video of a baby chick taking its first steps, narrated by Kate Winslet, will give you the cuteness overload that your Monday needs.

Penguin fails
We know that ice, by its very nature, is slippery. You’d think penguins have evolved to be able to walk on it without flailing about, right? Not so much. These penguin fails, and the noises they make when they tumble down, are hilarious.

Poke the Penguin
But if youâ€™re tired of watching these penguin videos, the internet is a wealth of penguin games.Â Oya AyaÂ is a Japanese game where you play jump rope as penguins and in Penguin Skate 2,Â you play a penguin skating down a hill on a skateboard, trying to grab candy canes.Â  Poke the PenguinÂ is a game where you just poke a penguin until itÂ exacts its revenge.

PS: We take no responsibility for productivity lost on these games. Penguin gifs, anyone?
Want to share your love of penguins? Why not do it with a ton of gifs? You can troll your friends all day by sending them an endless stream of penguin gifs. We’re sure theyâ€™ll appreciate it.

Watch penguin movies
But if youâ€™d rather celebrate it with the least amount of effort, you can just watch a bunch of penguin movies. Happy Feet, Penguins of Madagascar, March of the Penguins, Surfâ€™s Up and Mr Popperâ€™s Penguins are some of our favourites.