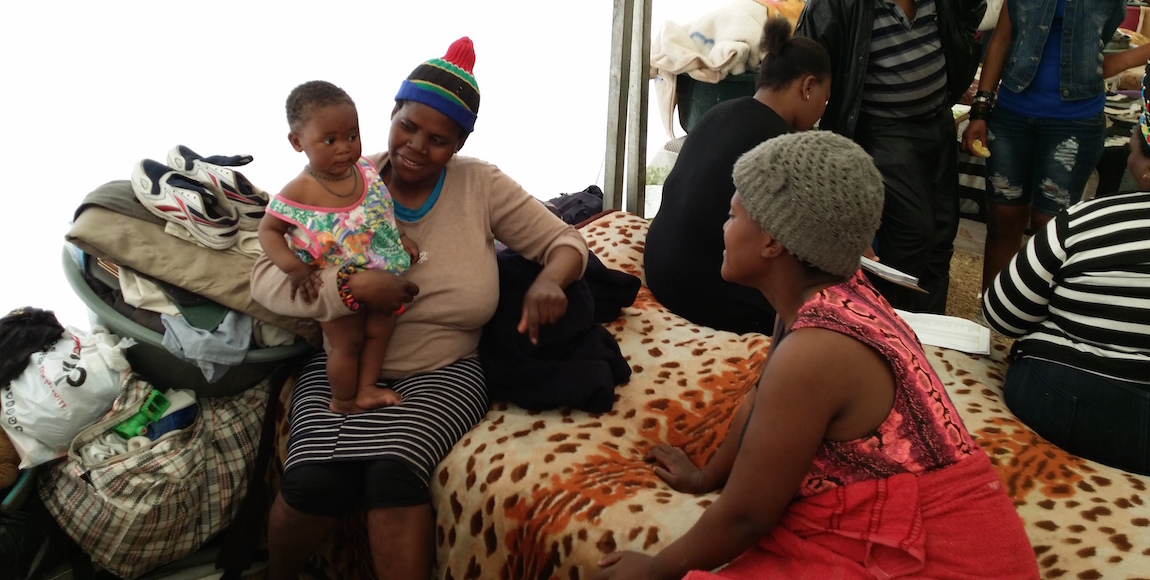 Former residents of Fattis Mansion, a dilapidated block of flats in the Johannesburg CBD have told the Daily Vox that they are upset about the way the City and media have cast them as “illegal foreigners” who had â€œhijackedâ€ the building.Â A â€œhijacked buildingâ€ is commonly understood as property that has been taken over by criminals from absent owners or rent collectors. These buildings, usually dilapidated, are occupied by people who then pay rent to criminals collecting money illegally. But Fattis Mansion residents say they are South African and that they were legal inhabitants of the building. Residents were evicted last week and relocated to Wembley Stadium in Johannesburg South on Thursday morning, after spending the night on the street outside the building.

They complained that many of their smaller belongings, such as clothing and appliances, were dumped as trash. Furniture and larger items were dropped off at Wembley Stadium by a Pikitup truck. Residents said City workers treated their belongings without regard and caused serious damage.

â€œEverything is broken. Even my knitting machines for work. They just dumped everything here with trucks,â€ an elderly resident told The Daily Vox. The City could not be reached by the time of publication.

Another resident said: â€œI donâ€™t understand because we bought the property at Fattis Mansion, we have the documents to prove it.â€

Khululiwe Bhengu, a candidate attorney from the Socio-Economic Rights Institute (Seri), said Fattis Mansion was not a case of a hijacked building.

â€œThe people who were evicted comprised of many owners and tenants who were leasing from actual owners. Weâ€™re still compiling the details we collected from residents on Saturday, but the data will be available tomorrow,â€ she said.

Fattis residents they had pressured â€œforeignersâ€ out of the building in December last year, as they believed them to be responsible for the criminal activity – specifically gangsterism, murder and drug trafficking. Residents said that since then, the crime in Fattis was no longer a problem. The City has until Thursday to file a report on the alternative accommodation for Fattis residents. Residents are being represented in court by SeriÂ who were on the scene on Saturday. Seri are applying for the eviction order to be rescinded.